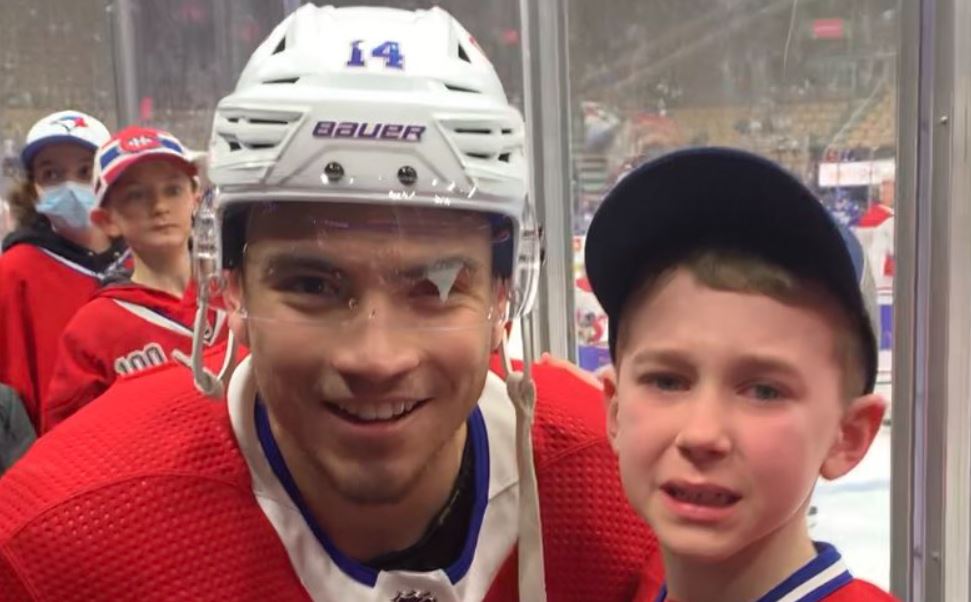 For a few months we have known that the Canadian will have a captain for the 2022-23 season. It has been repeated a few times by the organization (particularly on the sidelines of the deal where Shea Weber was sent to Las Vegas) and it seems only a matter of time before an announcement is made.

I envisioned a scenario where the announcement would be made when CH announced its first draft pick for a few weeks, but I doubt it will.

When it comes to job applicants, Nick Suzuki is a favorite of many people. The young center is an integral part of CH’s future and, despite its 22 (soon 23) years, it shows truly impressive maturity and leadership. However, I personally lean a little more on Joel Edmundson.

And when asked about the role of captain, Suzuki has shown he understands the implications of such a mandate.

#Habs Nick Suzuki ahead @timandfriends: “Especially for being the captain of Montreal #canadianit’s a great honor and a lot of weight on your shoulders, but if it happens to me or anyone else on the team, I will support them and hope to get the same support. “

Number 14 says he knows it’s a great honor, but the role also has a heavy weight on his shoulders. After all, we’re still talking about the captain of the team with the richest history of any NHL lineup.

However, Suzuki also said that no matter who is named team captain, he hopes they can enjoy the support of the entire team. If he’s not successful, he intends to support whoever he is, and if he’s the chosen candidate, he hopes his teammates do the same.

I hope so too.

Suzuki also said he would be present at the repechage on July 7. He continues to spend a good part of his summer in Montreal and this allows him to better enjoy the draft experience.

He’ll be at the Bell Center on July 7 … will my script eventually manifest?

And speaking of the draft, Shane Wright told TSN that he doesn’t really care about Bob McKenzie’s roster (in which he’s ranked # 2), relying instead on his discussions with members of the organization. He also claims to be the ideal candidate to offer to 1-2 punches in the center for CH, a recurring feature for teams claiming top marks.

Will Captain Suzuki announce that CH enlists his future mate at the Shane Wright center on July 7th? Imagine the Hollywood movie script for a moment!

In terms of adaptation, Wright says that if selected by Montreal he and Suzuki can form a dynamic 1-2 in the middle that all Stanley Cup contending teams have.

– Derek Lalonde would have gotten an interview for the position of head coach of the Red Wings.

Keep an eye on 👁; they told me @TBLightning Derek Lalonde was in Detroit to meet @D DetroitRedWings yesterday re their vacancy HC. @espn @NHL #Hockey on Twitter

– What will happen with Brock Boeser?

With just over a week ahead of the draft and just over a week until July 11, the talks between the Canucks and Boeser camp have been pretty quiet. I think there has been some interest from other teams on Brock. The QO is $ 7.5 million. Let’s see what happens here.

– Nice gesture from the CH goalkeeper.

– What would a trade be like that sends Alex DeBrincat to the Senators? [TSLH]

In a few weeks, Kent Hughes will be at a first market opening in his role as DG https://t.co/FEtexFx6g3

Speaking of the Royals, they would make excellent business partners for the Blue Jays. https://t.co/nAKXiEdoGV