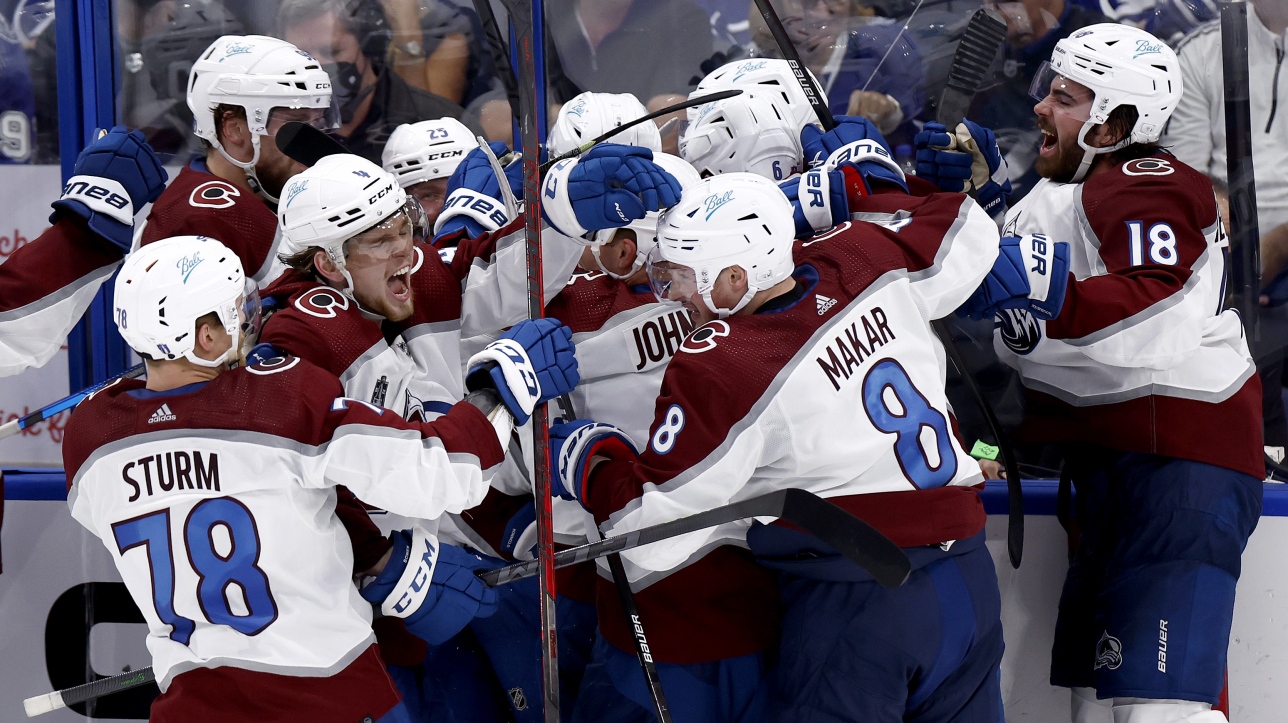 Nazem Kadri scored in extra time when the Colorado Avalanche defeated the Tampa Bay Lightning 3-2 in Game 4 of the Stanley Cup final on Wednesday night.

The Avalanche lead the 3-1 series and only have one victory to go to win the cup. They could be crowned home champions on Friday.

Kadri, hero to overtime on his return!

After a bad first period of play, the Avalanche have recovered as well as having clearly dominated the duration of overtime by taking control of the opponent’s territory. Devon Toews and Bowen Byram hit the post, while Logan O’Connor broke away, but in the end it was Kadri who was the hero upon his return.

It took Tampa Bay Lightning just 36 seconds to make their presence felt in the game. A first shot at the goalkeeper’s face made Darcy Kuemper lose his mask, then Anthony Cirelli recovered the return to open the scoring.

Subsequently, the Lighning continued to hit the opponent’s net, dominating 17-4 in the shots. On the other hand, Andrei Vasilevskiy was less busy, but he also took advantage of 13 blocks ahead of him.

“For a good part of the game we played as we wanted. It is very difficult to lose a match like this, but we will change the page quickly, ”said lightning striker Alex Killorn.

“We are in the Stanley Cup finals, three games from making history, so I don’t think fatigue is a factor,” he added.

Avalanche finally entered the draw at 5:17 of the second period. Vasilevskiy blocked Mikko Rantanen’s opening shot with his pad, but the puck was deflected by Nathan MacKinnon’s left skate as he rotated in front of the net. It was his first goal in the final.

The Lightning regained the lead five minutes later on a Victor Hedman backhand shot that Kuemper should have parried after the defender had crossed half the ice.

Erik Cernak and Anthony Cirelli both retired to the locker room in second place; the first after blocking a shot, the second after contact with Alex Killorn. However, they returned to their places to end the game.

The Avalanche drew the game again in the third period. Nico Sturm thought he had his first playoff goal and his very first in the AVS kit, but in the end the goal was awarded to Andrew Cogliano, who grazed the puck before he entered the cage.

The Avalanche will have a chance to lift their first Stanley Cup in 21 years on Friday in Denver, Colorado.

MacKinnon scores in spite of himself!

Hedman pays for the individual effort