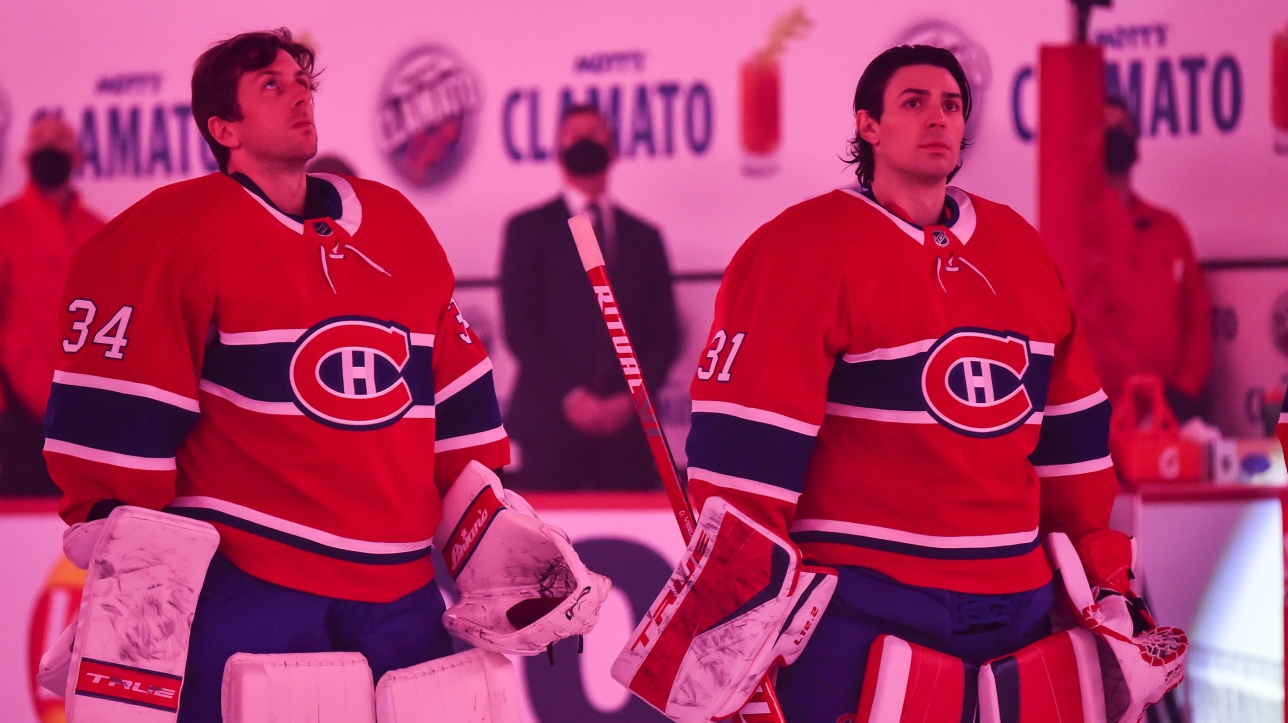 MONTREAL – The dust is subsiding within the Canadiens organization after the news of Carey Price’s absence. Despite the clouds looming over the goalkeeper’s health, Kent Hughes’ lackluster report provoked a reaction.

“When it is announced that your star will not be able to start the season and that it could end in the long term, it will surely be a big disappointment. I always believed that Carey would be back, in her career she had overcome some knee problems. But with Kent’s responses, our shoulders dropped a little. It’s just part of our environment and that’s why you have to have good drafts and hire good players, “commented Bouillon minutes before the launch of the Desjardins Securities golf tournament for the benefit of the Children’s Foundation. Canadians.

“I am very surprised by the core of young people we have”, Francis Bouillon

“We cross our fingers because things change quickly in hockey. But it doesn’t look very good right now. It would be a big loss for the Canadiens if Carey couldn’t play, “he added in an interview with La Vallée du Richelieu Golf Club.

Geoff Molson, the president of the Habs, was also present at this tournament and played cautiously in his remarks.

“He means a lot to the organization, I’ve known him for almost 15 years. He is a winner, he wants to get back on the pitch, but unfortunately he has to take some time to recover and it takes longer than expected, ”he noted, acknowledging that it makes his heart beat faster.

Yes, it hurts because I know him very well and he is a very high quality goalkeeper. But I know that he is a competitor and that he will do anything to come back someday, ”added Molson.

Inevitably, the biggest influence will fall on Jake Allen. The 32-year-old goalkeeper said he was ready to play as number one goalkeeper when he joined CH in 2020. By the way, he will have inherited this role on a regular basis.

Geoff Molson is thrilled with the arrival of the young players

“First of all I think about him. We would have liked him to be with us, he is the face of our organization and our leader. Unfortunately, this is the news that has been announced and we have to negotiate with the cards at our disposal, ”Allen said.

“Nothing really changes for me as I’ve played a lot and well in this role over the last few years. I look forward to this opportunity and there is optimism within the group with the changes and the arrival of some young players, ”said the New Brunswick goalkeeper.

An excellent hockey analyst, Allen believes the duo he will complement with Samuel Montembeault can handle.

“Yes, I think Sam played well, I really believe him, in the second half of the campaign, as long as he felt comfortable. He is a good young goalkeeper and he is impressive. He’s a Quebecer, it’s a good context for him, ”identified Allen, who knows the hockey fervor in Quebec from playing with the Montreal Juniors and the Drummondville Voltigeurs before being traded to the Canadiens.

However, Allen will often think of Price, an ally he respects the most.

“We will miss Carey and can’t wait to see him on the ice again. He is a good person, he has been wonderful to me since I arrived. I will never be able to replace him, but I will do my best, ”said Allen, who struggled with two injuries last season.

An inevitable relaunch, supported by the fans

Stephane Robidas, who was playing in his first event with the organization since leaving in 2002, would have had an easier time in his new position as defender coach in the presence of Price.

The only option is to remind players not to try to do too much. This is all the more true as the Montreal Defensive Brigade is undergoing a reconstruction.

“It’s a cliché, but we take it one day at a time and, as Martin (St-Louis, the head coach) said, we focus on the process and not the results. There will be ups and downs, “agreed the one whose career ended in 2015.

His candidacy did not interest St-Louis at all, development represents a large field of interest.

“Obviously it challenges me to be able to continue in this direction. Since I finished playing, that’s more or less what I’ve done and I’m passionate about it. Hockey has come a long way since 2002. I think of what is done with skill coaches like Adam Nicholas that I met in Toronto. There has been a great development. “

Since taking office, Robidas has watched a lot of videos, especially since St-Louis entrusted him with a small project on this side.

This increase no longer seems to scare the big boss. Mr. Molson was thrilled to see the reaction from fans during this summer’s draft.

“It’s amazing how, even though we finished in 32nd place, the fans are there for us. I believe that in recent months the fans have been waiting for us to renew, to start over. Everyone is happy and I hope it goes well, ”she concluded.

“I can’t wait for it to really start”, Stéphane Robidas