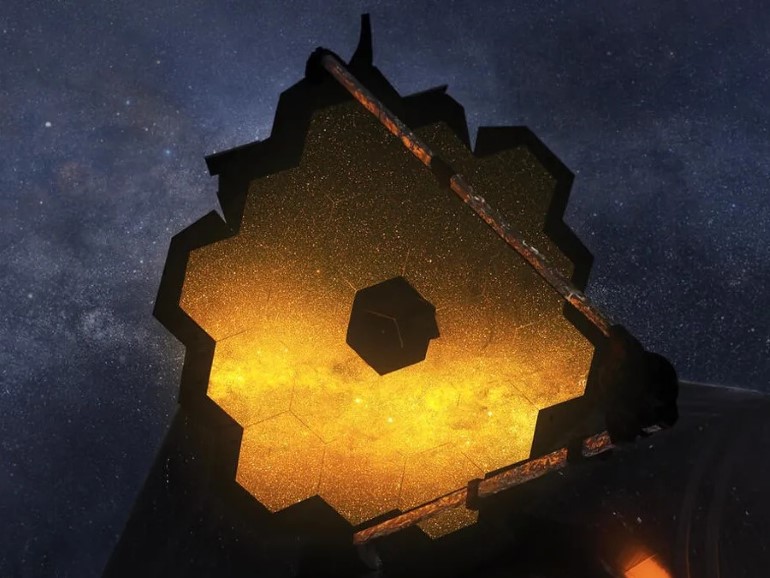 Launched at Christmas last year, the James Webb Telescope, intended to (in part) replace the old Hubble Telescope, has finally reached its final destination. After the set-up, test and adjustment phase, NASA is finally ready to transmit the first captured images.

The appointment is for July 12, 2022, and here is everything you need to know to not miss the event.

How to attend the live event?

NASA will host a special real-time event on its YouTube channel. The start of the live broadcast is scheduled for 4:30 pm Paris time.

If you’d rather watch the images leisurely at your own pace, NASA will also post them one by one (to keep the suspense alive) on this page. https://www.nasa.gov/webbfirstimages What to expect from the first images?

The preliminary images published so far are only the result of the calibration of the device. As a result, it is difficult to see what the first “real” images will be.

Billed as groundbreaking and groundbreaking, this $ 10 billion project raises high expectations in the scientific community, extremely curious to discover the possibilities of a device that promises the discovery of things people would never have thought of.

What you need to know about infrared imaging

James Webb works mainly on the infrared spectrum. That is to say, he detects wavelengths outside the spectrum visible to humans.

Designed to cover a wide infrared range, it will allow observation of extremely distant objects. In fact, like an elastic that stretches, the wavelengths lengthen with distance to the point of leaving the observable Hubble domain before reaching the Spitzer one.

This broadband will allow James Webb to see the sky like never before. For comparison, it would be like looking at the sky from an isolated area, away from any artificial light instead of looking at it from a Parisian park. 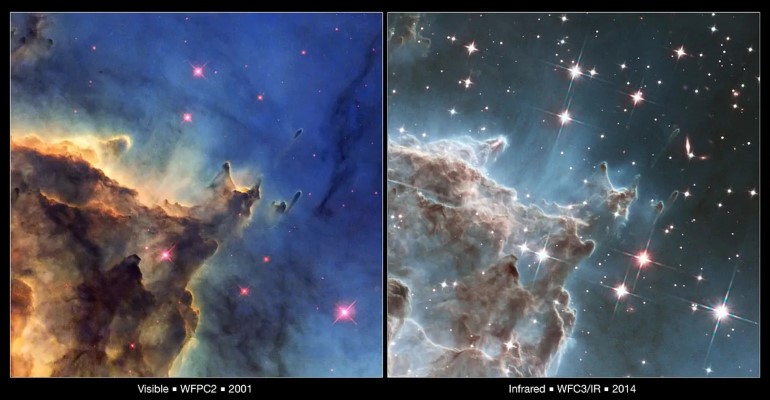 Comparison between an image taken in the visible spectrum and one in the Hubble spectrum. Note that James Webb is much more efficient in infrared than Hubble. Credit: NASA / ESA

This new tool should allow scientists to observe phenomena that previously escaped them, verify (or not) the theory on the history of the Big Bang and, why not, help to know if we are alone (or not) in the universe.