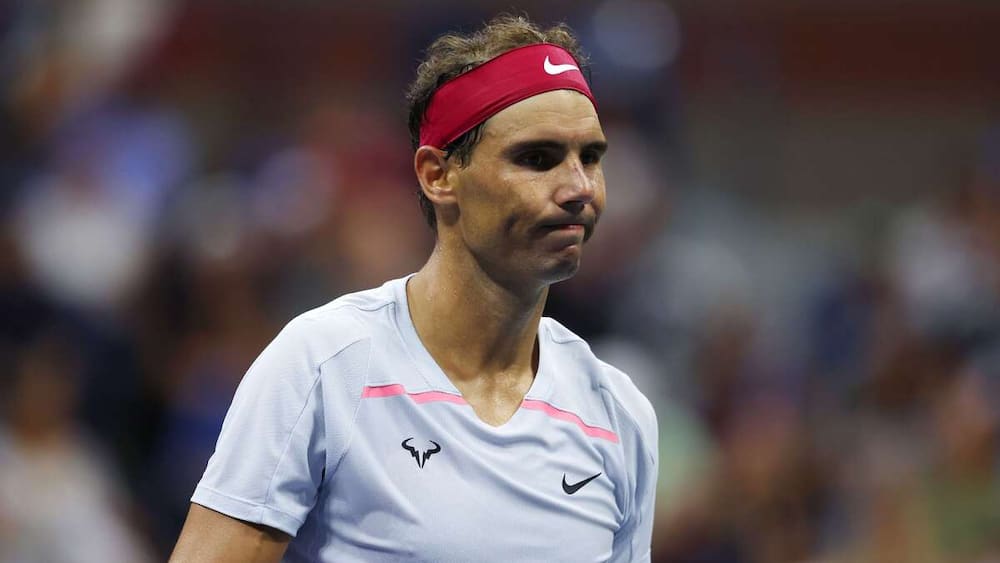 After a first half all the more breathtaking because it was unexpected, Rafael Nadal fell into a downward spiral until his elimination in the round of 16 on Monday at the US Open, a disappointment that puts his end of the season into question. .

“Now I have to go home, I have to take care of more important things than tennis,” said the 36-year-old Spaniard, whose wife is pregnant. According to the Spanish media, she had been hospitalized but, without denying it, Nadal had assured at the start of the tournament that she “was doing well”.

“Then we will make the decisions that need to be made, depending on what happens in my personal life, which comes before my professional life,” he added.

“Hopefully”, Nadal still hopes to play in the autumn in Europe, where the Paris Masters 1000, the ATP Finals (formerly the end-of-year Masters) and the Davis Cup finals are scheduled.

If the US Open ended on a bitter note, the Majorcan could still have recovered his place as world number 1, automatically sold by Daniil Medvedev who was unable to defend his American title beyond the round of 16. However, by leaving New York prematurely, Nadal gives his compatriot Carlos Alcaraz and Norwegian Casper Ruud the chance to sit on the throne he was sure to recover if he made it to the final.

Because after a white second half of 2021 with a pain in his left foot, and a Covid taken in December, Nadal wrote a new page in the history of tennis in January 2022 by winning the Australian Open (at the end of a titanic final against Medvedev), becoming the first player to win 21 Grand Slam titles.

He also won the first three tournaments he played in 2022. He then reached the final of the Indian Wells Masters 1000 where, dwarfed by a rib injury, he retired.

Returning to clay contests, he proved superhuman at Roland-Garros, where he used injections of anesthetic to overcome unbearable foot pain and win the tournament for the 14th time! And he takes the record to 22 Major titles.

Back at Wimbledon, it was an abdominal tear that forced him to give up before his semifinal.

Physically recovered, he returned to New York for the first time from the title in 2019. Unconvincing in the first three rounds, he failed to overcome the obstacle Frances Tiafoe in the round of 16.

“I tried. I had trained quite well, I was happy with my preparation. Maybe I lacked a bit of freshness, of running in, of things that are difficult to explain and of tranquility”, he observed, assuring, as usual, above all not to look for excuses.

“You can analyze, find excuses, review everything that has happened in recent months, but the reality is quite simple: I didn’t play well and when you don’t play well you don’t win. I didn’t know how to go up to the level I was going to take in this tournament, that’s all, “summed up Nadal.

In the absence of competition, a body probably not exactly 100% and above all a less intense psychological commitment than usual will have been right for the Spanish course. But not enough to cloud the champion’s season, according to his compatriot and former world number 2 Alex Corretja.

“For me it’s a miracle that Rafa won in Australia and Roland-Garros, so what can I say? She is our icon, she is the greatest example for our sport and, if she lost today (Monday), Frances (Tiafoe) must have played at an incredible level because she gave everything she had. ” said the consultant of Eurosport Corretja.

The person concerned is far from these considerations: “I will close the year with something much more important, my first child”.