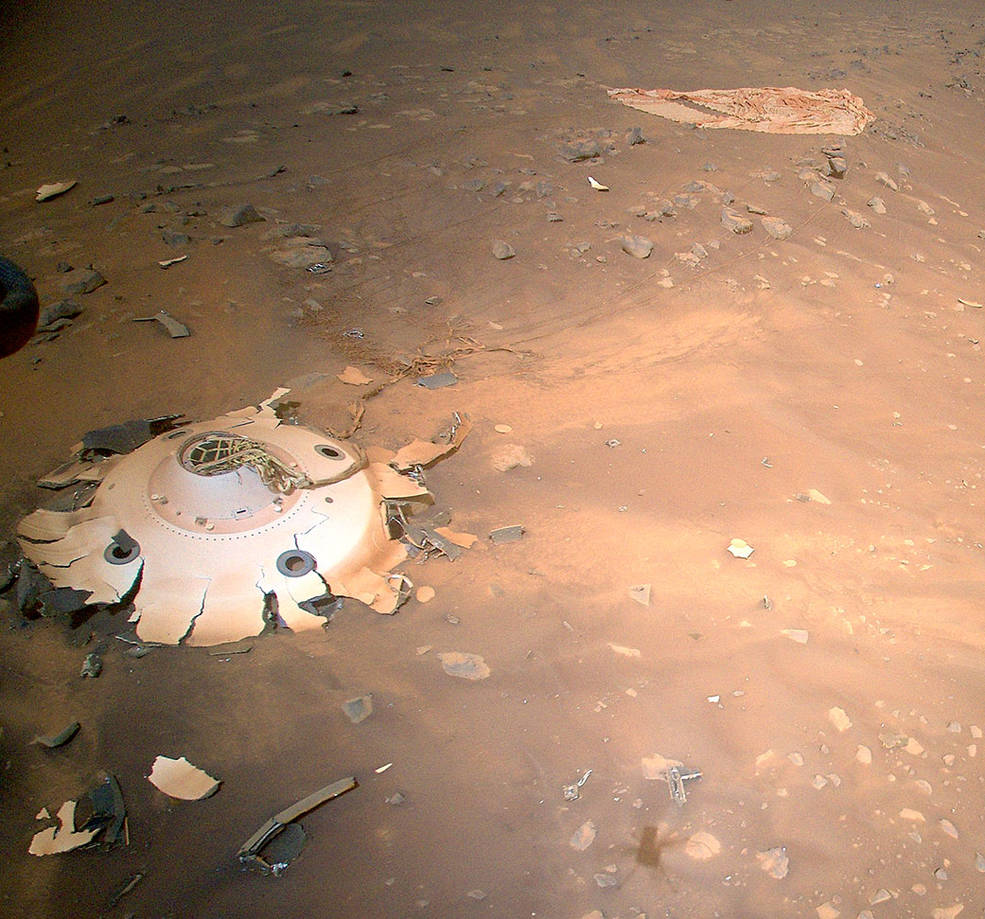 Image taken by the Ingenuity helicopter of the crash site (parachute and rear shell) on Mars. Image: NASA / JPL-Caltech.

NASA’s Perserverance Mars rover and its Ingenuity helicopter search for signs of ancient life on the Red Planet. But what they most often encounter is debris from their own landing.

Detailed color images taken from Ingenuity’s helicopter show a parachute and aft hull located 1km from the Perseverance landing site. These parts are part of the entry, descent, and landing (EDL) hardware that was washed onto the planet’s surface when Perseverance landed on Mars on February 18, 2021. A NASA blog post shows that debris discovery doesn’t stop. there. After the parachute and back shell were identified, other smaller pieces of EDL hardware were spotted on the planet.

On April 16, 2022, NASA spotted unusually bright material in an image from the Mastcam-Z camera. This “shiny material” has not been identified. It was not identifiable until the Perseverance rover entered the Hogwallow Flats area, nearly 2km from the crash, and returned a high-resolution 360-degree Mastcam-Z panorama.

It was then that the EDL team was able to identify the shiny material as a Multi-Layer Insulator (MLI), possibly belonging to the overhead crane. The material matched the pattern of the thermal blankets used on the spacecraft, which are made of Perforated Aluminized Kapton (PAK) or Mylar, probably what looked like the shiny material in the images.

As more images of the Hogwallow Flats area were produced, more EDL debris was discovered, such as a piece of Dacron netting, commonly used in thermal blankets. 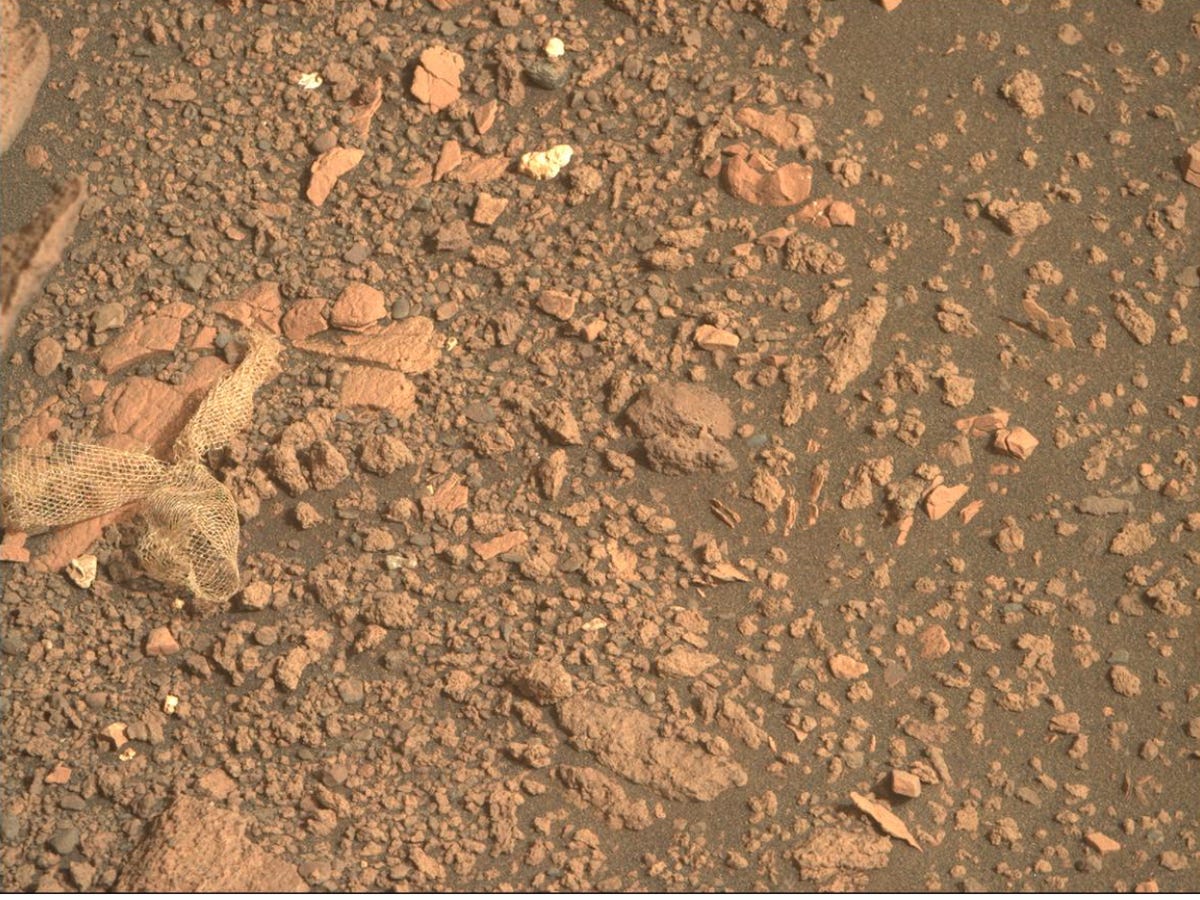 Although the mystery of the nature of these objects appears to have been solved, the question of how they managed to get this far from the crash remains unanswered. According to NASA, this could be due to the energy of the crash ejecting the materials into the air, the small pieces that were thrown out of the crash ballistically, or simply the wind blowing the pieces away.

Watch out for debris for future missions

For the moment, the rubble is of no concern. However, the team will continue to save items as they are found. EDL debris is common on these expeditions, as it was also found at the Curiosity rover site.

Aside from the fact that they are not very tidy, what does this mean for Perseverance and future missions?

NASA explains that as camera technology improves, future missions will be able to more easily identify this type of debris. “Engineers designing EDL hardware for future missions will need to consider the impact (literally) of their Mars project and mission requirements,” the space agency said.