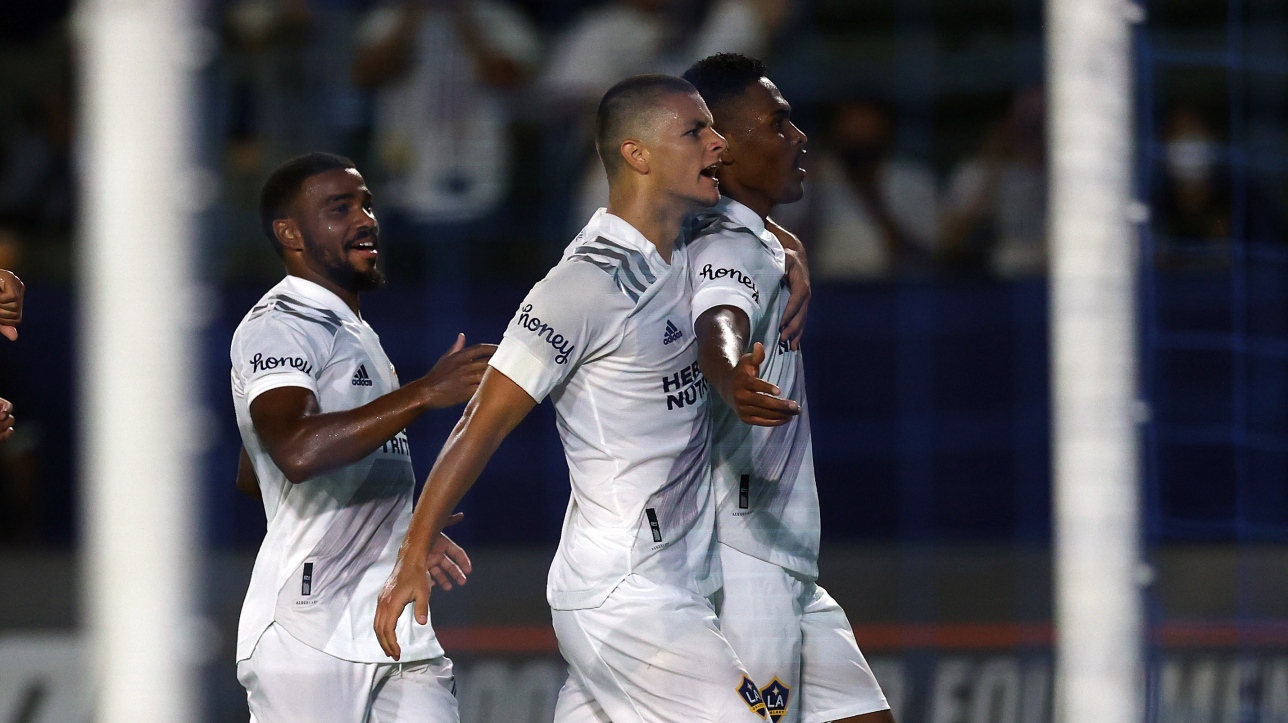 Chicharito scored his seventh goal of the campaign in the eighth minute. Samuel Grandsir then crosses Efrain Alvarez sends a header to Chicharito, which hits the mark between the legs of Sebastian Breza.

The Galaxy doubled their pillow early in the first-half penalty, awarded after the referee consulted the replays.

Joel Waterman’s hand was rejected in the penalty area.

Jovelvic never misses an opportunity, scoring his fifth goal in four games. He scored from the left, Breza chose the wrong side to dive.

Waterman’s hand was committed after a short header from Serbian Joveljic.

The penalty was a very unfortunate outcome for Wilfried Nancy’s club, especially as Galaxy had a conservative style for many minutes.

Jovelvic gave way to Victor Vazquez in the 56th minute.

First he took advantage of a perfect cross from Julian Araujo, then he scored after a good series of short passes, including a stunning heel strike from Araujo.

“It was that third goal that hurt us,” noted coach Wilfried Nancy. The 2-0 half-time score was pretty bad. We came back with the hope of scoring and getting back in the game, but we conceded goals at the beginning of the second half. “

“We had some dangerous situations at the start of the match and we didn’t manage to score. So those who watched the match will know that the final result is serious “, he added, underlining his moderate disappointment with the performance of his troops.

CF were looking to continue on the heels of their 2-1 win in Seattle last Wednesday. The team was looking to set an all-time MLS record with a fifth road win in a single season.

“We knew very well that we would come here to face a team that had everything to lose, due to the difficulties of the last few games,” Nancy stressed. We approached the game by losing opportunities to score a goal that could have done us well. But yes, it will have to be tight. There was a penalty, but you can’t concede four goals like that. ¢

The Montreal club will play again on Saturday night at home, against Sporting Kansas City.

Alvarez is one of 12 Galaxy players from California.

The Galaxy improved their home record against Montreal to 4-0-1, including a 9-1 dominance in goals.

The visitors ‘first threat came on 6’ from the left flank, a low cross from Jojea Kwizera, destined for Ismaël Koné. The latter made a fork, but too high.

In the 11th minute, Lassi Lappalainen was frustrated with a right hand from Galaxy goalkeeper Jonathan Bond. Romell Quioto had worked well before the sequence.

Three minutes later Grandsir loses a great chance posted on the right of the net, on rebound.

On 26 minutes, a burst of speed from Joaquin Torres forced Mark Delgado to overhang his right elbow, earning him a yellow card.

On the counterattack that followed the free kick, Grandsir crossed a little too much for Chicharito.

About fifteen minutes before half-time, Lappalainen makes no compromises against the formidable Mexican, smothering a sustained charge from the Galaxy.

In the 38th minute, Samuel Piette was guilty of a yellow card, at Alvarez’s expense.

As we approached the quarter game in the second half, Alistair Johnston deflected a little too sharply towards his goalkeeper on an opposing cross, forcing Breza to be careful.