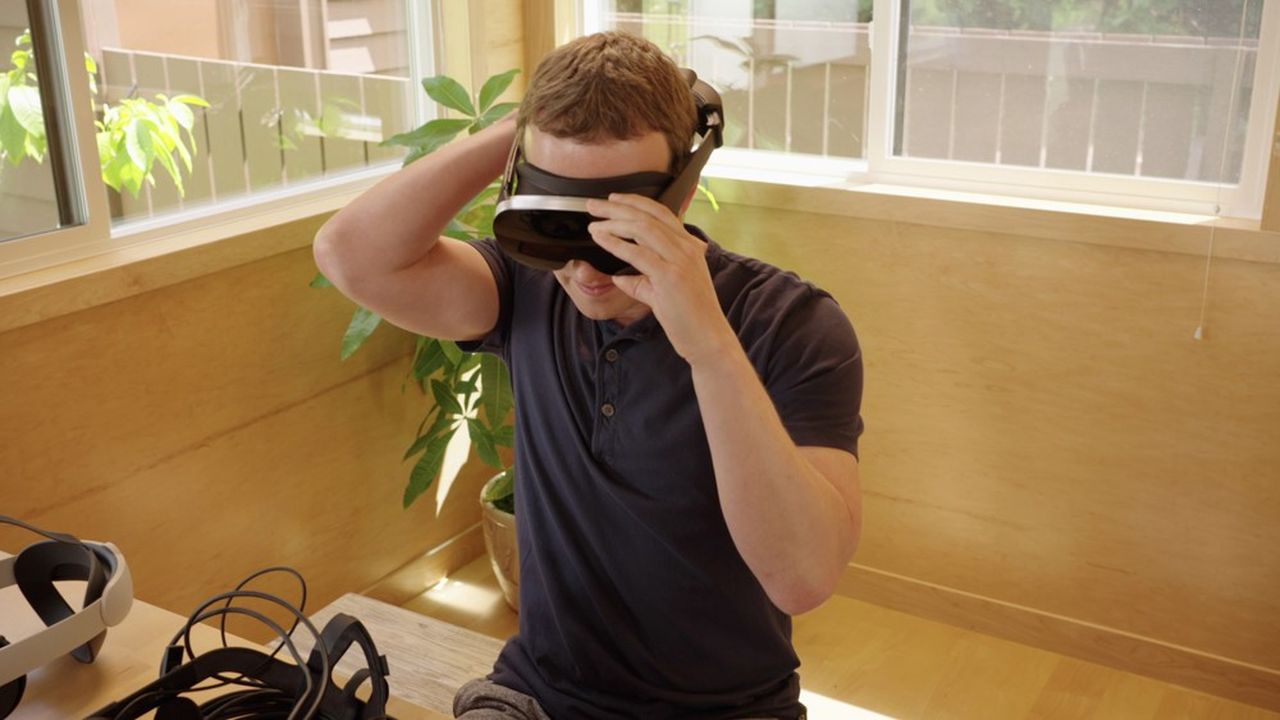 In an unusual exercise, Meta (the parent company of Facebook, Instagram and WhatsApp) recently opened the doors to its research and development labs. During a videoconference organized by Mark Zuckerberg in person with several engineers of the group, the social network giant presented a series of prototypes of virtual reality helmets, one more futuristic than the other.

The exercise comes as investors worry about the fortunes swallowed by the Menlo Park group to develop the technologies of the metaverse, a hyper-realistic digital universe that Meta is betting on for its future growth. The group’s Reality Labs division lost $ 10 billion last year. And in the first quarter the group burned another 3 billion there, for just 700 million in revenues … Just at a time when the group’s growth is slowing down sharply, Meta needs to reassure the credibility of its bet.

It is extremely ambitious. The goal of the R&D teams is to create visualization systems at the same level as human vision. Internally, engineers speak of the “Virtual Turing Test” – referring to the famous test devised in 1950 to evaluate the ability of a computer program to pass for a human being. Likewise, Meta wants its headphone users not to be able to tell if they are seeing a screen or the reality of the outside world.

“It is much more complex than displaying a realistic image on a computer or television screen,” says Mark Zuckerberg. Human vision incorporates many parameters that must be reproduced if we are to trap the user’s eye and brain. Meta teams then developed several prototypes, each trying to solve one of the multiple challenges of the “Virtual Turing Test”.

The first device Mark Zuckerberg takes out of his bag is the codename “Butterscotch”. It aims to drastically increase the number of pixels in the display. Ideally, you should have 8K resolution, across the full field of view of the VR headset, much larger than a TV screen. Meta teams have managed to more than double the resolution of the Quest 2 (the headset currently on sale), to approach that of the human retina. “We can draw the 20/20 line of an optometric chart [ceux utilisés par les ophtalmologues, NDLR] “, Mark Zuckerberg exults. But for this the engineers had to sacrifice half the field of view and the device remains heavy and bulky.

The second prototype is called “Half Dome” and deals with the subject of depth of field. This is solved in the helmets currently on the market. But “in the real world, the lens of our eyes acts like a lens and is constantly changing shape to focus on what we’re looking at,” says Mark Zuckerberg. After experimenting with mechanical variable focal screen systems in 2017, Meta switched to an electronic version, simpler and more robust. The helmet is thus able to follow the gaze and adapt the depth of field according to the place in which it is worn, a bit like the autofocus of a camera.

A hologram of the lens

A third model, “Starbust”, for its part, wants to offer brightness and contrasts equal to natural light, which means multiplying them by one hundred compared to what current helmets do. The prototype is so heavy that it has handles.

To solve this big problem of size and weight, Meta has one last toy: “Holocake”, a helmet more like a simple balaclava, in which the light does not pass through a lens, but the hologram of a lens. The only problem with this holographic system is that it would require a reliable and most importantly inexpensive laser to power it.

Eventually, all of these solutions will need to be integrated into one device. Meta also modeled this helmet of the future, called “Mirror Lake”. “Nothing in physics prevents us from getting there,” boasts Mark Zuckerberg – even though he’s careful to propose a date. Not to mention that in addition to the display, it will be necessary to solve many other problems at the level of the sensors, the on-board computing power, the battery …

According to Mark Zuckerberg, the first devices to exploit the novelties of the Meta labs will also be probably too expensive for the general public and reserved for professionals. This will already be the case with a helmet called Project Cambria, expected by the end of the year, which is aimed at companies and will be the first to incorporate a gaze and face tracking system to allow avatars to make eye contact and communicate. with facial expressions. One small step for the metaverse, one giant step for Facebook engineers.