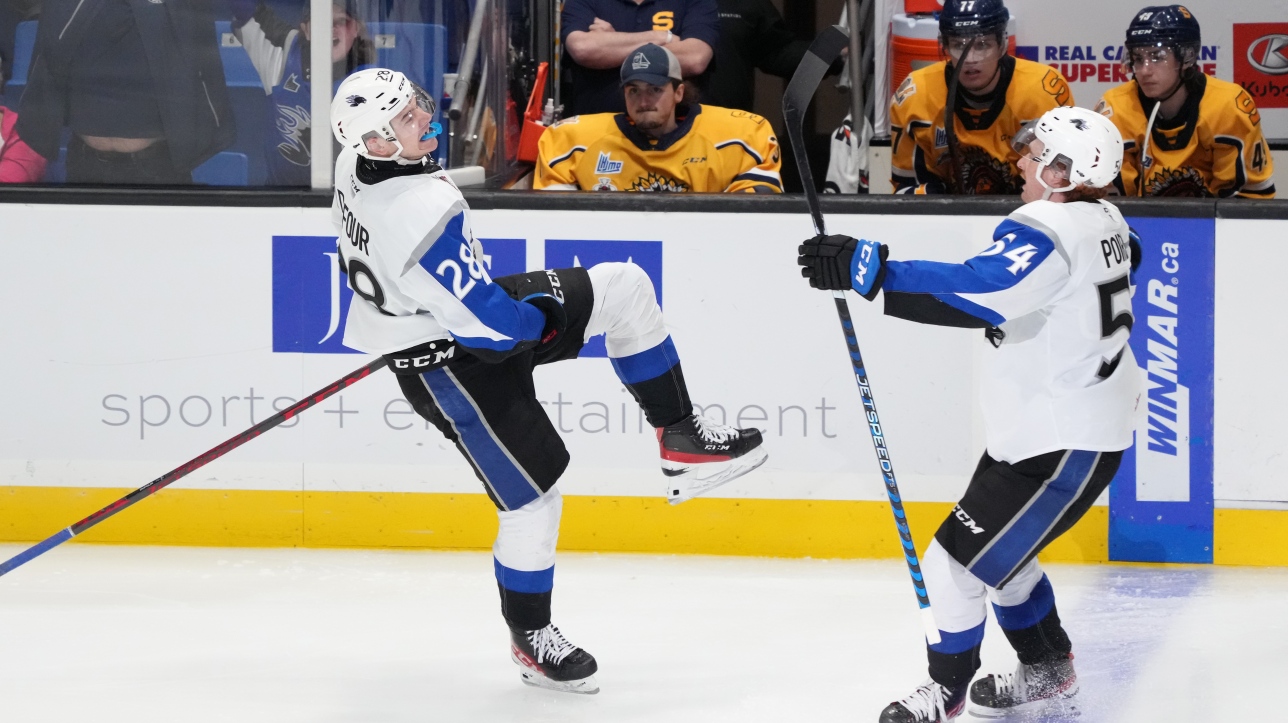 Dufour scored four goals and the host of the tournament came from a three-goal deficit before beating Shawinigan Cataractes 5-3 on Saturday at TD Station to close the preliminary round.

More than a month after being surprised by Rimouski Océanic in the first round of the QMJHL playoffs, which led to the dismissal of manager Gordie Dwyer, the Sea Dogs will then play for the Canadian Hockey League title on Wednesday.

For their part, the Cataractes, champions of the QMJHL, will play Monday in the semifinals against the Hamilton Bulldogs. On Thursday, Mauricie’s side defeated the OHL champions 3-2.

Dufour was the star of the game. She fired 15 of the 36 shots on goal, allowing the Sea Dogs to overthrow the Cataracts.

Jérémie Poirier has also hit the target for the Sea Dogs, who will aim for the second Memorial Cup title. Nikolas Hurtubise has stopped 26 shots.

The Cataractes opened the scoring immediately after 49 seconds of play, when a shot from Rafanomezantsoa slipped into traffic.

Both goalkeepers made some good saves afterwards, but the Cataractes managed to widen the gap before the end of the period.

Nadeau first deflected a shot from Zachary Massicotte in the top half with 5:27 left.

Veillette then beat Hurtubise with a good backhand with 43 seconds left.

The tide turned rapidly in the second period when Dufour played the charge for the Sea Dogs.

Dufour scored two goals in a 21-second interval for the first time. He beat Coulombe with a low and accurate time and then a high shot on the side of the glove.

Last season’s most valuable player in QMJHL was still not satisfied. Dufour completed his hat-trick at 8:38 of the second period. He took advantage of his comeback after pushing into the net.

The Cataractes took five minor penalties in a row in the second period and the Sea Dogs ended up making them pay for their indiscipline. Poirier put the home favorites ahead at 14:12 on power play with a long-range shot from the shield side.

Dufour continued to haunt Coulombe in the third period. He scored his fourth goal of the night at 1:57 into the match, thanks to another shot from the side of the glove.

Hurtubise and the defense of the Sea Dogs thus managed to neutralize the attack of Cataractes.

Hurtubise went there with some aerobatic maneuvers in the last moments of the match, after the Cataractes replaced Coulombe with an extra forward.

Cataract opens the markings after 49 seconds

Nadeau doubles the advantage of the Cataractes

Warning, the Sea Dogs are back!

Poirier puts the icing on the cake with a spectacular comeback!