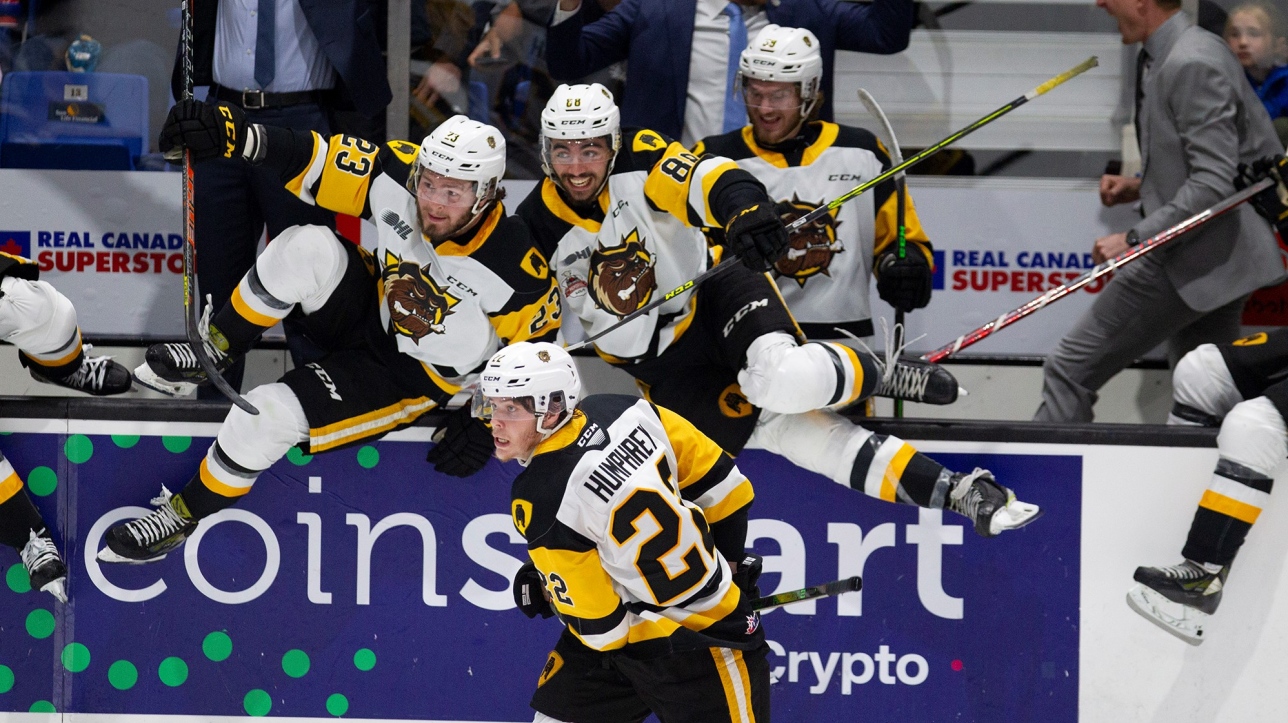 Potential Canadiens client Jan Mysak had not yet scored or scored in three games since the start of the Memorial Cup. Let’s say that in the overtime Monday night in the semifinals the moment was right to unlock.

Mysak hit the target to play the heroes after 10:08 of overtime to help the Hamilton Bulldogs join the Saint John Sea Dogs in the Memorial Cup final.

“Nathan Staios held the puck on his stick for two minutes and I was wrestling with a defender,” said Montreal prospect Canadiens Mysak. I saw the shot and made space for myself. I diverted the disk and it went online. Not bad! “

The Bulldogs beat the Shawinigan Cataractes 4-3 in the semifinals.

This means that two Canadian hopes will participate in the final, since in addition to Mysak, defender Arber Xhekaj is also part of the Bulldogs team.

Hamilton could win the Memorial Cup for the first time, while Saint John will aim for his first title since 2011.

The Bulldogs were the first to knock on the door early in the match. Mason McTavish served a superb feint to goalkeeper Antoine Coulombe, before seeing his shot hit the shaft.

Moments later, the Cataractes also had bad luck, as Daniel Agostino in turn deflected a puck from the crossbar.

Then, with just over five minutes of play in the opening period, Mavrik Bourque took advantage of Maximilien Ledoux’s colossal work to open the scoring. Ledoux worked hard to allow the Cataractes to keep the puck, which ultimately ended up on Bourque’s stick in front of the net. This goal allowed Bourque to record his 7th point of the tournament and take the lead in scoring.

Hamilton wasted no time in offering the rebuttal. Moments later, Artem Grushnikov redirected a superb McTavish pass behind Coulombe to bring everyone back to square one.

McTavish returned to office very quickly in the interim period. He let go of a major league pitch from the top of the engagement circle to put the Bulldogs in the driver’s seat for the first time in the match.

True to form, the Cataractes refused to surrender. Olivier Nadeau then deflected Isaac Ménard’s shot into the net to equalize the game 2-2.

Towards the end of the second period, the Cataractes have a great chance to take the lead, but Charles Beaudoin and Bourque were frustrated by goalkeeper Marco Costantini, who excelled at keeping the equalizer.

The Cataractes came very close to finding themselves in deficit in the middle of the third period. Avery Hayes shot on reception from the mouth of the net and the puck cut the goal line, but officials confirmed that there was no goal on the winning streak due to the referee’s whistle, judged hasty by the Bulldogs, which was was heard shortly before.

Shawinigan then made sure not to waste this little gift that fell from the sky. Moments later, William Veillette deftly deflected a shot from the far end of the net to put the Cataractes ahead midway through the third period.

Then, on their 36th shot of the match, the Bulldogs came in from behind with a goal. With 6:04 left in the third period, Logan Morrison shrugged off Augustine’s cover to take a pass in the slot and bounce the score back to 3-3 and force extra time. Xhekaj collected an assist on the winning streak, his 4th point of the tournament.

Halfway through overtime, Mysak redirected a Nathan Staios shot to give the Bulldogs the last ticket to the final.

Goalkeeper Coulombe played a good game in the defeat, stopping 39 of the 43 shots he faced. At the other end of the track Costantini blocked 33 discs.

This is how the dream run of the Cataractes ends, aiming for their first appearance in the Memorial Cup final since victory in 2012. Shawinigan won the President’s Cup two weeks ago.

The final will take place on Wednesday evening, at 6pm broadcast on RDS.

Morrison surprises the Cats in the slot

None other than Mavrik Bourque opens the scoring

It is the Cats’ turn to draw the game

Morrison surprises the Cats in the slot

Jan Mysak sends the Bulldogs to the final