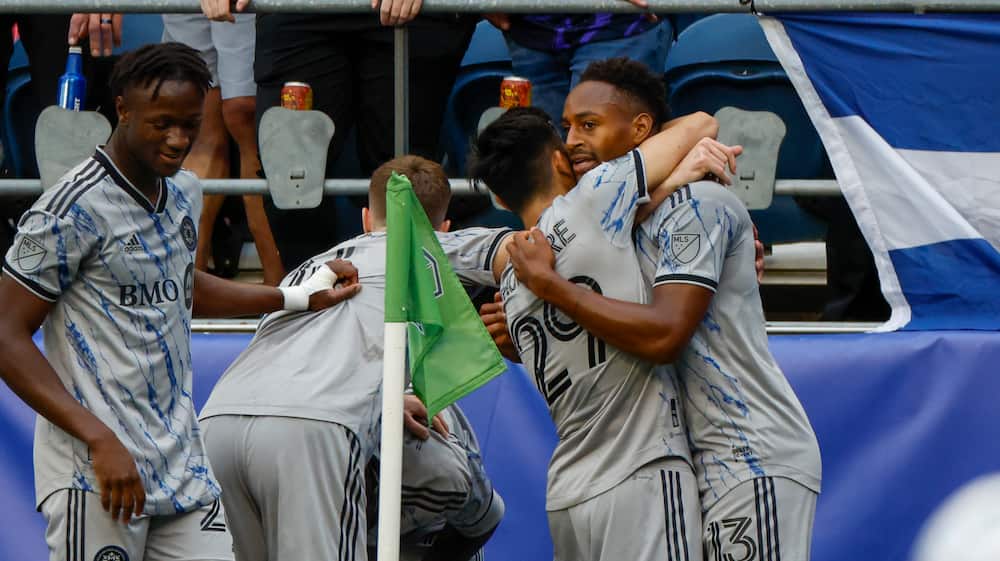 Thanks to a brace from a healthy Mason Toye, CF Montreal scored a strong result in Seattle by beating the dangerous Sounders 2-1 on Wednesday night. For the Bleu-Blanc-Noir, this victory is also synonymous with a summit in the East.

Here is Wilfried Nancy’s ranks at the top of his federation after 17 games. His 29 points and nine wins put him in second place ahead of the Philadelphia Union. This is the second time this year that Montreal has taken the lead. In May, he raced there after a record streak of victories.

For Toye, it was the first start in more than 10 months. A groin injury made him comeback in the win against Charlotte FC, but his time as a substitute was limited to 12 minutes. This time around, Wilfried Nancy used him from the initial signing and agreed with his manager.

The American combined wonderfully with Kei Kamara in this two striker scheme. Of Toye’s two goals, it was the 37-year-old veteran who provided the assists.

Putting a lot of pressure on the ball carrier in the 18 minutes, Kamara found his teammate left completely alone in the penalty area. Toye had no problem freezing Stefan Frei in place and hitting the target for the first time since August 4, 2021.

The 23-year-old completed his brace in the 62nd minute, again served by a Kamara cross pass.

In the third duel of a streak of three in eight days, the Football Club had to set foot on the ball. He controlled the pace of the game in the first half, but he had to deal with Jordan Morris’ crazy races. The fast forward of the Sounders opened the scoring in the third minute on the counterattack.

Seattle still remained a strong opponent, despite its mid-table position in the West. The winners of the CONCACAF Champions League hadn’t had much to be ashamed of lately, with four straight wins.

In MLS, Montreal has won their last three games against the Sounders, including two at Lumen Field. The Quebec club hadn’t set foot in Seattle since March 2018.

The grueling series of Bleu-Blanc-Noir matches will continue on Monday with a visit to the Los Angeles Galaxy.

89 ‘: Good series of sirens, but the ball ends up in the hands of Sebastian Breza.

79 ‘: Romell looks for Joaquin Torres at the far post, but the Sounders defense blocks.

78 ‘: Joel Waterma intercepts a pass that could very well have led to the goal.

62 ‘: Mason Toye hits the goal for the second time in the game and Montreal takes a 2-1 lead.

57 ‘: Miljevic breaks through the defense, but his shot misses the target.

51 ‘: Lassi Lappalainen shoots from above, but totally unscrews and goes further.

48 ‘: Cristian Roldan receives a touch sent directly into the area, but misses the goal.

44 ‘: Joel Waterman serves a nice cross from Kei Kamara, but the defense intercepts.

38 ‘: Rudy Camacho does not flinch and blocks a shot from the spot.

36 ‘: Kei Kamara intervenes at the last minute in his area to block the ball.

35 ‘: Yellow card – Victor Wanyama is given a yellow card.

34 ‘: Matko Miljevic tries a shot from outside the box, but Sounders goalkeeper Stefan Frei catches the ball.

3 ‘: GOAL! Jordan Morris prevents Sebastian Breza from turning to put the Sounders ahead.

Our XI to face the @SoundersFC 👊

Our @Delta Starting at XI tonight! 💪