It is THE big release of the month, in the universe of video games and it is on the Nintendo Switch that it takes place. Furthermore, this Mario Strikers: Battle League Football has presented itself with a great promise, that of offering us an innovative gameplay, more technical and capable of making the experience deeper, less redundant. As far as possible, the title in question remains above all an accessible game, with an alleged arcade style at 100%. So, controller in hand, what is it really? Answer, with our test.

With this Mario Strikers: Battle League Football, it is on the customization side that the developers have worked extensively. History not to be taxed with the usual criticisms, or the excessive exploitation of large licenses, without big news. The idea was therefore not to rest on one’s laurels while retaining what has always made the charm of this title, its intuitive, accessible and fun side, in an immediate way. 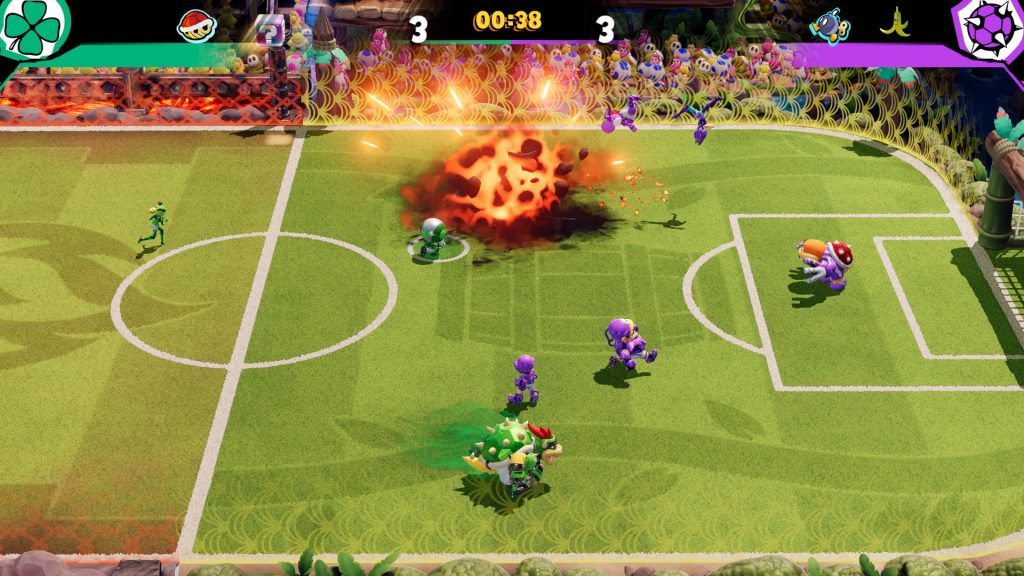 So, concretely, it is precisely through the armor, the great novelty of this opus dedicated to Switch, that Nintendo has worked. In fact, you can now buy four main categories of items (legs, arms, head, body) with six accessories offered, in each category. By combining them with each other, this makes it possible to create truly unique characters. Although, of course, the number is not there. In fact, compared to a Mario Kart, of which it takes up the initial concept, the content seems rather scarce. Plus, with only ten playable characters, diversity isn’t necessarily present. Note, however, that DLCs will regularly enrich this content. If it’s free, then we can thank the Kyoto company’s effort. Otherwise it will be the yellow card … 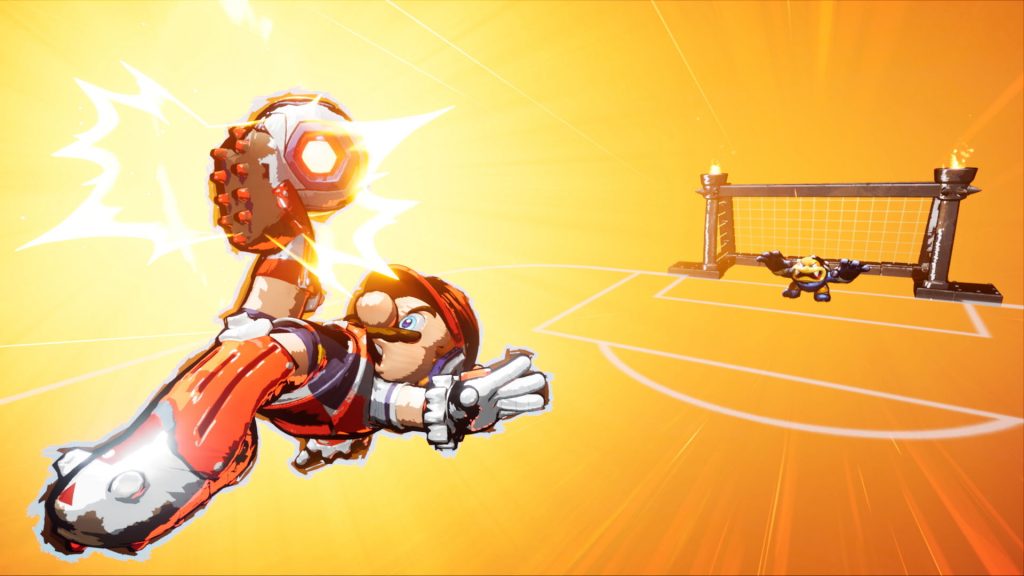 However, this concept of armor, by itself, remains an excellent idea. Because, depending on the elements chosen, it is possible to improve some facets of the players present. Namely, strength, shooting, speed, passing and technique. Clearly, you can speed up a heavyweight like Bowser or Donkey Kong or give more power to a Toad or Princess Peach. And also, to accentuate the intrinsic qualities – and flaws … of these characters. Which is pretty exciting, we have to admit! But also potentially baffling to your “human” opponents (locally or online). So strategically, it brings a real advantage. 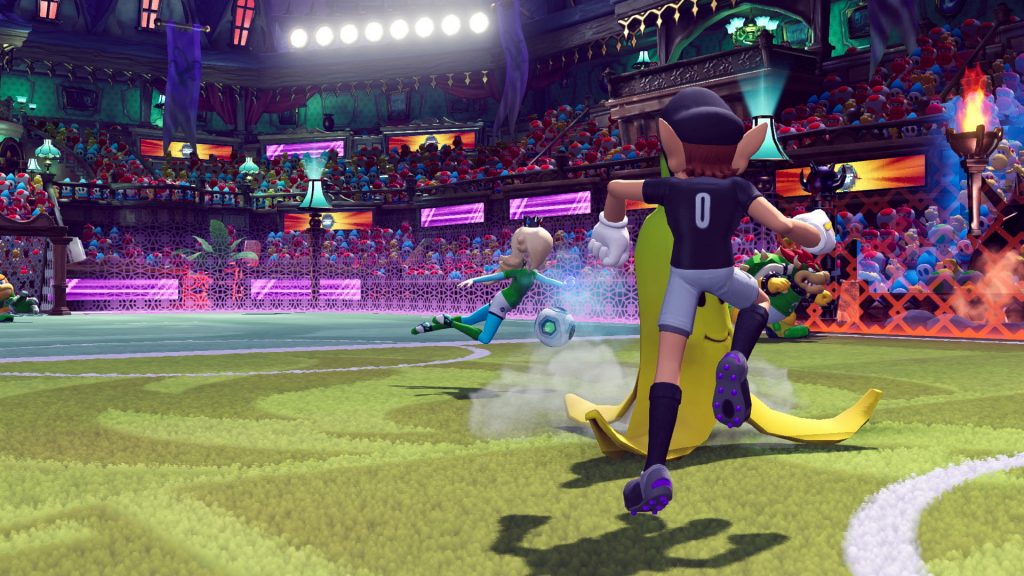 Do you have a banana, Waluigi?

In practice, then, it gives energy to the games, making them less predictable and more uncertain. With a positive effect on the life of the game, especially with more people. Knowing that solo, there is a way to drool on the AI, with the highest difficulty. The challenge is therefore on the agenda. In terms of skills we find lobes, passages, tackles, normal or loaded shots, accelerations (limited by an indicator) and above all these famous special attacks that give life to explosive sequences! To achieve this, all you need to do is collect orbs, randomly placed on the ground, then show your timing. While opposite, the opponent will have to play fast, tapping the A button as quickly as possible, only to repel the assault. Because in the case of a “special” goal, two points are displayed in favor of the attacker! Clearly, a meeting can very well be turned upside down at the last moment … stressful at times! Added to this are the famous items such as invincibility stars, turbo mushrooms, bananas and other green or red shells, offered from time to time to make the games even more unpredictable. Fortunately, their number and effectiveness remain reasonable, so as not to make the parts too disordered or illegible for the action. An intelligent mix, in short, with a subtle integration, which we must greet. Because balance is not so easy to find … 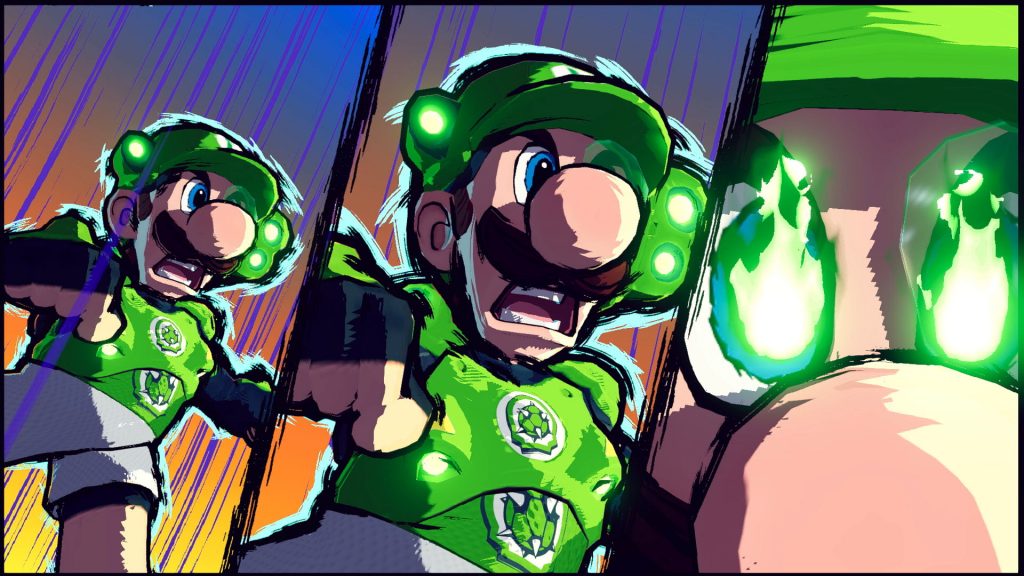 Technically it holds up, despite one or two mistakes …

On the technical side, Nintendo obliges, quality is fundamental. We find the beautiful settings of different Big N video games / characters such as Donkey Kong (Jungle) or Bowser (Castle). Although, even then, the content remains very weak … However, the work is more than assured with fine, detailed, colorful decoration and teeming with little things and other animations. And since we are talking about animations, we take this opportunity to praise the quality of the framerate, rarely taken for lack, even of several, locally or wirelessly (with multiple consoles). On the net, however, we have observed some falls, from time to time, quite logical but rarely penalizing. 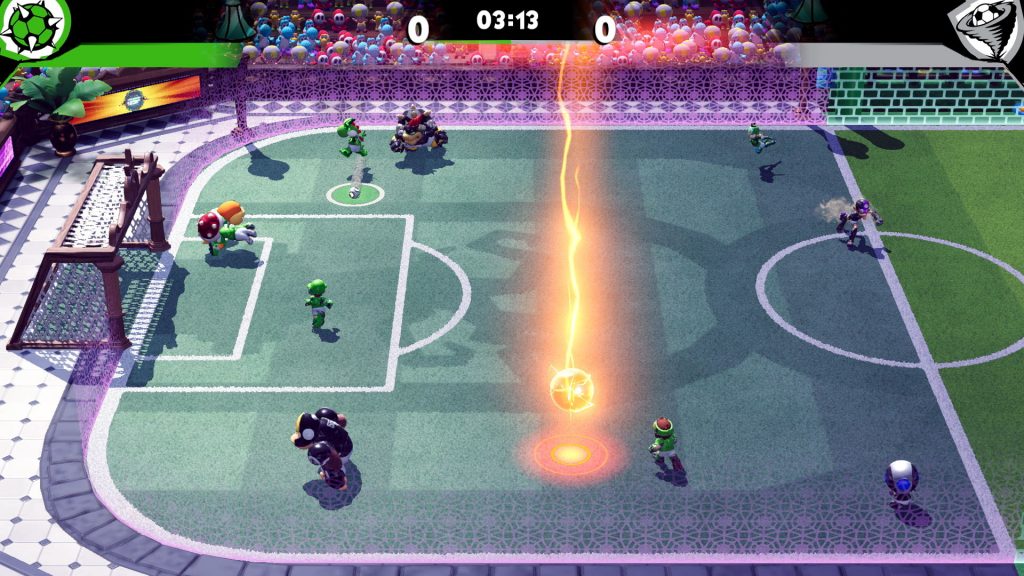 A word also, on the soundtrack, exactly where we expected it, that is, full of “nintendosca” music, necessarily of good taste and imbued with a good-natured and familiar atmosphere. Same observation on the side of the sound effects, that is nothing really surprising, the fundamentals remain essential on this type of titles and in this field.