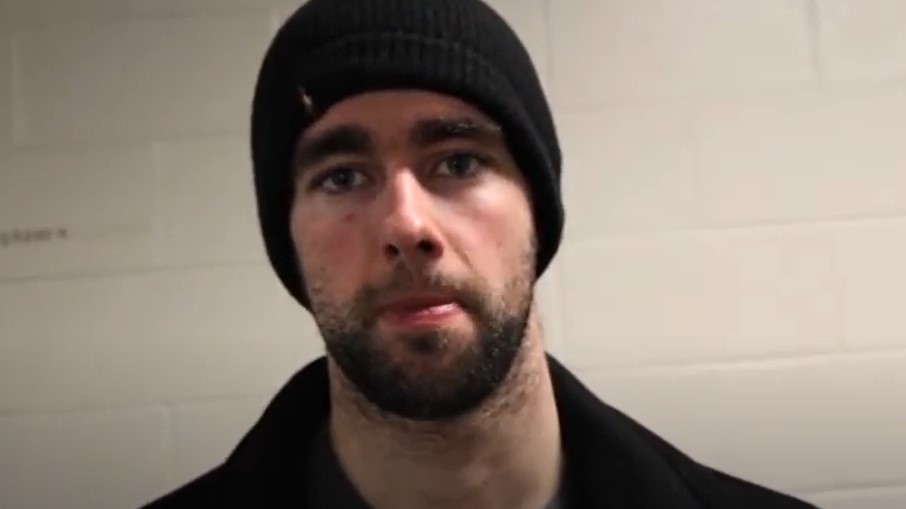 If anyone can understand the pressure that comes with being enlisted by CH at the Bell Center, it’s Louis Leblanc. The Habs’ former first-round pick in 2009, who was drafted in Montreal, came under a lot of pressure after selecting him. In the end, he has never been able to establish himself in the NHL, but the Harvard University graduate still leads a very good life.

And with the repechage in Quebec in just over two weeks, Leblanc was just passing through The blue pocket last night as well as at 91.9 Sport this morning to chat about what awaits the players who will be enrolled by the Habs.

To hear him at La Poche Bleue, his interview starts around 2.15am.

DSLM // Louis Leblanc agreed to confide @LPGeek earlier this morning to reflect on his project in Montreal and his future career goals.

One of the most interesting answers offered by Leblanc, in my opinion, is the one he offers when asked if the pressure would be different depending on the player chosen primarily by the CH. Basically, would the pressure that Shane Wright would have been the same as that of Juraj Slafkovsky?

On this, Leblanc states that in his opinion it will not change much. In both cases, the young person will experience quite significant pressure and must be able to produce, and this, in the short term. He notes that the fact that the CH is looking for an impactful player means that the player chosen in first place will have to quickly pick up the pace of the NHL.

However, the former CH forward also argues that while this doesn’t sound exactly like a fairytale, the draft night is sure to be magical for the draft player. He will live a dream moment and, overnight, he will immediately become a star in the city.

But even there, all is not rosy. On this point, Leblanc wanted to give the young man some advice: he must absolutely keep his own focus and keep your feet on the ground. Requests for interviews and sponsorships will multiply rapidly and, as he won’t have much time to prepare before retiring, he will need to find a balance in all of this.

I really invite you to listen to the two interviews with Leblanc, where he also talks about the current state of the CH, the state of the organization while he was there, the pressure that would be on a Quebecer if he were drafted in the first round and what he thinks would become the his career had he not been drafted in Montreal. It’s very interesting, really.

Lightning captain Steven Stamkos will look to continue his playoff heroism to the Stanley Cup final with 2 games each#GoBolts pic.twitter.com/gR3OiR1bJI

– Nathan MacKinnon was seriously displeased when the Avalanche enlisted Cale Makar in 2017. I have the impression that your opinion is no longer the same today. [Fanadiens]

Six years ago, the London Knights won the Memorial Cup.

Yippee! was finally able to celebrate his entry into the Mascot Hall of Fame last weekend! 🎉