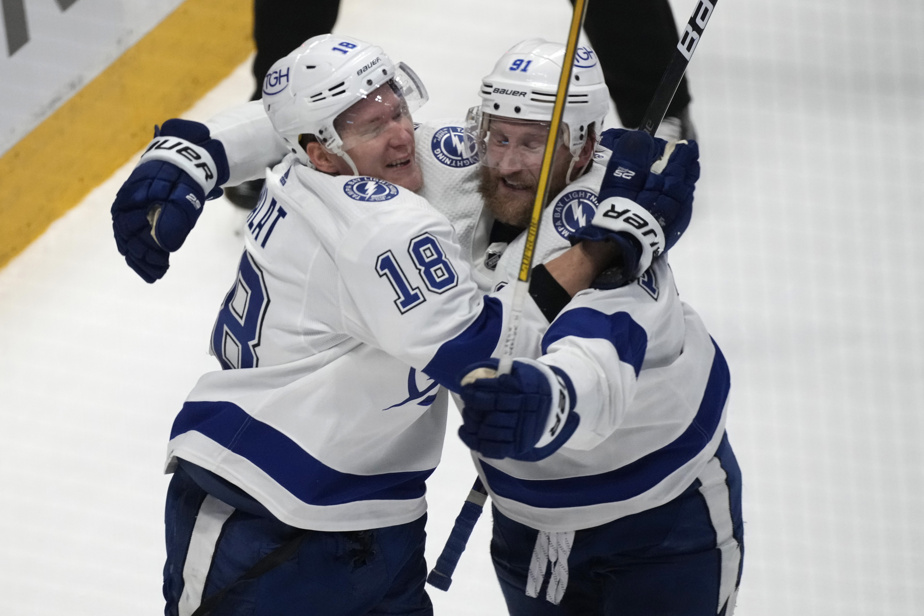 
(Denver) Ondrej Palat gave the Lightning another day and the Tampa Bay team defeated the Colorado Avalanche 3-2 on Friday night in Game 5 of the Stanley Cup Finals.

You would have thought that the two teams would be heading for the second consecutive extension, but Palat was forgotten in the slot and fooled the vigilance of goalkeeper Darcy Kuemper with 6:22 from the last third.

Palat took advantage of the lack of communication between Cale Makar and Valeri Nichushkin to accept a pass from Victor Hedman and score his 11And goal of the series, including his third victorious.

The Lightning, two-time reigning Stanley Cup champions, have reduced the Avalanche lead to 3-2 in this final and on Sunday night they will have the opportunity to meet their fans for the last time this season.

Jan Rutta and Nikita Kucherov also moved the strings for the Lightning, which lost in a more or less controversial way, on Wednesday night. Mikhail Sergachev and Corey Perry were both involved in two of their hits.

Andrei Vasilevskiy once again did his best to protect his team’s advances. The 2021 Conn-Smythe Trophy winner showed his worth by blocking 35 of the 37 discs aimed at him.

Makar and Nichushkin’s mistake ruined a good performance on their part. Both players finished the match with one goal and one assist each. The Avalanches, however, have to wait at least another two days before lifting their first Stanley Cup since 2001.

Kuemper conceded three goals out of 29 shots, but it was Rutta’s mostly that hurt him when the puck went between his body and left arm.

On the roller coaster

Kuemper and Vasilevskiy exchanged some nice saves in the first period, especially when their respective teams had to play short of players. However, it was the Lightning that managed to open the scoring.

After Sergachev foiled an avalanche attack, he handed the disc to Perry, who spotted Rutta alone on his flank in the neutral zone. Rutta took advantage of a lot of space in front of him and once in enemy territory, he delivered a slap that Kuemper would surely have liked to see again.

Despite everything, the hosts increased the pressure towards the end of the first period, but failed to create parity. The Lightning defense was overwhelmed, but they were able to block shots when there was traffic in front of the net. Then, on a partial escape, Nathan MacKinnon slipped the puck between Vasilevskiy’s pads, but just off target. Gabriel Landeskog then tripped over the Russian goalkeeper’s left shoulder.

The Lightning were very active in the return from half-time, but the Colorado team drew the game at 5:07 am MacKinnon won a face off in offensive territory and Makar fired a floating shot that Vasilevskiy didn’t seem to have seen well. . Nichushkin finished his action at the net and was able to make a free throw behind the red line.

The guests regained the lead of a goal with a power play, however, just over three minutes later. After defender Josh Manson had a nice presence by blocking three shots, Kucherov fired a shot from the point that crept past Kuemper, who had his vision obscured by Perry.

Avalanche also had a power play at the end of the second period, but despite a string of scoring chances, the score remained unchanged. Makar in particular made a spectacular climb between three Lightning players, but his shot went over the net. Mikko Rantanen could have drawn the game too, but his shot missed the target.

Carried away by the rowdy crowd, the Avalanche players are not lacking in intensity in the first minutes of the third period and their effort is rewarded. Hopefully Makar’s shot from the point was blocked by Vasilevskiy, but it touched Erik Cernak’s skate, who was covering Nichushkin, and the puck made its way into the goalkeeper’s bearings.