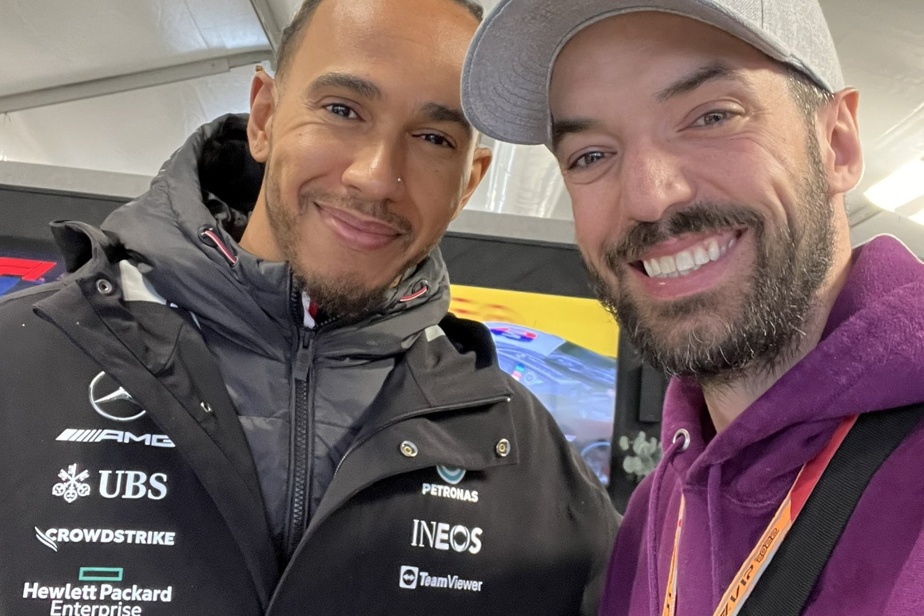 Two legends of their sport, one on ice and one on the track, met on Saturday afternoon, in the paddocks of the Gilles-Villeneuve circuit. Former short track speed skater Charles Hamelin and Mercedes driver Lewis Hamilton.

At the Beijing Olympics last February, Hamelin wore a helmet that paid homage to that of the pilot, one of his great idols. On his social networks, Hamilton had shared a photo of Hamelin congratulating him on the gold medal. The skater met his idol on Saturday afternoon before qualifying for the Canadian Grand Prix.

The man nicknamed la Locomotive de Sainte-Julie still had stars in his eyes when he told us about his one-on-one with the seven-time Formula 1 world champion.

“It was really great,” he said. I did not know [que ça arriverait], it was a surprise to me. I had already prepared myself in case I met him; I had my helmet that I had made in her honor. We arrived in front of the Mercedes tent and I said to myself: maybe that’s what will happen. […] Eventually he walked in and it was a shock. ”

I was on the verge of tears. I was just really happy. I was speechless, I had difficulty speaking.

As he hoped, Hamelin handed his helmet to Hamilton after signing it at the driver’s request. Then they discussed training, career, French bulldogs… “We talked about many things as if he were a boyfriend I hadn’t seen for a long time! she launched.

Charles Hamelin has long been a Formula 1 fan. After all, there is a fairly obvious parallel to be made with speed skating.

“There are a lot of things to learn from Formula 1 for a short track guy,” he said. This is what I did. I’ve watched pretty much all the races, except when I was on a plane. ”

“I was really paying attention to how they follow each other, how they behave when they want to pass or block,” he explained. It is really interesting to see how they do it at the speed at which they are going. It is up to me, afterwards, to replicate it in the competition, on the ice, with my skates. With my father and my coaches, sometimes I would film overtaking and say: we could try to do it again or find something similar for the future. ”

Hamelin said goodbye to speed skating a few months ago after 19 years in the national team and six Olympic medals, including four gold. But the 38-year-old former athlete hasn’t had time to breathe yet. He is currently working on his biography, which will be published in October. And he’s getting married next week. Then, it will be the honeymoon in South Africa.

“I thought I had more time for myself now that I no longer have skating or training, but no! I don’t have any more! she laughed.

“It’s really fun. It doesn’t stop! The time we have, let’s try to spend it with Violette at home, with the family.”