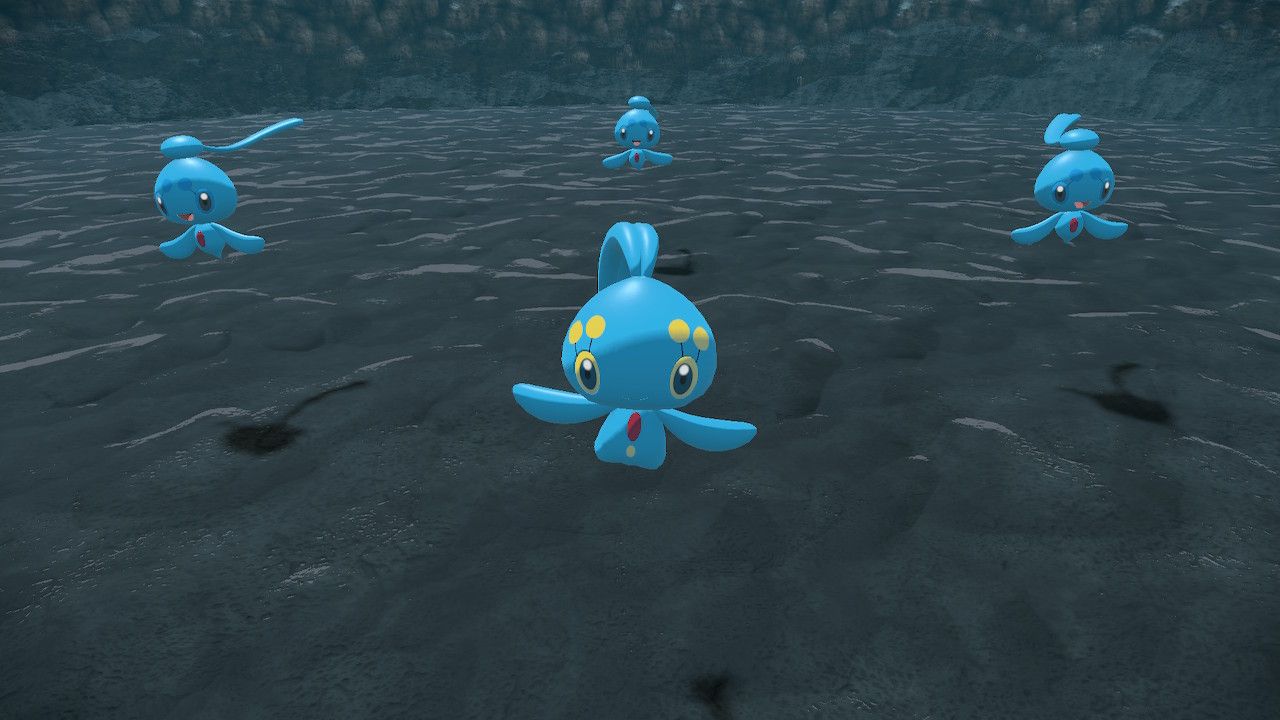 Manaphy and Phione are available in Pokémon Legends: Arceus! Follow the guide to catching Pokémon, available in the side mission “The Moon Plate”.

It is not necessary to capture Manaphy and Phione to encounter Arceus. If possible, disable autosave in the game options to avoid losing Pokémon.


Obtain the “Legend of the Seas” side quest.


To get the “Legend of the Seas” mission, you must:


Unlock the cave to meet Manaphy and Phione

In the book it is written:

A long, long time ago, a Pokémon called Prince lived in the East Sea. One day, a brave human being eager to meet this prince went to seek help from the sea Pokémon that inhabited this sea.

Thus it was that a Babimanta, a Mustébuée and a Qwilfish with large thorns, recognizing the courage of the brave human being, agreed to accompany him in his search. Our four heroes then took to the sea at sunset and entered a cave whose entrance formed an arch that rose above the waves.

Upon hearing the news, the prince joined our heroes at the Creux du Cap.

The legend of the seas

As you understand, you need to find a Babimanta, a Mustébouée and a Qwilpik to add to your team.

Now head to the Costa dei Lazuli. If it’s not evening, go to the bivouac to sleep until evening.

At the level of the sand hand and more precisely the middle finger, you will see two horns or fingers protruding from the water. Grab your mount and go to the center.

If the conditions are met, you will hear Manaphy scream and the cave will be accessible. Head to the cave.

Attention! Back to the Bivouac, switch your team with Pokémon tall enough to take on the 4 Pokémon, 3 x level 35 Phione and 1 x level 50 Manaphy.

Support the blog, if you are shopping on Amazon, go through the affiliate links below. Thanks ❤