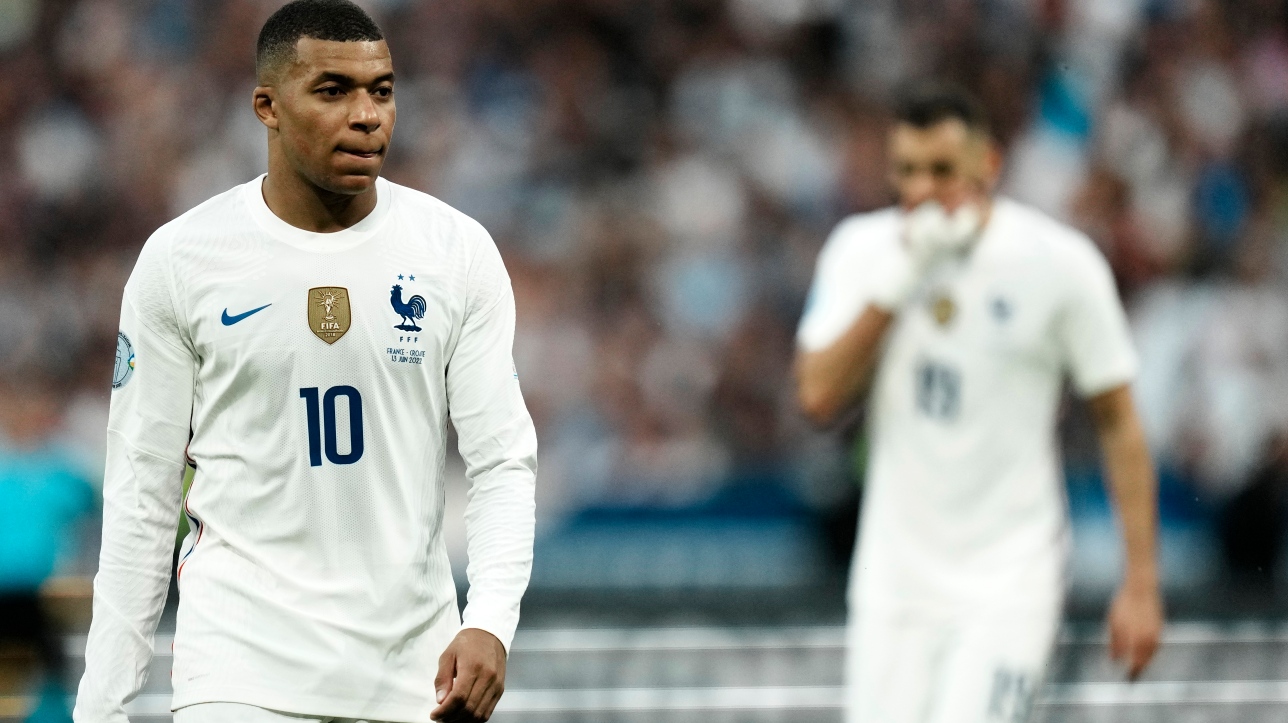 Beaten by Croatia on Monday in Saint-Denis (1-0) despite Kylian Mbappé and Karim Benzema, France scored their fourth consecutive negative performance, abandoning the title in the League of Nations.

Doubts will accompany the Blues on vacation, five months from the 2022 World Cup.

The months of June have never been very promising for Didier Deschamps’ Blues, out of competition, but this last meeting of the 2021-2022 season, which ended under the whistles of the Stade de France, will nevertheless remain one of the most worrying.

With two draws (1-1 in Croatia and Austria) and two defeats at home (2-1 against Denmark), in a group initially considered affordable, the record is rather alarming, one year after a bitter failure at the Euro and five months before going to defend a world star in Qatar.

Exhausted from their season, bothered by injuries and destabilized by tactical tests, the Blues never found the second wind they needed to gain confidence before the summer break.

This time fatigue and physical problems can no longer be used as explanations by coach Didier Deschamps, who risks thinking about it for a long time during the summer, after the first defeat in the history of the Blues against Croatia.

He is only two games away from the World Cup. These will take place at the end of September and will be escorted by the fear of an unworthy relegation to the second division of the League of Nations.

Because with two points in four games, France can not only dream of the “Final 4”, left behind by Denmark (9 points), but will also have to fight to avoid a last place that would deprive them of the seeded status for qualification to Euro 2024.

Shortly before the off-season, Deschamps had nevertheless chosen to give his two stars, Mbappé and Benzema, one last chance to shine, even if the former “was not 100%”, while the latter was coming out of a post in Austria. (1 -1).

Real Madrid’s 90 minutes of play on Friday in Vienna made themselves felt three days later at the Stade de France: the Ballon d’Or favorite appeared borrowed, a little less sharp than usual, and we had to wait for 54 Minute to finally see him slalom in the opposite area.

Inevitably, the game is therefore clearly inclined towards Mbappé, again the starter after having treated a discomfort in his left knee for ten days.

Mbappé certainly brought danger on several occasions (7th, 55th, 61st), but was systematically blocked by goalkeeper Ivica Ivusic, among the sighs of the 77,400 spectators of the Stade de France, already disappointed ten days earlier against Denmark ( 1- 2).

Against the Danes, the Blues were cracked at the end of the game. This time they sink from the first minutes, thwarted by a slight tripping of the rookie Ibrahima Konaté (2 selections), on Ante Budimir.

The penalty was transformed by the inevitable Luka Modric (5th), angry Mike Maignan, already beaten in this exercise during the first leg to Split (1-1) a week earlier.

The goalkeeper n. 2 of the Blues, otherwise flawless, will have been unhappy during this rally, where he will have gained more playing time than in the last 18 months, blocked by the owner and captain Hugo Lloris.

The Blues have conceded at least one goal in nine of thirteen games this season. And for the first time in 24 games, they couldn’t even find the mistake, ending a series of records.

This fatigue was also reflected on the lawn, with a cut match, numerous errors and several altercations that reminded us that the two teams do not play this League of Nations with ease.

From now on, it is towards the World Cup that all eyes are turned, worried …