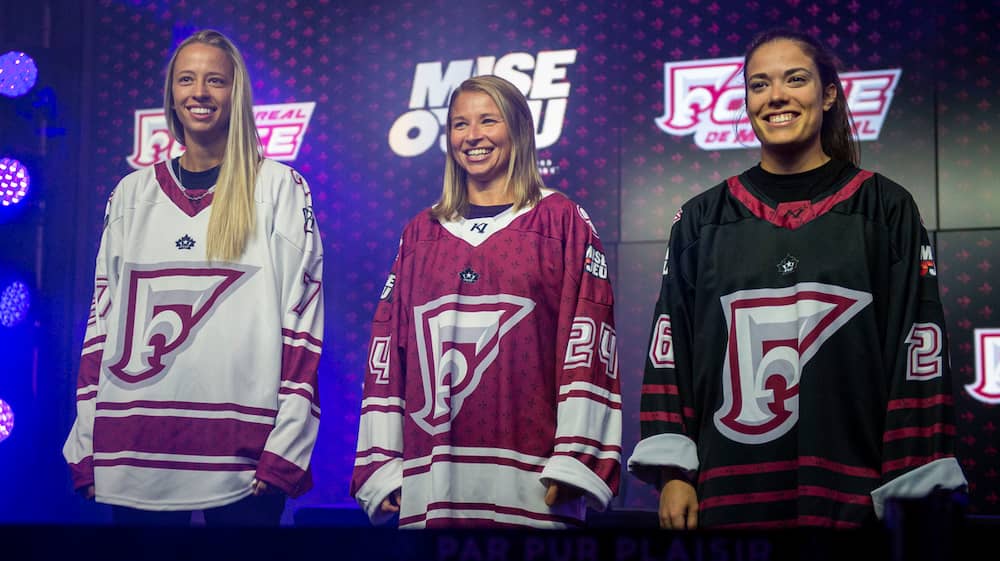 La Force de Montréal was born at the Casino on Tuesday. But more than a hockey team, it is a movement to grow women’s hockey that President Kevin Raphaël and his acolytes have brought to the world.

To achieve this, this new Premier Hockey Federation (PHF) team will take great measures. He will play virtually all of his home games away, across Quebec. In addition to Montreal, Gatineau, Quebec, Rimouski, Rivière-du-Loup, Saint-Jérôme and Sept-Îles will host doubleheaders during the club’s inaugural season.

And to top it off, each trip will be an opportunity to offer development sessions to young hockey players from the regions visited.

“I want us to be a force in the community,” Raphaël enthused during the launch. I think women’s hockey is growing and we want to be a change agent so that it grows even more. We want to travel through Quebec and offer sessions [de perfectionnement de hockey] in different cities. We want to meet the young players from junior hockey, Cégep and university and tell them: “Hey, there’s a door here.” We want to be the Quebec team. “

The Force will be able to count on Danièle Sauvageau’s experience to ensure the construction of solid foundations. If you are not directly involved in the club’s organization chart, you are still the director of the Center 21.02 in Verdun, where the PHF team has officially established residence.

For this great lady of women’s hockey, it was imperative to found a new team in Quebec to allow players leaving college to continue playing their sport. According to her, several women have already given up on their dream, due to lack of opportunities.

“We will give the opportunity, first of all, to players who come from the university circuits,” he argued. We may have lost a generation of athletes with the fact that Montreal – and Canada – didn’t necessarily have these facilities.

“The players will stay in the system and continue their development, so this is great news.”

Tribute to the Maroons

The Force has opted for brown, black and white as colors. Three shirts were presented, one for each color. The logo, meanwhile, combines an “F” for Force and a lily. The Montreal Maroons, who played in the National Hockey League (NHL) from 1924 to 1938, served as inspiration.

“I wanted us to be a little different,” said Raphaël. It would have been easy to go with the Bleu-Blanc-Rouge, but we wanted to puzzle a little. I’m really happy with the result! “

The program is expected to be announced in the coming weeks. So far, 16 players have signed up for the initial campaign.

Striker Ann-Sophie Bettez will certainly be one of the Montreal Force headliners for her inaugural season and she intends to accept all the responsibilities that fall to her.

At 34, the Quebecer will be the oldest player on the team until proven otherwise. His experience will certainly be invaluable as several players will start their professional careers alongside him.

“For me it must be the strength of the team, explained Bettez on Tuesday, during the presentation of the team’s identity at the Casino de Montreal. I have experience; I think I’m the oldest. He is sure and certain that he carries certain responsibilities. I will bring from the bottom of my heart all the leadership I can have for this team.

By agreeing to join the Force, Bettez had to turn its back on the Professional Women’s Hockey Players Association (PWHPA), which had campaigned for better working conditions since the dissolution of the Canadian Women’s Hockey League (CWHL), of which the Canadiens de Montréal , and who never found common ground with PHF.

For her, PWHPA, which offered few opportunities to lace up skates with some exhibition games, was no longer the preferred route. Three years after her last significant matches, she wanted to get back into action.

“I have fewer kilometers left in my professional career,” he explained. What I was tired of was not playing for a championship. It is important for me to finish my season in several games. I wanted to take that leap, play for a league, play in an established league. It all made sense to me. “

Bettez was also fascinated by the team’s tour, which will specifically stop in Sept-Îles, where she comes from.

“I am very cheerful! she exclaimed. I called my grandmother this morning to tell her she was still in bed! Being able to go back means a lot. It all started there for me. I put on skates at three years old. Playing in front of the fans, but above all in front of my family … I struggle to find the right words, but I get chills just thinking about it. “

“[Depuis] Sept-Îles, it is rare for you to go down to the city, he rightly pointed out. I don’t know if there are many people from Sept-Îles who have seen Ann-Sophie play with the Canadians. I don’t know if they’ve seen him play for Canada. But here I can guarantee you that they will see her playing with the Force.