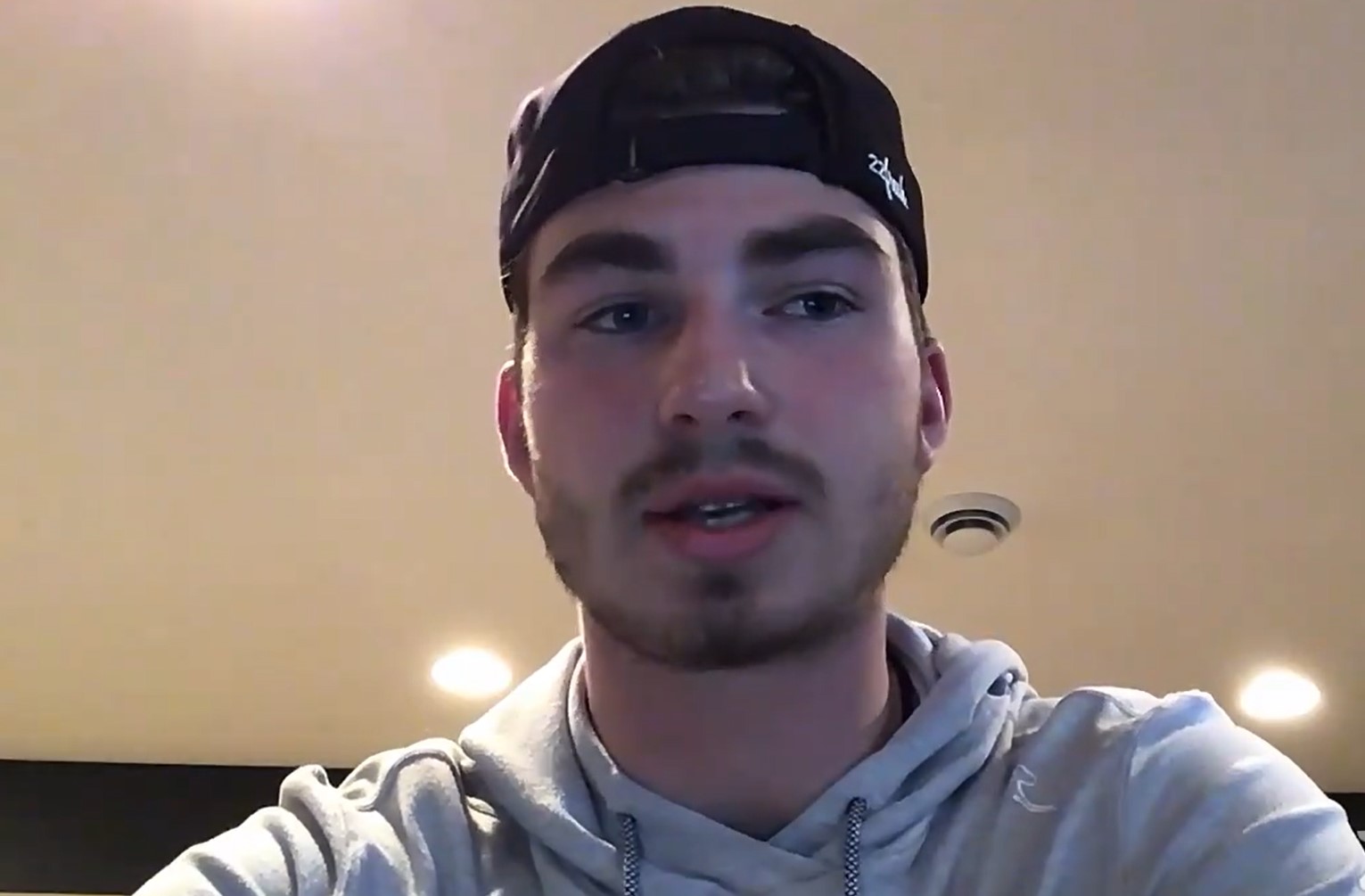 Yesterday, the Canadiens surprised almost everyone by sending Alexander Romanov to the Islanders with the aim of acquiring the 13th pick in the draft … which was ultimately just the missing piece to get your hands on Kirby Dach.

And since these two exchanges were announced at the same time in front of a crowded Bell Center during the draft, there’s no need to tell you it got people reacting.

In the aftermath of this transaction, Dach spoke to Montreal media this afternoon and it was clear: He wants to enjoy a fresh start with CH. As his trip to Chicago was punctuated by inconstancy and injuries, he wants to leave it all behind and start over.

#Habs Kirby Dach sees the exchange with Montreal as a new beginning for himself.

But clearly, if he is to reach his full potential, he will have to be put in the right conditions and be able to correct his weaknesses. However, Dach is thrilled with the idea of ​​working with Martin St-Louis and believes the latter will be able to bring out the best in himself.

When we say that “the Martin St-Louis attraction” is really real in Montreal, this is good proof.

#Habs Dach sees himself as a reliable and intelligent two-way forward and is leaving his wounds behind. He has described his time in Chicago as ups and downs, but he can’t wait to get his form back under Marty St-Louis after talking to some new teammates. @TSN_Edge

Also, let’s talk a little about what could allow Dach to reach his full potential. Because yes, Dach is beautiful flashes, but he still has some facets of his game to fix. Here are the main ones:

1. The point that stands out a lot from yesterday is that Dach, a central player, is absolutely abysmal in the salary group: he only won 32% of his duels in this facet of the game last year, which puts him in last place. in the standings. the NHL. It takes work, but clearly, it will probably never be excellent at this level.

2. The other thing that has been mentioned since yesterday is that he seems to be having a hard time finishing his scoring chances. He is very good at making some, but in terms of finishing he looks like Artturi Lehkonen when it’s unlucky.

3. Despite its massive size, Dach seems to have a hard time using it to his advantage in the offensive zone. Normally, he would rather get rid of the puck than play through contact close to the opponent’s net. Maybe it’s more of a trust issue than a style of play, but hey.

4. I was also told that, just like Jesperi Kotkaniemi, Dach loses Often balance on his skates.

But despite everything, Dach also has great qualities. If he learns how to use it, his size will become a big selling point and he will be able to do great things in possession of the puck. He can also play shorthanded and, if well guarded in Montreal, could become the much sought after big center by the CH.

Martin St-Louis did a good job with Cole Caufield last year, but Dach will be another big challenge in 2022-23. His development has been struggling in Chicago, sure, but given the right conditions, he can still reach the potential that was seen in him when he was drafted third overall in the 2019 draft.

I would like to say that in Dach the Canadian may have just gone to a player who looks a bit like Jesperi Kotkaniemi: great potential, but consistency to be found and quality to be exploited to the fullest (the silhouette for Dach, the shot for Kotkaniemi). The comparison isn’t perfect, but I don’t think it’s bad.

In short, we will see if Dach (who wants to try to learn French) will thrive in Montreal, but at least find some familiar faces in Montreal, including that of his “good friend” Kaiden Guhle. Hopefully both are important pieces of the future in CH.

Alex DeBrincat thinks he can get back on his feet with the Senators https://t.co/ImnPRZ20ag

– Corey Pronman, drafting expert for Atleticohas assigned the vote of A + to the CH for its repechage.

New @TheAthleticNHL: Our ratings from the 2022 NHL Draft, with the analysis of each team’s choices linked within the piece. Thanks everyone for reading our coverage. https://t.co/NslXnfcgtF

– A practice resolved with the Kings.

Hearing that the Kings have agreed on a four year contract with Adrian Kempe. It looks like the official announcement that will arrive on Saturday.

– Better get used to spending time in the city!

📍 Juraj and Filip in town

For those who have already forgotten, the Canadian enlisted three Quebecers last year, including QMJHL top scorer Joshua Roy and a quarter of the circuit, Riley Kidney.