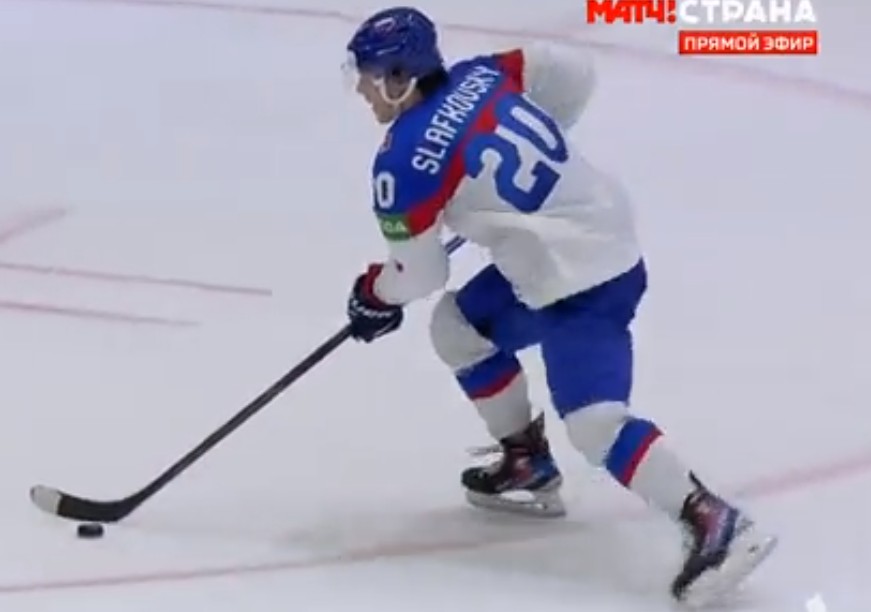 Until Kent Hughes and the rest of his team have said the name of the player the Montreal Canadiens will field in first place on July 7, the debate over who will be chosen by the CH will continue to rage.

If we went back to last year, when the Canadian was still playing in the famous North division, no one would have seen at that moment a player other than Shane Wright come out first in the 2022 draft.

Wright was seen and described as an exceptional player who was truly a step above the other potential clients in this draft. Some even went so far as to say that Wright had the potential to become one of the best players in the National Hockey League.

However, a year later, after Wright had a good but overall disappointing season, the consensus is far from the same.

New names have been added to the game, but Juraj Slafkovsky’s is the one that comes up the most.

Analysts and experts cannot agree on who will be the best player of this year between Wright and Slafkovsky (without forgetting Logan Cooley).

The debate is therefore very present these days on social networks, and most of Habs supporters only talk about it.

Who will be enlisted by the Montreal Canadiens and will be the right choice?

Well, according to The Athletic draft expert Corey Pronman, at 24, Juraj Slafkovsky will have a better offensive production than Shane Wright.

An analysis that clearly exposes the “knot” of the debate between the two players 🧐 https://t.co/fpstn9KH5t

Pronman’s projections see Slafkovsky become a dominant winger in the NHL capable of scoring around 35 goals and sees Wright as a center racking up around 65 points.

Here are those exact words.

“This is the crux of the debate between Wright and Slafkovsky, explains Pronman. I see Slafkovsky as a potential 35-40 scorer with a production of 70-80 points on the wing. I see Wright providing 60-70 production points in the center. Which player has the highest value? – Corey Pronman

Judging by Pronman’s words, one would tend to think that Slafkovsky is the obvious choice.

However, Pronman’s analysis does not mention the defensive aspect of the two players, nor anything other than mere production.

This is to be expected as projecting the total contribution of two players in about six years is virtually impossible.

In short, in my opinion the choice will remain quite difficult for Kent Hughes and his team from now to the draft, even if in my opinion Wright would be the “safe” and more logical choice.

Note that Pronman also placed Wright in 4th place had he been in the same draft as Jack Hughes, Alexis Lafrenière, and Owen Power.

– An image that hurts a lot.

I dreamed about it all night.

We have already left for Springfield. This series is not over. pic.twitter.com/74JWQUAH8e

The other two teams did not go on to win the #Stanley Cup. 👀

Do the @tblightning to break that series this year? pic.twitter.com/3FingGxpLo

“Things are bad for the White Sox.

The club is in a bad streak right now.

In addition, several clubs in the MLB have streaks or streaks. https://t.co/XoZpjKXfny