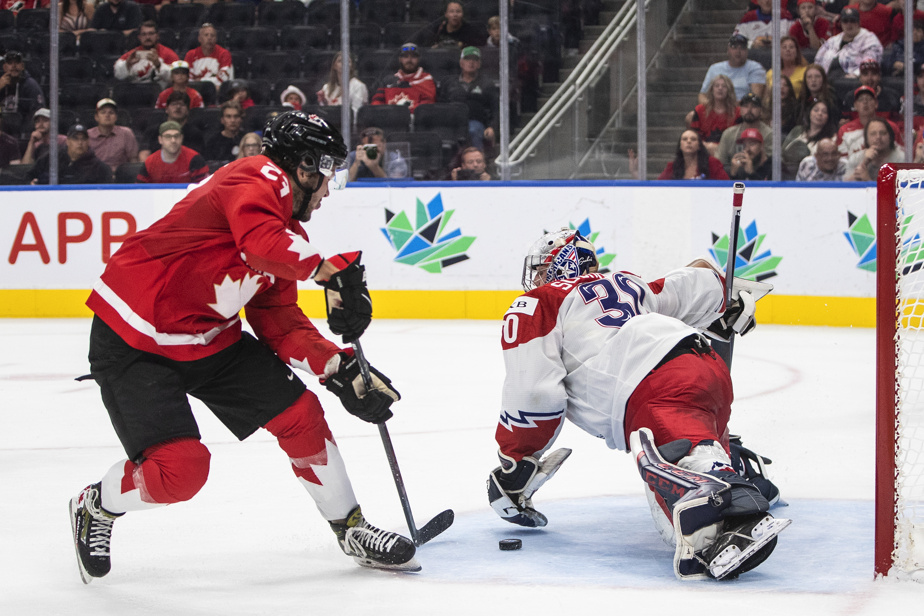 (Edmonton) The Anaheim Ducks may have had some bad seasons, but their rebuilding looks promising.

Their first pick of 2019, ninth overall, Trevor Zegras topped the 2021 World Junior Championship with 18 points in 7 games on the American topline, one point short of the record set by Doug Weight in 1991.

Second center on the future Ducks roster, Mason McTavish, third overall pick in 2021, added two goals to his tally against the Czech Republic on Saturday, bringing his total to ten points, including six, in just three games since the start of the season. Junior World Championship.

Canada took their third straight win in Edmonton, 5-1, after defeating Latvia 5-2 and Slovakia 11-1. The Canadian team shot 57 times on poor goalkeeper Tomas Suchanek, solid despite everything.

Czech Republic sole scorer Martin Ryzavy, a pick in the seventh round of the 2021 Columbus Blue Jackets, bragged about his goalkeeper after the game.

I’ve known him for 14 years. He is an extraordinary goalkeeper. At his best, he could probably only concede three goals out of 60 shots. So he has all our respect, he helped us a lot.

McTavish is eight points from equaling the Canadian record for the most points in a tournament set by Brayden Schenn in 2011 and Dale McCourt in 1977. He will have two to four games to do so, depending on Canada’s results.

Things will start to get a little more serious for Canada starting Monday against Finland.

The Czech Republic has bet on reconstruction this summer. It represents the youngest team in the tournament after Slovakia, dunked on Thursday, and has only six 19-year-old players (as of December 31, 2021, when the tournament was unveiled, finally postponed to August), the lowest total of all teams registered. The Czechs also have five 17-year-olds in their squad.

Already more talented, Canada has 14 players aged 19, 10 aged 18 and only one aged 17 or younger, not the least of which is Connor Bedard.

The Czech Republic, led by Canadian potential Jan Mysak, a 2020 second round pick, and young defender David Jiricek, sixth overall pick in 2022 by the Blue Jackets, defended for half the period before succumbing to Canadian pressure.

Kent Johnson’s Michigan goal, fifth overall pick from these same Blue Jackets in 2021, at the end of the first, seemed to demoralize the Czechs. “The worst thing is that he told me that he wanted to score such a goal before the tournament, he is crazy,” commented his teammate Brennan Othmann.

Mysak played a low-key game, like the rest of his teammates. The young man remains the great attacking leader of his team, he has a lot of speed and tenacity but, except for one big surprise, he should not be seen as a possible offensive player in the NHL. At 19 last winter, he amassed just over one point per game (64 points in 61 games) with the powerful Hamilton Bulldogs of the Ontario Junior League. By comparison, Hamilton’s teammate McTavish, a year younger than him, scored 40 points in just 24 games after being acquired.

Bedard was not transcendent, but with such talent a gesture, a light pass, is enough to produce a goal. He sent McTavish on the run to allow him to score his second goal of the match.

Another Canadian prospect, Joshua Roy, relegated to the third row, had a lackluster but effective game.