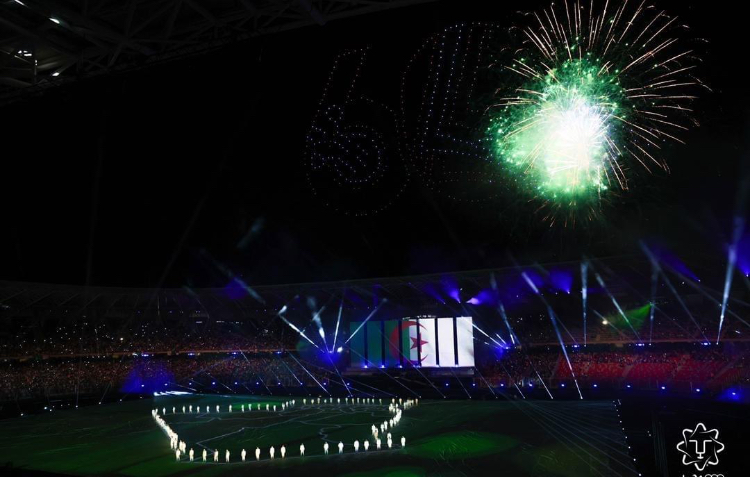 The final table of the Mediterranean Games Oran-2022 is almost known.

Only medals for the women’s and men’s handball competitions remain to be awarded.

These last events scheduled for Wednesday 6 July will have no impact on the final ranking of the participating nations, especially those at the top of the ranking.

This podium is almost in line with that of the general ranking of participating nations since the creation of the games, dominated by Italy whose athletes have won 876 gold medals in 18 editions, France (631 gold medals) and Turkey (341 ).

The surprise came from Algeria which came fourth in these games which it is organizing for the second time, after the 1975 edition of Algiers, with a total of 53 medals (20 gold, 17 silver and 16 of bronze).

The Algerian delegation comes close to the podium, France, third, with only one more gold medal (21).

For a country on the southern shore of the Mediterranean, this is an extraordinary and completely unexpected result.

Algeria finished at the foot of the podium and far surpassed major sporting nations such as Spain, Portugal, Greece, Serbia and Egypt.

This is its best ranking and its best harvest since its first participation in 1967 (Tunisia).

Until then, the Algerians had achieved their best course during the Tunis-2001 edition with 10 gold medals, finishing in seventh place in the overall ranking of medals.

What the Algerian delegation has just done in Oran is a feat that upsets the order established since 1951, knowing that before this edition Algeria was only eighth for the total number of gold medals won (86), preceded by Italy, France, Turkey, Spain, the former Yugoslavia and above all Egypt and Tunisia.

Algerian athletes shone when they least expected it, in a context of declining results on the international stage and at a time when, internally, football was capturing all the attention and all the funding.

The same football that once again disappointed in these matches, eliminating the Algerian Under 18 in the first round.

The other collective disciplines have not done better and if Algeria is so high in the rankings it is thanks to the individual sports.

In some disciplines the Algerians have clearly dominated the events, such as boxing (13 medals of which 5 gold) or karate (6 medals, 4 gold). Algerian athletics also shone with a total of 13 medals including 5 gold.

In addition to these disciplines of which it has Olympic traditions and even medals, Algeria has won medals during these Oran Games in completely unexpected disciplines, such as badminton, swimming, fencing or ball sports. .

The individual exploits of Algerian athletes show that the dough is there, also the will and that with more interest and following Algeria will be able to reconnect with the consecrations at the highest world levels, in particular at the Olympic Games.

It is also a cry of revolt from these athletes in front of officials and the public who only have eyes for football.