An increasingly present and useful technological reality, acoustic levitation has acquired a variety of applications as science understands and improves the resource.

In August, at the SIGGRAPH (Special Interest Group on Interactive Graphics and Techniques) conference in Vancouver, Canada, an international team of researchers will present LeviPrint, their innovative project which consists of a system that uses acoustic manipulation to assemble objects without physical contact.

Developed by scientists from the Public University of Navarra (NUP), Spain, Ultraleap Ltd, UK and the University of Sao Paulo, Brazil, the system generates acoustic fields that trap small particles, droplets of glue and rod-like elements that can being manipulated and reoriented as they levitate. According to the website Technological explorationis a fully functional system for fabricating 3D structures using non-contact manipulation.

Unlike traditional assembly and manufacturing techniques, where parts are in direct contact with the machine, acoustic manipulation was used to position and orient parts without touching them during the assembly process.

“We can handle small and fragile parts, as well as liquids or powders, which makes the processes more versatile,” said Iñigo Ezcurdia, NUP PhD student and lead author of the research. “There is less cross-contamination because the conductor doesn’t touch the material. It also allows for manufacturing techniques that cannot be achieved with traditional 3D printing, such as adding elements to existing parts or manufacturing inside closed containers from the outside. 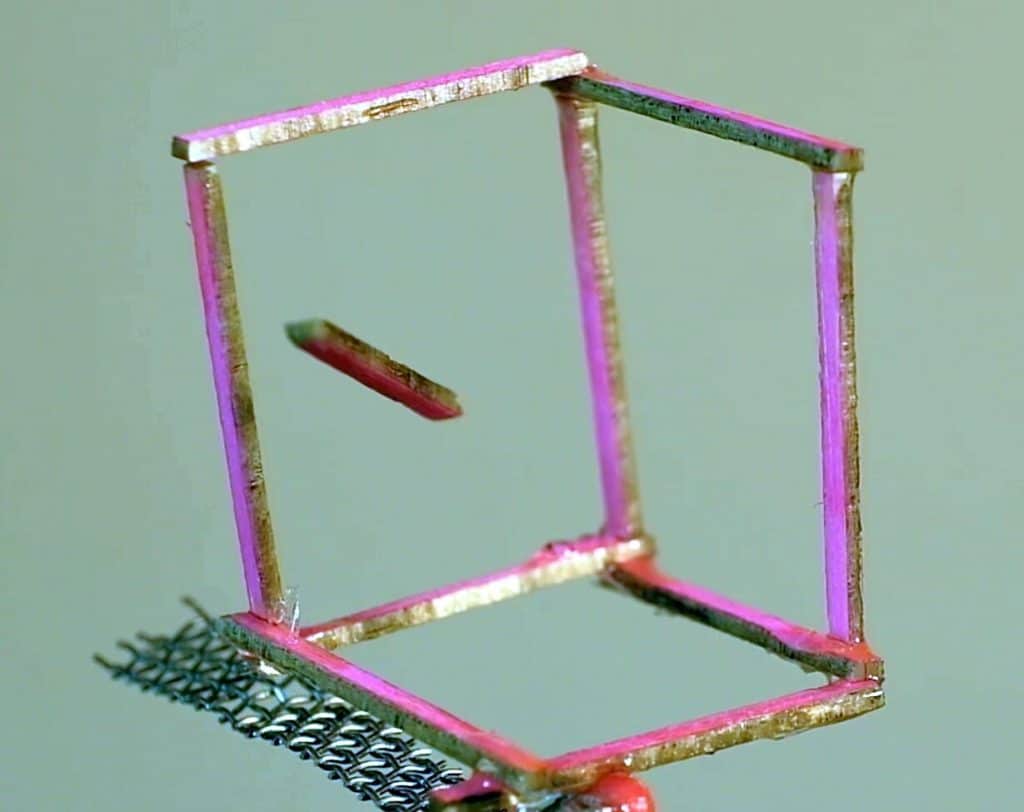 According to Ezcurdia, levitation of small particles and droplets has been done previously, but no existing work has managed to keep the elongated objects in position and orientation. “This research makes it possible to use segments, rods or beams for the fast, contactless fabrication of strong, light and complex structures. “

Some of the techniques offered include the use of a glue that solidifies with ultraviolet light. The system uses the acoustic levitator to trap a drop of glue dispensed from a syringe, which is levitated to the location where the next piece will be added. The system takes a segment or particle, places it next to the previous ones in contact with the glue, and uses ultraviolet light to cure the glue so that the new piece is attached to the structure.

According to the project authors, if Leviprint is adapted to function in an aqueous medium, the system could assemble complex structures in cell culture and possibly even within living things.