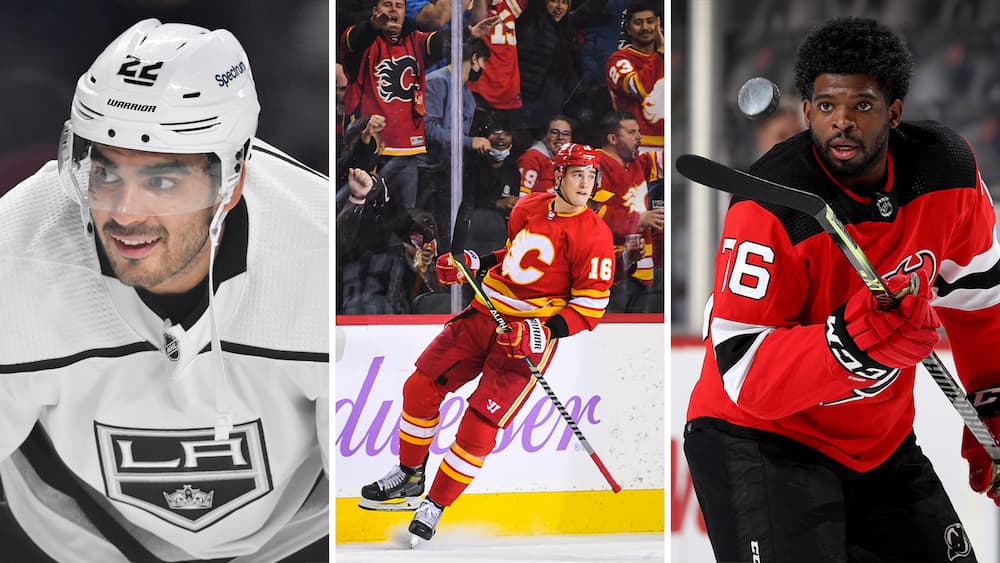 Kent Hughes will be in his first free agent market as general manager of the Montreal Canadiens starting July 13, he who previously held the role of player agent. Will he be able to take advantage of his extensive contacts in the hockey world?

Remember, before taking over from Marc Bergevin, Hughes represented several big names on the Bettman circuit: Patrice Bergeron, Kristopher Letang and Anthony Beauvillier, among others.

Although the connection is easy to establish between the new Habs staff and the coveted future free agents without restrictions; Patrice Bergeron and Kristopher Letang, let’s face it, home runs are going to be tough for the duo of Kent Hughes and Jeff Gorton, who have projected space under the salary cap of just under $ 2 million. . He is skinny, very skinny to allow himself to dream!

Fans of Bleu-Blanc-Rouge, which means that we will have to forget Evgeni Malkin, Claude Giroux, Phil Kessel, Johnny Gaudreau, Filip Forsberg, Nazem Kadri, Ondrej Palat and company who will be free as air, unless an important turnaround, in other words, a transaction that would free up a lot of money. Very unlikely scenario.

Following these lines, here are eight candidates who have the potential to join the ranks of Sainte-Flanelle. These are listed in order from most likely to least likely. For practical reasons, here is the training planned by Martin St-Louis for the next campaign.

Although PK Subban has slowed down a lot in recent seasons, his wealth of experience could certainly help the young defenders of the organization. Ideally, he would be in the chair of the fifth or sixth defender who can still do well in the power game.

In other words, in a role similar to that of Chris Wideman. For a salary of about a million dollars, and that, for just one season, it deserves to think about it. This signing would also allow Kaiden Guhle, Jordan Harris and Mattias Norlinder to perfect their game in the American Hockey League (AHL) with Laval Rocket.

In Nikita Zadorov’s case, his impressive 6ft 6in stature and 235lbs paired with his sturdy playing style would make the Montreal Defensive Brigade a physically formidable team. His presence would lighten and facilitate the robust contribution of Alexander Romanov who would be less alone in this area. Considering the presence of a healthy Joel Edmundson, this hiring would make up for the loss of Ben Chiarot and recreate the identity the Habs defense had during their impressive 2020-2021 season epic.

Andrea Athanasiou represents in a certain sense the bet all or nothing. The thrilling merchant of speed is capable of the best in attack and the worst in defense. It is above all in terms of dynamism and speed that the forward would make CH an improved team at “low” costs. Able to evolve both in the center and on the wing, his versatility would be an added advantage.

The one who has already reached the plateau of 30 goals with the Red Wings in 2018-2019 could also complete the duo of Nick Suzuki and Cole Caufield, as well as bring a touch of speed that the team’s Gallagher and Dvorak lack, by example. Athanasiou represents one of the candidates if not the one with the best relationship probable talent / salary commissioned of this free agent market.

The main quality prospects belonging to the Canadiens play as defenders. You will need to supervise them properly and be patient. The arrival of an established and mobile defender like Nick Leddy would help CH’s transition play, which was lacking last year, and offer driver Martin St-Louis additional freedom as Leddy can play both left and right.

Finally, the full-back has 130 post-season games and a Stanley Cup behind him, an added value if the two clans manage to find common ground for a short-term contract.

Mason Marchment’s record differs from nearly all future free agents. Never drafted, the powerful 6-foot-4 210-pound striker had a thundering season that could be described as a breaking season, mostly in terms of offensive production, scoring nearly 20 goals and 50 points. After spending six seasons in the minors, Marchment joined the Florida Panthers.

The Florida organization will have to make important decisions this summer and may have to sacrifice Ontario due to the salary cap. It remains to be seen what kind of deal the son of former National Hockey League (NHL) defender Bryan will want. If the duration and amount are reasonable, the CH needs to assess whether the last campaign was a showcase or whether it is a disappearing style of player to be repatriated to Montreal.

Evan Rodrigues’ name goes unnoticed too often. Never drafted, the man with a lightning bolt on his wrist has finally made his mark with the Pittsburgh Penguins this season, scoring 19 goals and 43 points.

Rodrigues, line mate of a certain Jack Eichel in the American university program, has maintained a production of 0.40 points per game since his debut on the Bettman circuit in 316 games played. Skilled skater, dynamic offensive and versatile since he can be placed both in the center and on the wing, the Toronto native has the talent to evolve on a ”first 6” when needed and can lend an offensive touch to a trio of depth.

Due to the many strikers under one-sided contract with Bleu-Blanc-Rouge, it could affect the club once a transaction is completed, for example.

If it were a question of realism for this exercise of players to target for the Habs, Vincent Trocheck is not the ideal candidate due to the salary he will be granted. On the other hand, the second floor has to find a way to charm him. How come? Since the fast skater would have filled the hole in middle second place caused by the departure of Phillip Danault last summer.

The central location is usually the most coveted, and there are few quality free players. The author of 378 points in 555 career games has the resources sought after by the Hughes, Gorton and St-Louis clans – speed, intelligence in hockey and dynamism, as mentioned when they were hired. A center line consisting of Nick Suzuki, Vincent Trocheck, Christian Dvorak and Jake Evans sounds pretty good, doesn’t it?

Will Carey Price be back next season? Will she not come back? Impossible to answer at the moment. Despite a more than satisfactory performance by the young goalkeeper Cayden Primeau with the Laval Rocket during the AHL playoffs, the staff will have to consider the possibility of adding a goalkeeper to their ranks in case of non-return of the number 31.

For one season, the time to allow Primeau to accumulate as much experience as possible before taking the plunge, Quebecer Marc-André Fleury becomes a strangely interesting contender. Despite his 37 years, the goalkeeper has delivered goalkeeper-worthy performance which is for the benefit of the Blackhawks and the Wilds. Why not end such a great career at home in front of family and friends, in a duet that places him alongside Jake Allen?

It is to follow from July 13 during the special broadcast broadcast by Sport VAT.