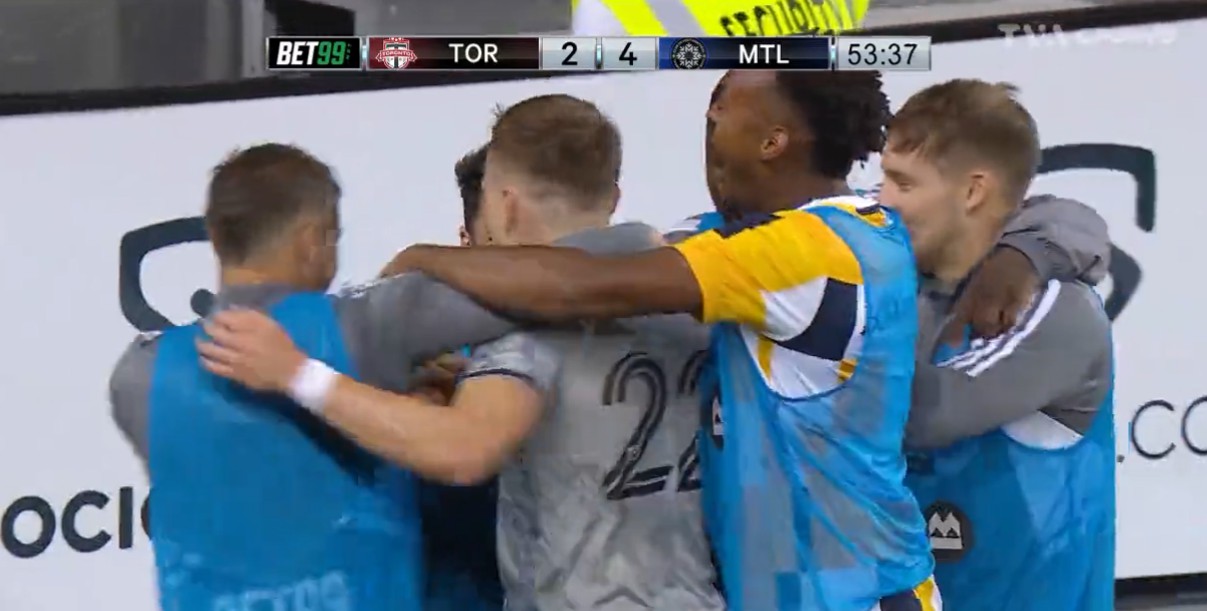 The 2022-2023 season for the Montreal Canadiens will be painful at times. We all know what to expect and we will have to accept that the progress of young people will suffer numerous setbacks.

We will have to accept that if CH is to (potentially) recruit a guy like Connor Bedard, he will go through tough times in 82 games.

But the good news is that even though the city of Montreal doesn’t have many teams (like Toronto, for example) and that most of its clubs (Canadian, Alouettes) have more lows than highs on the pitch these days, the the fact remains that CF Montreal compensates its sporting neighbors in the city.

And the CF makes up for the madness.

I guess you took a look at the team’s performance last night on the Toronto side. The 4-3 victory over the big rivals was thrilling for the fans and brought great emotions to the Montreal fans.

The comeback was noteworthy and the four goals on the net were proof of CF’s character.

Thanks to this, CF Montreal managed to get their 52nd point of the season, which is a franchise record since joining the MLS. His old record (51) was set in 2015.

And in the standings, the Montrealers are giving themselves more and more chances to finish second in the East. It would also be the first.

This morning I was listening to Olivier Brett (BPM Sports) on the radio and he added that the club, which this year won its ninth away game this year, has won seven games again this year after losing the advance to start of the game.

Did you say resilience?

In all, Wilfried Nancy’s men have picked up 23 points this season in matches where they lost the lead at some point, which will clearly be the difference at the end of the season.

And there are still five games to add to the harvest.

Not a worst night for the #CFMTL in Toronto.

Last year, such elevators, it did not happen. Last year, seeing a club lose (in a normal game) on Wednesday to come back strong on Sunday, it didn’t happen.

But this year the club plays with confidence and that changes everything.

The club plays with Didier Drogba’s confidence, but without depending on a guy who brings that confidence. –Olivier Brett

The club does not seem to question their abilities and the good news is that most of the upcoming matches will be played in Montreal. There are five games left to the season and three of them will be in Montreal.

And that’s not counting the playoffs, which should start in Montreal.

In the coming weeks, to appreciate the demand for sports in Montreal and to experience the excitement, I guess it is football that people will turn to for fun.

How far will the club go? How widely will it be followed and discussed in the sports media landscape?

And while it will be Vernon Adams Jr.’s return to town with his new Lions colors, I imagine CF’s duel against Columbus will be more appreciated for the performance, but also for the aura around the team. .