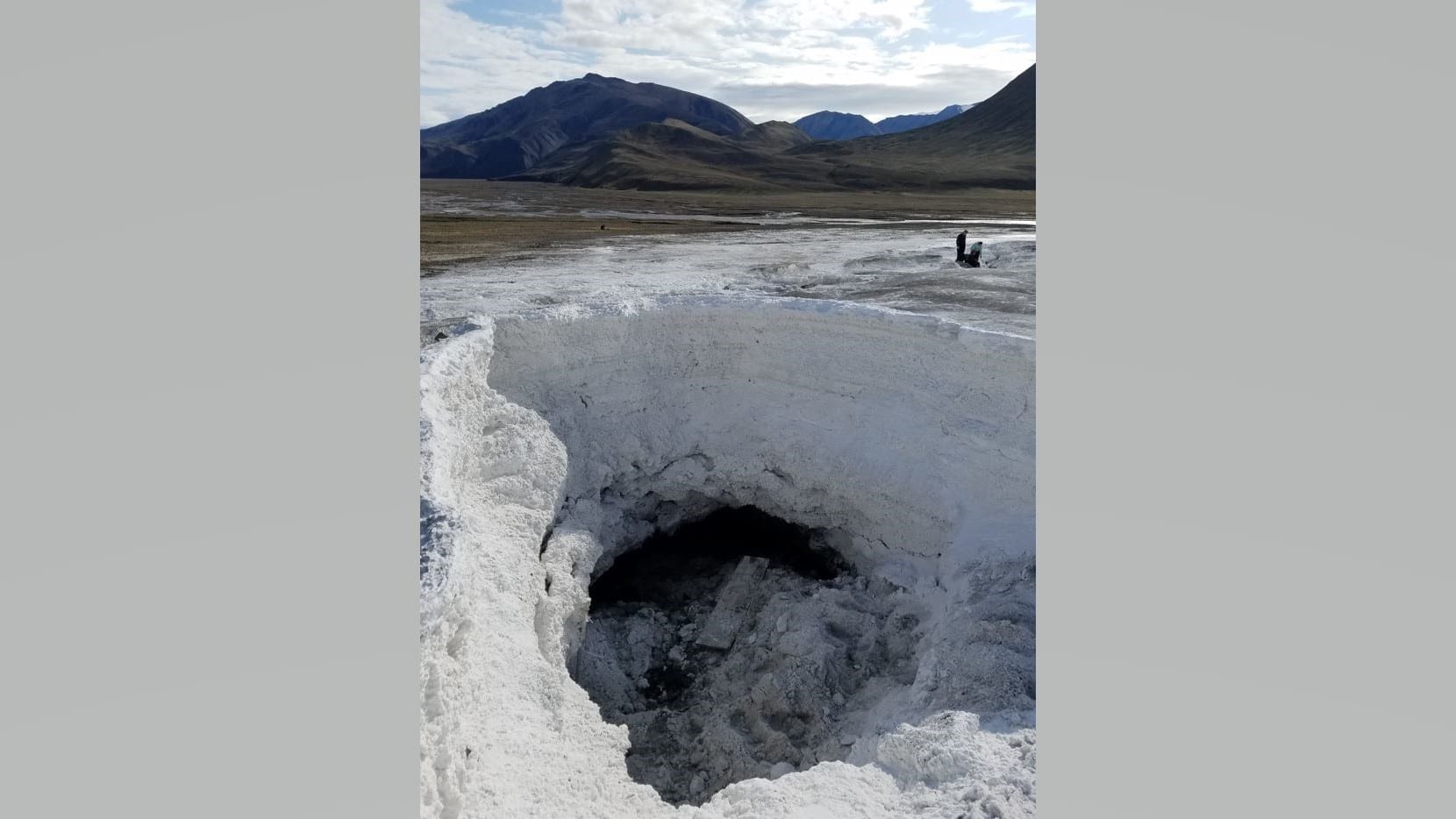 A team of researchers announces that they have identified numerous microbes that live deep beneath permafrost in one of the coldest and saltiest water sources in the world. The discovery is of particular interest to exobiologists as similar living conditions could also exist on Mars.

The Lost Hammer Spring area in the Canadian High Arctic is one of the coldest and saltiest land springs on the planet. Temperatures are also there perpetually less than zero. Even the water that rises to the surface through 600 meters of permafrost very salty (about 24% salinity, which prevents the water from freezing) and contains almost n no oxygen (one part per million of dissolved oxygen).

This cold, salty, oxygen-free environment makes this site one of Earth’s closest analogues to Mars, where extensive salt deposits have been observed. If you want to learn more about the types of life forms that may have existed (or may still exist) on the Red Planet, the Lost Hammer Spring area seems like a great place to search.

Until now, however, we thought that this environment was not conducive to life as we know it. After lengthy efforts, a Canadian team has finally managed to isolate and sequence the genomes of circa 110 microscopic organismsrevealing clues as to how life could potentially survive in the harsh environment of the Red Planet.

” It took a few years of working with sediments before we could successfully detect these microbial communities. In fact, the salinity of the environment interferes with both the extraction and sequencing of microbes“Details Elisse Magnuson, of McGill University in Montreal and lead author of a new study describing the findings.

According to this article, the microbial communities that evolve in this Canadian High Arctic survive by eating and breathing methane, sulfide, sulfate, carbon monoxide, or carbon dioxide, for short, just as many. simple inorganic compounds already discovered on Mars.

The next steps in the research will be to further cultivate and characterize the most abundant and active members of this ecosystem to better understand them.

These results are also of interest to European scientists engaged in the ExoMars mission, the result of a collaboration between the European Space Agency and the Russian agency Roscosmos which aims to detect forms of life on the red planet. The researchers will soon test the rover’s detection capabilities on microbe samples found at Lost Hammer Spring.

Note that for now the mission is on standby due to the war in Ukraine. However, talks have visibly resumed between the two sides, suggesting a possible launch in 2024.