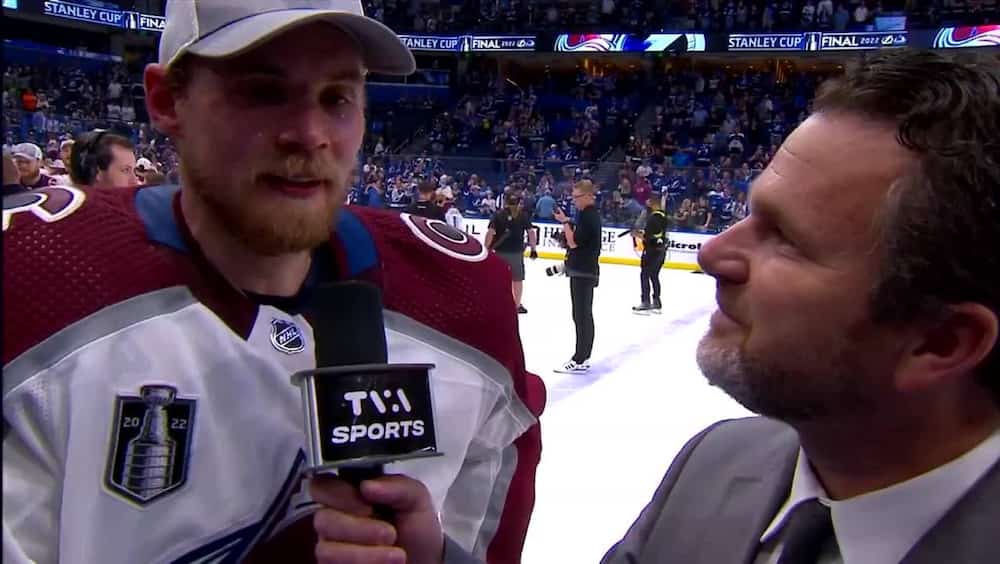 Artturi Lehkonen and the Colorado Avalanche players were thrilled after they were crowned National Hockey League (NHL) champions.

The scoring winner in Game 6 thought about his former Montreal Canadiens teammates, including Shea Weber and Brendan Gallagher, after the game.

Watch the interview in the main video above.

“We had something special last year, but we were wrong,” TVA Sports reporter Renaud Lavoie told a microphone. They are my great friends. I hope they will experience this someday.

“It’s an incredible feeling. To be honest, I don’t even know what to think. The last two seasons have been long, after losing here [à Tampa] last year. It is surreal. It’s hard not to be proud. “

“It’s hard to believe,” he said. I don’t realize it yet. I am so proud of our kids and their resilience. You can see it from their faces: they have all given since the beginning of the season “.

Roberval native Samuel Girard hasn’t played since the second round, but he still lifted the Stanley Cup for the first time in his career.

“[J’ai] speechless, listen. As you get older, this is the trophy you want to win. I’m glad my family is here. The city of Roberval, get ready for this summer! “

Recall that the Avalanche beat the Tampa Bay Lightning 2-1 in the sixth game of the final getting their hands on their first title since 2001 and the third in their history.

From the waivers to the Stanley Cup

“Thanks to Joe Sakic for canceling my waivers this season. I didn’t think this campaign would end like this, it’s a childhood dream. It’s incredible!”

Joe Sakic raised the Stanley Cup in the latest conquest of the Avs in the 2001 season as captain of the organization. Now in 2022, it is as general manager that the great manitou keeps the prized trophy at a safe distance.

By the great Nathan MacKinnon

“We had to learn how to win. Our recent playoff races and difficult times have prepared us for this conquest.

INTERVIEW WITH RENAUD AND MACKINNON –

Nazem Kadri injured his hand in the Western Conference Finals against the Edmonton Oilers. After going under the knife, the striker made his presence felt on his return against the Lightning. A roller coaster of emotions, according to him.

A lifelong dream for Darcy Kuemper

“We learned from our setback in the fifth game. It’s a lifelong dream come true! “