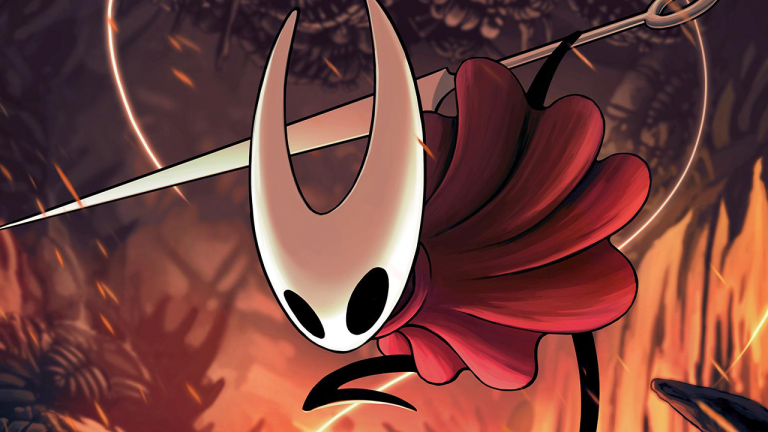 If we look at the most discussed topics on Twitter during the Xbox conference, there is one game that really stands out: Hollow Knight: Silksong. This title is systematically found in a trending hashtag during Nintendo Direct, events from which it has been systematically absent for two years. Silksong is a puzzle for some, but for many players it is one of the most anticipated games, of which we finally have an idea of ​​the release period … Let’s see why Hollow Knight Silksong is an industry UFO, captivating crowds …

The following text is a transcript of the video above

The wait is over!

Officially, Hollow Knight: A Song of Silk It doesn’t have a fixed launch date, but we have a clear clue as to its launch period. The game has returned to the fore in the Xbox conference and, precisely, Sarah Bond, one of the Xbox managers, has clearly stated that the games featured in this conference will all be released within 12 months. Silksong is therefore one of them, which means it will hopefully come out before June 2023..

This is the end of a very long wait for fans, to whom the development team had presented a version of the game that still seemed very advanced already in 2019, exactly three years ago. To tell the truth, the presence of the Arlesian during the period of the conference seemed more like a running gag and it was even less credible to imagine the game presented in the Xbox home. The game will eventually be out, shortly, and that reassures us a little, as many believed in a cancellation along the way, or in big problems during development. How come ? Because the studio that makes the game is a small team, which obviously increases the risk …

A project on a human scale

The size of the Team Cherry studio, which makes the Hollow Knights, is both a surprising point that demonstrates the genius of the few developers, but also the fear of seeing the studio implode in the face of success or pressure. The developers of the game, if we look at their site, are only threenot to mention the freelancers who join the project from time to time. Team Cherry is based in South Australia and Hollow Knight is simply their first game. Hand-drawn and released in 2017, before coming to consoles the following year. Hollow Knight has come a long way. Development was quite an adventure to come up with such a nugget. The project was born from a GameJam, a video game creation competition that first gave birth to the main character, the knight. Their first concept is Hungry Knight, which is a disaster … The game is rated poor at the end of the contest. But the team likes his character and reuses him in a second limited-time design contest, which this time around is underworld themed. The team realizes that they have a real structure to create tons of cute bugs and the concept of the future game is then refined. So they keep their universe: insects, which live underground and populate an infested kingdom. At the end of the Game Jam, they feel they have something and offer the future crowdfunding game on Kickstarter. The Void Knight is born.

They start working with freelancers on different aspects and in record time come out with a real nugget that everyone agrees on. The feat is total for such a small team and the game is recognized as one of the best metroidvania ever created to date. The title has it all: a unique and captivating atmosphere and a powerful game design, made of simple but effective action, platforming and mechanics. In the adventure, one of the antagonists we face regularly is hornetshe is lively, terribly dangerous and constantly tries to get in your way. It is she who the player embodies in Silksong. His power and mobility make him a formidable opponent and it is exhilarating to imagine that we will finally be able to control him in the rest of the game. By the way, this sequel, Hollow Knight SilkSong, is a leftover from the Kickstarter campaign from the first game, so planned as a simple DLC.. But in the face of the small studio’s incredible performance, plans change and the studio is working hard to deliver a long game demo in 2019, just a year after the game’s console was released. It was unveiled in the middle of E3 at Nintendo, and here’s what we could learn there …

Hollow Knight Silksong, when played live at E3 2019, is already an incredibly mature and complete game. In addition to a very advanced 2-minute trailer, we had the right for about twenty minutes to a game demo without bugs and with a more than convincing ending. We see the start of the game, at the controls of Hornet, where the basics of this sequence are explained. Here we will have to do the opposite of Hollow Knight, that is to go back to the surface, while the story of the first game invited us to go deeper and deeper underground. We will meet 150 new enemies, tons of bosses, secrets, varied biomes, in short, the promise of a real following that is already on the way.

We then begin the gameplay in a very green and mossy region, where Hornet begins his quest. Taken into the depths of the earth and a prisoner, she breaks free and tries to find her way in her search for her. We quickly notice through the game title and the gameplay two main themes: silk and music, or the game title: Silksong. Furthermore, in fact, all enemies are represented by musical instruments. There are the bells, the cymbals as a shield, and there we find the artistic direction both cute and childish, which made the first game successful, even if we always remember that this world is extremely violent and particularly melancholy. Death is omnipresent, mourning, shadow, corruption, disease, possession: these are themes quite present in the game, behind its air of a children’s fairytale. The gameplay demo ends after two boss fights, which show Hornet looks a lot more technical to handle than the knight in the first game, so, very concretely, what are the differences with the first episode?

The differences with the first game

The following is enough to evolve the concept of the first game, the differences are numerous and are noticeable immediately. The gameplay is much more lively and we will chain in a very natural way sprints, jumps, multidirectional attacks and special attacks. A little less visible, however: the fuel system has changed. Hornet uses toolswhere the knight used spells to alter his gameplay. We should be able to equip 3 of them, although game trailers only ever show two active ones, so the third could be a passive that changes your mobility, for example. Another big observable difference is the healing system. In Hollow Knight, you had to press for a small second to heal yourself, which set the pace. There, Hornet can heal very quickly and even while in flight, which should make the game more responsive.

On the exploration side, Silksong offers you to go to the top. Unlike the first game, here we will have to reach the surface and find our way through the maze thanks to a brand new map system. Without having any other information, we only know that the system has evolved since the first game: as far as the coating is concerned, the teams of Team Cherry are still working with the same artist for the music and the soundscape and, unlike the Knight of 1, Hornet will have a voice. He will briefly exchange with the other NPCs and as you can hear he expresses himself every time during the fights, which reinforces the immersion. When we were invited to this famous presentation in 2019, the presenter who is doing the demo on behalf of Team Cherry conjures up a “coming soon” version, an imminent arrival then, and given how long the game has waited, to finally change the platform. partner for his return, one may wonder what happened …

From the Switch exclusive to the Xbox exclusive

As we said, Silksong has gone from a flash project, super mature in a very short development time, to the true Arlesian, which everyone is waiting for until they lose hope. So what happened? Because, technically, the trailer presented in June 2022 does not change much compared to what was already seen in 2019 at Nintendo. We also don’t have a fixed release date yet, although Xbox says it should be out within 12 months. Also, the fact that Xbox is handling the announcement of the game’s return, and making it available from day one in GamePass, motivates many questions. And yes, the game was previously planned for PC and Switch only, so seeing it announced there for PC and Xbox only makes us assume that the game will arrive, at least, on PC, Xbox and Switch.

Is a version on PS4 and PS5 possible? This remains to be determined, especially since it is very likely, given the abnormally long development times, that Microsoft, through its Day One arrival deal in the Game Pass, has openly funded the end of development. The American brand could more easily mark its territory against Sony, ensuring the exclusivity of the platform, but still honoring the release of the Switch in order not to offend the Nintendo players who have been promised the game for three years. For everything else, nothing is less certain and we will therefore wait for more information to be fixed.