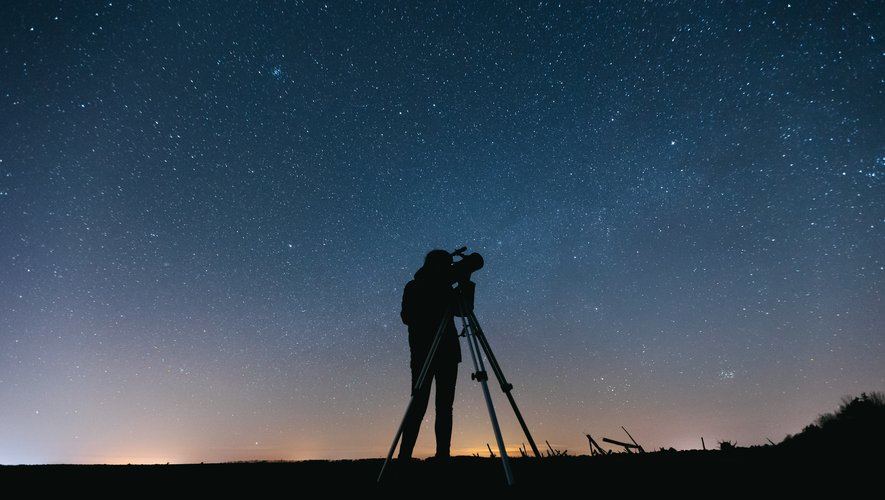 the essential
Observing the sky and the stars is the dream of many people. So we went to find for you the dates not to be missed this summer, the most pleasant places to observe the region’s sky and various appointments to understand the Universe that surrounds us.

Summer is a perfect time to practice astronomy. The sky is clear, the nights are warm and the astronomical phenomena are numerous, all of which are good reasons to spend the night out looking at the stars.

A summer full of natural phenomena

A “great alignment of the planets” occurred in June 2022 but it was not the only observable phenomenon in the sky this summer. So open your eyes well because there are so many appointments.

First of all, from Wednesday 13 July you will be able to see the supermoon. Our night star will therefore be closer to Earth and it will be possible to see it bigger and brighter than ever. To observe it in the best conditions, you have to hope for a clear time and get away as much as possible from the light pollution of large cities.

This year the most famous night offalling stars will take place again in August. The Perseid meteor shower will be visible from July 20 to August 25, with peaks of activity in the night between August 12 and 13. You won’t need spotting scopes or binoculars, you just have to keep your eyes glued to the sky as they move at almost 50km / second.

Finally, for the more equipped among you, on Saturday 16 July you will have to take out the telescope to observe a conjunction (the union of two celestial bodies) between Saturn and the Moon. On July 19 it will slip right under Jupiter and finally on July 26 it is Venus which will be below our natural satellite. Finally on August 14 it can be observed Saturn closest to Earth and I hope to distinguish them rings.

You can also gaze at the stars in the many observers and planetaries of the region. For example Planète Tarn in Montredon-Labessonnie will give you access to a 410mm telescope and a planetary room. You can also spend the night at the Astronarium d’Aniane to sleep under the stars in a transparent dome and participate in evenings of observation of the sky. You can also visit the Jolimont observatory in Toulouse and participate in conferences and visits

Events not to be missed

The Space city in Toulouse organizes a series of activities throughout the summer to interest young and old in the wonderful world of astronomy. From Tuesday 12 July you will be able to see a live explanation of the first images of James Webb and better understand the challenge of this new scientific advance. Friday 5 August you can participate in the night of the stars until midnight.

Finally, for more than 30 years the Fleurance Astronomy Festival in the Gers it takes place from 5 to 12 August. You will once again be able to learn more about the Universe with a large number of lectures, activities and observations of the sky with scientists.