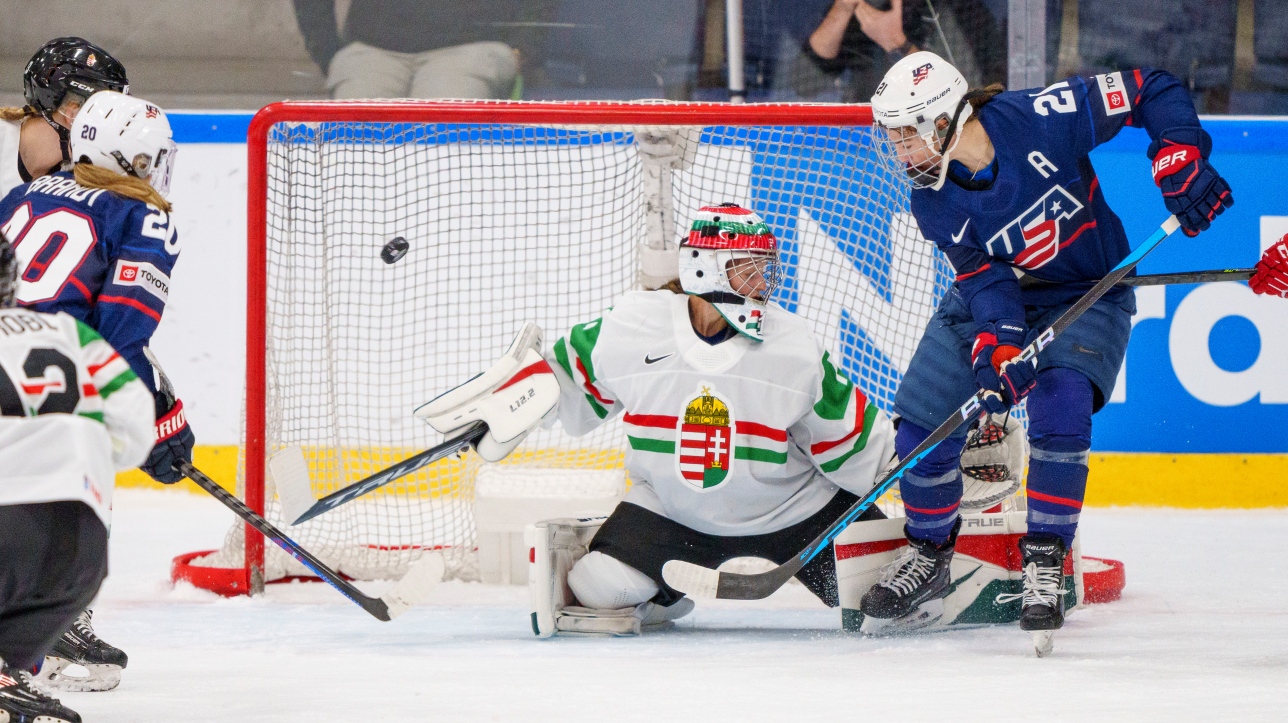 American Hilary Knight is now the undisputed top scorer of the IIHF World Women’s Hockey Championship. With a goal and an assist against Hungary in Thursday’s quarter-finals, Knight raised her career total to 87 points and broke Canada’s Hailey Wickenheiser record of 86.

Knight was initially instrumental in Hannah Bilka’s goal midway through the 2nd period to record the 86th point of her career in the tournament to join Wickenheiser. Then, a few minutes later, Knight looked like he got an assist on a Caroline Harvey goal, but in the end the goal went to Hannah Brandt and Knight didn’t score a point.

It was only a postponement for Knight, who instead had an appointment with history at the beginning of the third period. Three minutes into the match, Knight hit the target to officially score his 87th point.

Knight won eight gold medals in 11 tournament appearances with the United States. She also won a gold medal at the Pyeongchang Olympics in 2018.

Last year, Knight broke the record for most goals when he reached the goal for the 45th of his career in the competition.

The United States took 69 shots in the win, while American goalkeeper Nicole Hensley faced only 10 discs.

Like Canada and the United States, Finland had never lost the semifinals of the Women’s Hockey World Championship. Never, until the Czech Republic decides otherwise on Thursday.

Aneta Tejralova hit the target in extra time causing upheaval and giving the Czech Republic a ticket to the semi-finals for the first time in its history.

In 20 tournament appearances, Finland have reached the podium on 14 occasions. It is also the only nation besides Canada and the United States to have played a final game. Finland had won the silver medal in 2019.

Halfway through the third half, Noora Tulus replies and the game is decided in extra time.

After just 41 seconds of recovery, Tejralova took advantage of a Finnish loss to fire a shot from a tight angle and give the Czech Republic a historic victory.

Switzerland gets the first ticket

In the first quarter-final of the day, Switzerland needed penalties to get rid of Japan and advance to the semi-finals for the second consecutive year.

Seeking their first semi-final appearance, Japan offered excellent opposition to Switzerland, even though the Asian side had not won the tournament in four games to date.

The Japanese took control of the game in the second period when Makoto Ito opened the scoring just under six minutes from the end of the interim period.

The Swiss response came from Sinja Leemann’s stick, who drew 6:01 in the third period. Leemann also scored one of two penalty shootout goals that saw Switzerland run away with victory. Alina Marti also hit the target in the shooting.