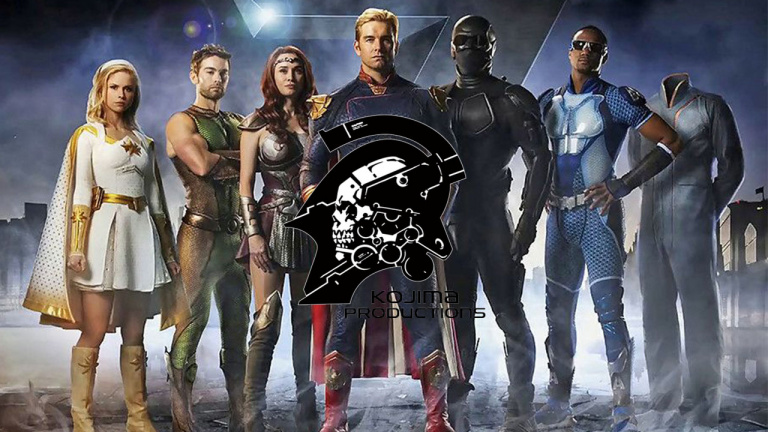 Hideo Kojima has recently made a comeback with rumors surrounding his studio’s upcoming production. After Death Stranding there is talk of a horror game that would be called Overdose, but the latter has not been confirmed. On the other hand, we know that Kojima Production is working in collaboration with Xbox on a game that integrates cloud gaming technologies and it could be the same project.

A game like “The Boys” in preparation for Kojima Production?

While waiting to learn more about the next game from Kojima Productions, the game designer, who is responsible for the Metal Gear and Death Stranding saga, mentioned on Twitter the fact who had another game in mind in 2019, a few months before the first game came out of his studio. We are therefore not on the dissemination of information by an insider, but by a communication from the developer himself, which effectively excludes the idea of ​​rumor. In two tweets, Hideo Kojima indicates that he was preparing a game in which we would have an adventure alongside. two characters exploring the hidden side of superheroes.

Makes you think The boys, whose season 3 is currently airing? It is normal, and this is also why we haven’t heard of the game. Hideo Kojima indicates that he had seen the first 3 episodes of The Boys and that he had stopped to continue later. At that time he would have been is about to launch a project he had in mind for a long timebut that the latter was suspended for similarities between concepts. He even indicates that he thought to Mads Mikkelsen for the title roleactor who was already in the cast of Death Stranding with an important role.

1/2
“THE BOYS”, which I left after 3 episodes of the first season. I thought I’d watch the rest of the show. In fact, I have seen a few episodes that were delivered at the time I was about to start a project that I had been heating up for a long time, pic.twitter.com/UpI00pUIHQ

“THE BOYS”, which I left after 3 episodes of the first season. I thought I’d watch the rest of the series. I actually saw some episodes that came out when I was about to start a project that I had been preparing for a long time, and that I put on hold because the concept was similar (different sets and tricks). A friend thing (male / female) with a team of special investigators fighting legendary heroes behind the scenes. I was thinking of Mads for the lead role.

A suspended project, not abandoned

The Boys, adapted by Erik Kripke comics by Garth Ennis and Darick Robertson, takes place in a world where superheroes are numerous, adored and work within a large company responsible for their placement and management. But the latter they are not as virtuous as one might thinkand some people are determined to drop the mask. The concept evoked by Kojima is therefore close enough, obviously too close for him to continue on this path. However, the game designer it never indicates that the project has been trashed. So there is hope that, provided you find a way to differentiate yourself enough from The Boys, this project will return to the workbench.