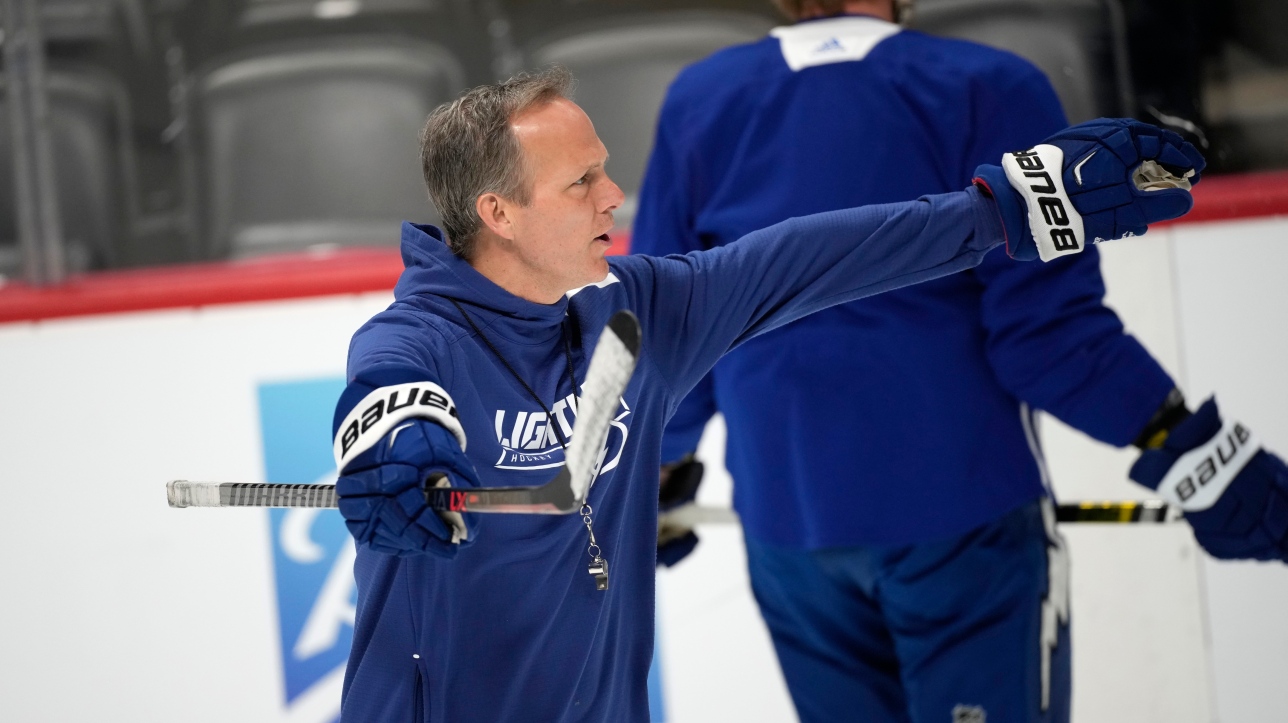 The day after an extra-time defeat, Jon Cooper would have preferred to see his team jump on the ice on Thursday night to play the second game of the Stanley Cup final.

But as he and his players are less familiar with Avalanche, who won 4-3 on Wednesday to take a 1-0 lead in the series, the Lightning manager welcomes the two-day break between the first and second. match.

“The first day will allow us to review the game, to better identify and analyze the trends detected in our preparation in order to make the necessary adjustments for the second match”, commented the coach of the Lightning.

The Avalanches knew how to stay calm

A coach far from upside down just 12 hours after the defeat suffered in the first game. “We are here to win the final series and not just to win Game 1,” Jon Cooper replied when asked how much weight he put on Wednesday’s loss.

Cooper also insisted he wasn’t sending a message to his players through the media when he said after the setback that his team had much better hockey to offer.

“I am a very open and very direct guy. When I have things to say to our players, I say them clearly. They are the first to know that we have much better hockey to offer than what we offered last night. It does not change the outcome of the first game. We have already lost games in which we played very well. We have also won games in which we played less well. But to put all the possibilities on our side, we will have to be better on Saturday and above all better at starting the match, ”said the Bolts coach.

Jon Cooper had not yet met his players individually when he answered reporters’ questions via videoconference.

So he didn’t know what state Brayden Point was in the day after a controversial first match after missing 10 games due to an injury sustained at the start of the decisive match against the Maple Leafs in the first round.

“Last night Brayden spent almost 18 minutes on the ice – 23 appearances for a total of 17:59 to be exact – and it’s probably a little more than I would have liked. Unless he makes it back for Game 2, I expect him to be on the roster because even without being at the top of his game, he makes us a better team. “

The Lightning have started all four rounds since the start of the away playoffs. He lost his first games to Toronto and New York in the first round and in the Eastern Final. Thus he finds himself in familiar territory.

And because this team knew how to get from behind to take out the Leafs and Rangers, Jon Cooper ensures it’s easy to turn the page and focus on what needs to be done to get back to the series.

The Lightning can also rely on the very telling stats of their goalkeeper Andrei Vasilveskiy to fuel their confidence to take on the challenge ahead.

In the first four games played since the beginning of the playoffs Vasilevskiy has won only one. He maintained a generous 3.99 goals against the average and an efficiency of just 88.4%. In the other 14 games, the Lightning goalkeeper lived up to his reputation as the best goalkeeper in the world with a record of 11 wins and three losses, an anemic 1.9 goals per game and a sensational efficiency of 93.9% .