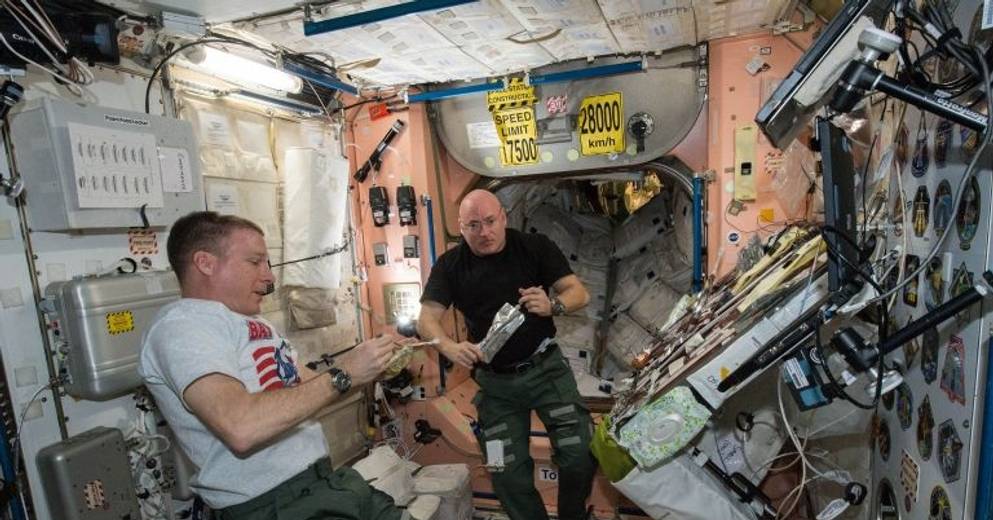 Bad news for future missions to Mars: Astronauts recover badly from bone loss they suffered during their stay in zero gravity, even a year after their return to Earth, according to a study published on Thursday.

Bone atrophy caused by weightlessness, similar to osteoporosis, has long been studied aboard space stations. Floating there is pleasant, but astronauts must limit themselves to several hours of physical exercise a day to limit the damage of this inactivity of the musculoskeletal system.

What is less known is how long it takes them to recover after returning to land.

Thanks to new 3D imaging techniques, a study of 17 astronauts from the International Space Station (ISS), published in the journal Scientific Reports, shows that the recovery remains incomplete, even after a year.

Work began in 2015 at the initiative of Steven Boyd, director of the McCaig Institute for Bone Health at the University of Calgary in Canada. Together with his colleagues, they captured the skeletons of 14 men and three women before their space flight, when they returned to Earth, then six months and another 12 months after landing.

In particular, bone scans of the tibia (which supports almost all of the body weight) and of the radius (forearm) were performed to assess their density and resistance to fracture. When calculating the effects of physical exercises practiced in weightlessness and returning to Earth.

Result: A year after the flight, 16 astronauts showed incomplete resorption of the tibia, which had lost up to 2% of its bone density compared to the pre-flight period. The longer the stay in orbit (6 to 7 months), the more the bone system was damaged.

After 12 months, nine of the astronauts had not fully recovered. Damage comparable to a decade of bone loss on Earth, or more.

“We also show that the bone architecture is permanently altered,” study co-author Dr Steven Boyd told AFP. “Think of the Eiffel Tower and all its metal rods: in space we lose some of its rods. When we return to Earth, we can repair those that remain but we don’t create new connections, ”continues the researcher.

“Microgravity [l’apesanteur]it is the most drastic physical inactivity there is “, comments Guillemette Gauquelin-Koch, head of space medicine at CNES.” Even with two hours of sport a day, it is as if you were confined to bed for the remaining 22 “, adds the doctor, who did not take part in the study.

For some years now, the inhabitants of the ISS have had a new machine developed by NASA, Ared (Advanced Resistive Exercise Device), which exerts a resistance similar to gravity on the body, allowing leg curls, biceps, abdominals … “We should do more such exercises to reduce bone loss, ”recommends Steven Boyd.

For future manned flights to Mars – well beyond six months – this is still an obstacle, adding to the problems of cosmic radiation and the psychological impact of a long confinement. “It will not be easy for the crew to set foot on Martian soil when they arrive … it is very crippling,” according to Dr. Gauquelin-Koch.