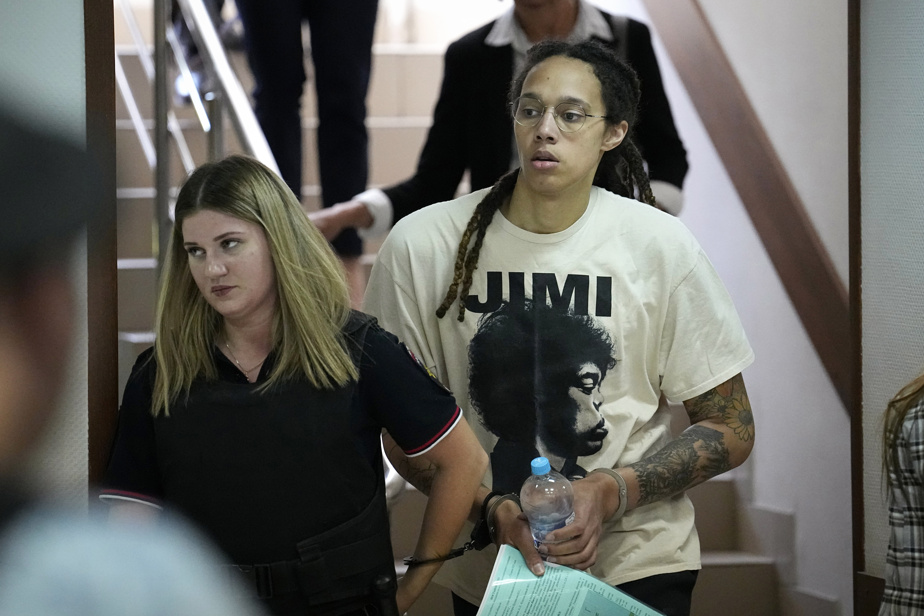 Brittney Griner appealed to President Joe Biden in a letter delivered to the White House via his representatives saying she feared she would never go home and asking him not to “forget me and the other American inmates.

Griner’s agent Lindsay Kagawa Colas said the letter was delivered on Monday. Much of the content of the letter to President Biden remains private, although Griner’s representatives shared a few lines of the handwritten note.

“… As I sit here in a Russian prison, alone with my thoughts and without the protection of my spouse, my family, my friends, my Olympic jersey or any of my achievements, I am terrified of being here forever. ”Wrote Griner.

“On July 4th, our family normally honors the service of those who fought for our freedom, including my father who is a Vietnam War veteran,” added the Phoenix Mercury center. It hurts to think about how I usually celebrate this day because freedom means something completely different to me this year. ”

The two-time Olympic gold medalist is in the midst of a trial in Russia that began last week after she was arrested on February 17 for possession of cannabis oil while returning to play for her Russian team. The trial will resume on Thursday.

Less than 1% of defendants in Russian criminal proceedings are acquitted and, unlike in US courts, acquittals can be revoked.

Griner’s wife Cherelle said Tuesday morning that she has had no direct communication with President Biden since the letter was delivered to the White House.

“I haven’t heard that yet and it’s honestly very off-putting,” Cherelle Griner said on CBS Mornings.

“We believe the Russian Federation is unfairly detaining Brittney Griner,” NSC spokeswoman Adrienne Watson said Monday. President Biden has been clear about the need to have all US citizens held hostage or unfairly detained overseas, including Brittney Griner, released. The US government continues to work aggressively, using every means available, to bring her home. ”

Cherelle Griner made it clear that Brittney speaking directly with Biden indicates how scared his wife is of what will happen.

“BG is probably the strongest person I know. So he doesn’t say such words lightly, Cherelle said. This means that she is truly terrified that she will never see us again. And you know I share the same feelings. […] I’m sure he thought, ‘I’ll write to him now because … my family tried and failed. Then I’ll do it myself. ‘ ”

Griner pleaded with Biden in the letter to use his powers to ensure his return.

“Please do everything you can to bring us home. I voted for the first time in 2020 and I voted for you. I trust you. I still have so much to do with my freedom that you can help me find it, Griner said. I miss my wife! I miss my family ! I miss my teammates! It kills me to know that they are in so much pain right now. I am grateful for anything you can do right now to bring me home. ”

Griner was able to have sporadic communication with family, friends and WNBA players via an email account created by his agent. The emails are printed and delivered in packages to Griner by his lawyer after being reviewed by Russian officials.