In addition to the BERT transformer model available since the launch of Optimum Graphcore, developers have access to nine models that support automated language processing, computer vision, and speech recognition. They come with IPU configuration files and adjusted parameters, pre-engineered and ready to use.

Hugging Face Optimum Graphcore: the future of a successful partnership

Graphcore became a founding member of the Hugging Face Hardware Partner program in 2021. Both companies aimed to simplify innovation in artificial intelligence.

Since then, Graphcore and Hugging Face have worked hard to simplify and speed up the training of transformer models on IPUs. The first Optimum Graphcore (BERT) model was released last year.

Transformers have proven very effective with a number of features, including extraction, text generation, sentiment analysis, translation, and more. Models like BERT are commonly used by Graphcore customers, in a variety of situations such as cybersecurity, voice call automation, drug discovery, and translation.

Optimizing their performance requires considerable time, effort and expertise, which many companies and organizations cannot afford. Thanks to Hugging Face and its open source library of transformer models, these problems are history. The integration of the IPU Hugging Face also allows developers to take advantage of the models as well as the datasets available in the Hugging Face Hub.

Developers can now rely on Graphcore systems to train ten types of state-of-the-art transformer models and access thousands of datasets with little coding. This partnership provides users with tools and an ecosystem for downloading and optimizing state-of-the-art pre-built templates, suitable for many domains and businesses. 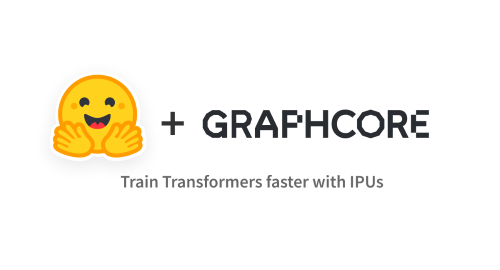 While Hugging Face users are already enjoying the speed, performance and cost benefits of IPU technology, the addition of the latest Graphcore hardware and software will only multiply these improvements tenfold.

On the hardware front, the Bow IPU (announced in March and now shipping) is the world’s first processor to use 3D Wafer-on-Wafer (WoW) stacking technology, taking the already proven IPU performance to new levels. . Each Bow IPU offers revolutionary advances in computational architecture and implementation, communication and memory. This IPU offers up to 350 AI computing traFLOPS (i.e. 40% more performance) and up to 16% more energy efficiency than the previous generation. With no coding required, Hugging Face Optimum users can freely switch between legacy IPUs and Bow processors.

With software also playing a crucial role, Optimum offers a plug-and-play experience with Graphcore’s easy-to-use Poplar SDK (also updated to version 2.5). Poplar makes it easy to train state-of-the-art models on the most advanced equipment with full integration with standard machine learning frameworks (including PyTorch, PyTorch Lightning, and TensorFlow) and distribution and orchestration tools such as Docker and Kubernetes. Since Poplar is compatible with these widely used third-party systems, developers can easily transpose models from other computing platforms and thus take full advantage of the advanced AI capabilities of the IPU.

What do you think ?

An AI researcher trains AI chatbot on 4chan to make it a true hate speech machine, after 24 hours nine instances of the bot running on 4chan had posted 15,000 times

Qwant prepares to change direction under investor pressure, Eric Landri will leave the presidency and Qwant will become the default search engine for the French administration