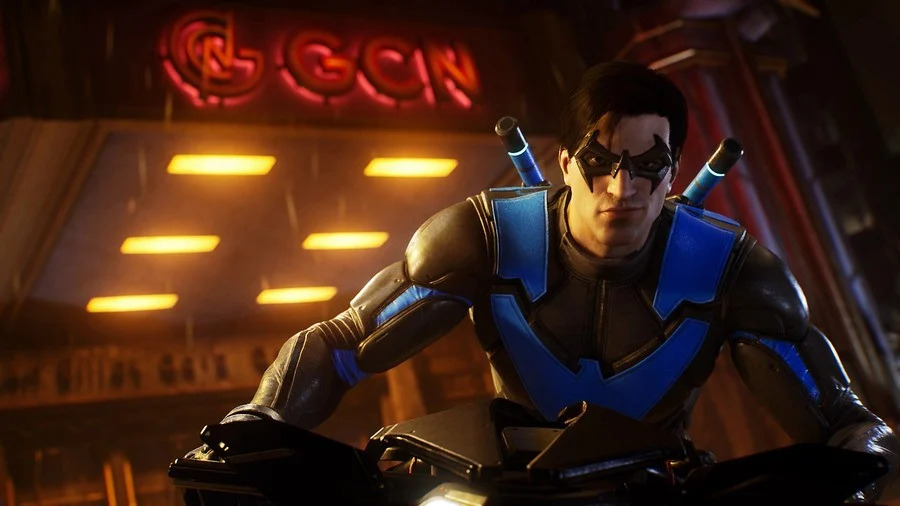 The masked vigilante is gone: framing the action of the next game set in the Batman universe, the people of WB Games, working on Gotham Knights, killed the famous billionaire. Meeting with Fleur Marty, executive producer, who is working on this intriguing title.

Intriguing, yes, because in addition to leaving the traditional framework of the Arkham series, for example, where the player wore the costume of Bruce Wayne, the dramatic death of the latter allows the Court of Owls, a mysterious organization, to take more and more space in Gotham …

In the interview, Ms. Marty laughs a little when asked to explain what will happen in the game: “I’ll try to talk about it, but without giving too much. spoiler. But the starting point of the game is actually Bruce Wayne’s death, Batman’s death. And it is a starting point that interests us a lot, because it allows us to see what happens, from that moment, on the side of the Batman family, with our four heroes, Batgirl, Robin, Redhood and Nightwing, who have all been under The Batman’s wing … How do they react to his disappearance? How will they try to reclaim his role as Gotham’s protector? “, she says.

Again according to Mrs. Marty, this new scenario “is also interesting from the side of the bad guys; several famous Gotham villains have a long history with Batman. For them too, it’s kind of a shock. So it really allows you to explore these two things.

“And our main antagonist is in fact a secret society, the Court of Owls (Court of Owls in English, ed), which was a” character “that interested us a lot, because for us Gotham City is a character in its own right. Game. “

As the executive producer explains, “The Court of Owls is a secret society that has truly infiltrated every foundation of the city, has pulled the strings for decades and decades, and will emerge even in Bruce’s absence.”

“All these factors together are the basis of our history. “

And in addition to the need to create a new world, of sorts, with new main characters, the developers of WB Games are always faced with the challenge of the open world: how, after all, to make a game interesting and above all to keep it at a sufficient pace. exciting, when is it possible to “pause” a main quest and take a walk to the other side of the map?

” The challenge it is a bit like that, actually. For us the story, the narrative framework is extremely important. But with an open world, we want to leave the freedom to the player. And the challenge is to find the balance between the player’s freedom, the ability to explore and go to fight crime and do business wherever you want, while making sure it’s always clear for the player to determine what is part of our core narrative. “says Ms. Marty.

The latter adds that the development team has also made things more difficult by not only having the main quest, centered around the Court of Owls, but also several secondary story arcs complete with some notorious villains, including Mr. Freeze. “They are stories in themselves that the player can decide to follow. The challenge is really on the side of clarity, with a situation where you are like “here are all the options I have, and what’s part of what?”. “

Together, but sometimes separated

Another peculiarity of Gotham Knights, the game can also be played in cooperative mode, with a friend connected online. And not only will players be able to face a villain together, for example, but they will also be able to separate to go and complete various tasks on their own.

“They’ll just have to be reunited when they follow the main storyline. “

Unfortunately the game may be available on multiple platforms, it will not be possible, if one is on PC, for example, to connect to another player on Xbox.

Of course, anyone who ventures alongside Batman enters a universe that spans decades of movies, TV shows, comics … and even video games. If, for example, the most recent film was particularly inspired by the comic series The long HalloweenMs. Marty indicates that the developers at WB Games were inspired by everything and nothing.

“Our game is definitely not a sequel … So basically we had to figure out what kind of different stories we wanted to tell. And that’s why we were interested in the Court of Owls; because even though it has now become a cult story arc. , it’s actually relatively recent. And therefore, this hadn’t been explored in video games yet, “he explains.

The folks at DC Comics were also very helpful in the initial design of the game, adds Fleur Marty. “Conversations with them informed the thinking of our creative team. But I want to say that we are not telling a story of a comic. We took inspiration from the right, from the left, to build our story. “

And what about amateurs? After all, with decades of history, and probably tens of millions, if not hundreds of millions fan of Batman, there is always the risk of alienating several … “I would not say that there is fear (of displeasing the fans, ed); we are all very proud of the game we are playing. But of course there is pressure. And whatever you do, such a franchise is still legendary. It’s an honor to be able to work on it, but yes, there will always be people who will be upset that we start by killing Batman! adds Mrs. Marty with a laugh.

The WB Games team also knows how to keep the mystery, with the unveiling of the characters and abilities of each. To discover the entire work it will normally be necessary to wait until the end of October.

Listen to the full interview with Fleur Marty as part of the podcast Pixels and prejudices: