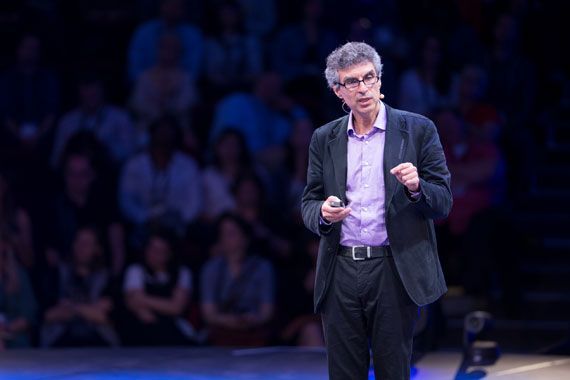 Madrid – Four scientists considered pioneers of artificial intelligence, including a French and a Canadian, were awarded the Spanish Princess of Asturias Award, one of the most prestigious in the Spanish-speaking world, on Wednesday for their “extraordinary” contributions in many areas.

The French Yann Le Cun, the Quebecer Yoshua Bengio and the British Geoffrey Hinton and Demis Hassabis, jointly awarded in the Science category, have enabled the “full integration” of artificial intelligence “into society”, estimated the jury.

“Their contribution to the development of deep learning has enabled great advances in areas as diverse as speech recognition (…), object perception, machine translation, strategy optimization,” protein structure analysis, medical diagnosis and many others, “he said.

Due to the breadth of disciplines in which these advances are applied, the “present and future impact” of their work “on the progress of society can be described as extraordinary,” added the jury.

Yann Le Cun, 61, Geoffrey Hinton, 74, and Yoshua Bengio, 58, had already received the Turing Prize in 2018, considered the Nobel Prize for computer scientists. For her part, Demis Hassabis, 45, who was among the 100 most influential people in the world by Time magazine in 2017, received the Wiley Award for Biomedical Sciences in 2021.

Geoffroy Hinton was the creator in 1986 of the so-called backpropagation algorithms, tools with which he was able to design, in 2012, a neural network, called AlexNet, capable of recognizing objects with only 26% errors.

Yann Le Cun used these same backpropagation algorithms to create in 1989 LeNet5, a system that made it possible to recognize with sufficient certainty, for example, the characters written on bank checks.

More recently, he was one of the promoters of an image compression system that allows scanned documents to be viewed on the Internet, a technology used by millions of people every day.

For his part, Yoshua Bengio has specialized in probabilistic sequence models, which over time have made it possible to improve speech and handwriting recognition.

As for Demis Hassabis, he founded DeepMind, a Google subsidiary that is developing a new artificial intelligence system applicable to research and capable, for example, of predicting “the structure of over 350,000 human proteins,” according to the jury. .

The Princess of Asturias awards, awarded since 1981 in eight categories, are endowed with 50,000 euros.

They are named after the heir to the Spanish throne, Princess Leonor, eldest daughter of King Philip VI and Queen Letizia, and are delivered every October by the royal family during a ceremony in Oviedo, Spain. Asturias (north-west of the country).