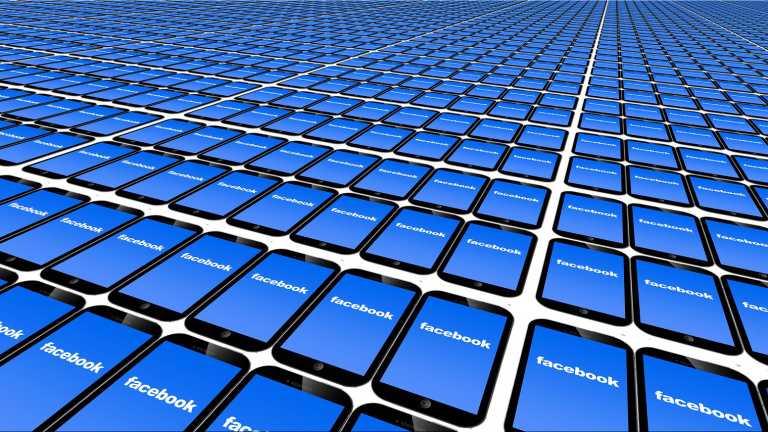 Losing momentum for years and competing with the new wave of social networks, Facebook wants to launch an assault on TikTok by updating its old mobile application. That’s how.

After being the number one social network in the world for nearly 10 years, Facebook has been in decline for several years. The repeated scandals over the processing of personal data, the poor image of the company that is now trying to reinvent itself under the name of Meta and the fierce competition in the world of social networks do not help Mark Zuckerberg’s company to imagine a bright future.

However, that doesn’t mean she’s ready to let go. According to information published by The Verge website, Facebook is about to make major changes to its algorithmbut also to redesign its mobile application, to compete with TikTok.

After Snapchat, TikTok is Facebook’s enemy

The Verge got its hands on an internal Meta memo written by Tom Alison, the head of Facebook app development. He explains that it is necessary for the social network to react promptly to counter TikTok with adequate tools. Asked by the site, Tom Alison said “I don’t think we understand how social this format can be”on videos broadcast on the competing platform.

In the early 2010s, another social network had made Facebook tremble: Snapchat. At the time, Mark Zuckerberg’s company attempted to buy the platform for several billion dollars, without success. To compete with its rival, Facebook notably rolled out Stories in 2017.

A “discovery engine” to revolutionize the flow

Facebook is therefore working on a “discovery engine” which will be based on a recommendation system, similar to the “For You” feed offered by TikTok. The content that will be pushed there will not necessarily be related to friends or pages liked by the user: we should find in particular a selection of Reels from Instagram.

The Reels in question have already taken up more space on Facebook in recent months – Video tips are provided to users, even if they don’t have an Instagram account. Facebook wants to go even further. Today the social network transmits about 11% of the “offline” content on the feed of a Facebook user: these are in particular videos that are suggested to him without a direct link to his friends or his interests. This percentage is expected to increase considerably in the coming months.

Towards a return of Messenger in the Facebook application

Facebook’s mobile app should too experience a big change in the months to come. First of all, the main board will put a lot more emphasis on Stories and reels, as well as publications recommended by the detection engine. The experience should be more visual, more engaging.

Facebook hopes to inspire users to share their findings with their loved ones. And here’s why, the social network intends to overturn a decision taken 8 years ago: to separate the Facebook and Messenger applications. A regretted choice at the time! You may be wondering if Messenger will continue to run separately, because today, millions of people who no longer visit their Facebook account remain loyal to its messaging system.

Tom Alison and his teams have big ambitions, but they also know that restoring Facebook’s image is a challenge. Facebook’s recommendation algorithms have been routinely identified for their ability to highlight misinformation at the expense of relevant information. The engineer promises greater transparency and the application of stricter rules regarding the display of content.

But will it be enough? We will have to wait to discover the new Facebook, and above all to monitor the reception that will be made of it, to determine it. What is certain is that TikTok, with its 3.6 billion users, shouldn’t really feel threatened on its side.