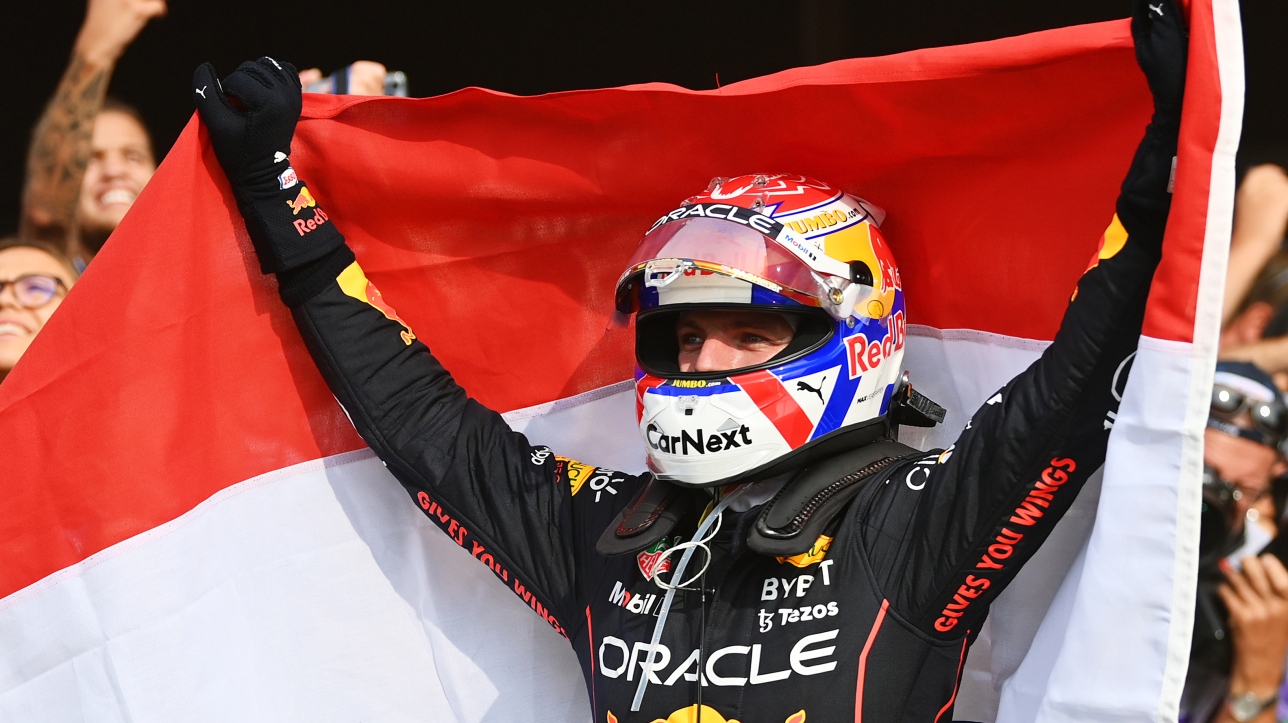 ZANDVOORT, Netherlands – Dutchman Max Verstappen skilfully used the resumption of the race after exiting the safety car to win the Dutch Formula 1 Grand Prix on Sunday in front of 100,000 adoring fans.

Suddenly, Verstappen won his fourth consecutive race, a feat he had never achieved in his Formula 1 career.

This 10th win in 2022 also allowed the Red Bull team color holder to equal last year’s total and increase his lead at the top of the drivers’ championship standings to 109 points. Verstappen has 310 points.

“Very nice result, guys,” Verstappen told his team members, before letting his legion of fans know he was “proud to be Dutch”.

This second consecutive victory ahead of his family, and the 30th of his F1 career, was even more rewarding for Verstappen due to a gearbox problem that occurred during the first free practice session on Friday.

“I had to work even harder to get it, a fantastic weekend,” added Verstappen. “Once again, we had a great pace. “

“From the team’s point of view, today we have reached an incredible pace. The result of the team is not what we would have hoped for, but we have reason to be confident for the future, “said Russell.” Slowly, we are approaching this higher step. “

Starting from 10th place, Quebecer Lance Stroll, on Aston Martin, gained two positions at the start but still finished the race in 10th position. However, he has collected a fifth point this season in the Drivers’ Championship. Toronto’s Nicholas Latifi (Williams) finished 18th.

“Overall it was a good weekend in terms of performance, but today we were a bit unlucky with the turn of events and the impact they had on our strategy,” said Stroll.

“The timing of the safety car gave the Alpines and (Lando) Norris the lead. Without that, we could have fought for seventh place. Our pace was excellent all weekend, I felt really confident in the car and we were more competitive ”, also described Stroll, who said he was confident for the next races.

Verstappen appeared to be heading for a relatively easy victory when the safety car was brought to the track on lap 56, after Valtteri Bottas had engine problems with his Alfa Romeo.

Verstappen made a tire change and found himself behind race leader Hamilton with 12 laps to go.

However, Hamilton drove on slower intermediate tires, while Verstappen had opted for faster, softer tires. Just like in 2021 when he lost the world title to Verstappen in the final race of the season in Abu Dhabi, Hamilton was becoming an accessible target for the Dutchman.

Then, Hamilton misjudged his raise and Verstappen immediately doubled it up, causing a cheer among his fans. The Dutchman also got an extra point for the fastest lap.

Furious, Hamilton verbally attacked his team members on the radio. He even used a curse to let them know that he wasn’t happy that he didn’t take advantage of the safety car on the track to make a tire change, so did Russell.

Then Hamilton seemed to brake late as Russell passed him, and the two teammates nearly collided. Hamilton could no longer contain his anger and launched into another outburst.

Hamilton’s situation further worsened when Leclerc overtook him to slip to third place.

“I’m sorry it didn’t work out,” Mercedes main owner Toto Wolff told Hamilton. “We did what we talked about in the office this morning. “

Later, Hamilton had regained his composure and thanked his mechanics.

As for Leclerc’s maneuver, it brought a slight balm to a Ferrari team that was unable to eliminate the most elementary mistakes.

Leclerc started the race from second position, ahead of teammate Carlos Sainz Jr. The latter had to settle for eighth place and received a five-second penalty for unsafe exiting the pits.

Previously, during the 15th of the 72 laps of the event, Ferrari sabotaged a tire change by Sainz Jr., which took 13 seconds because the tires were not even ready.