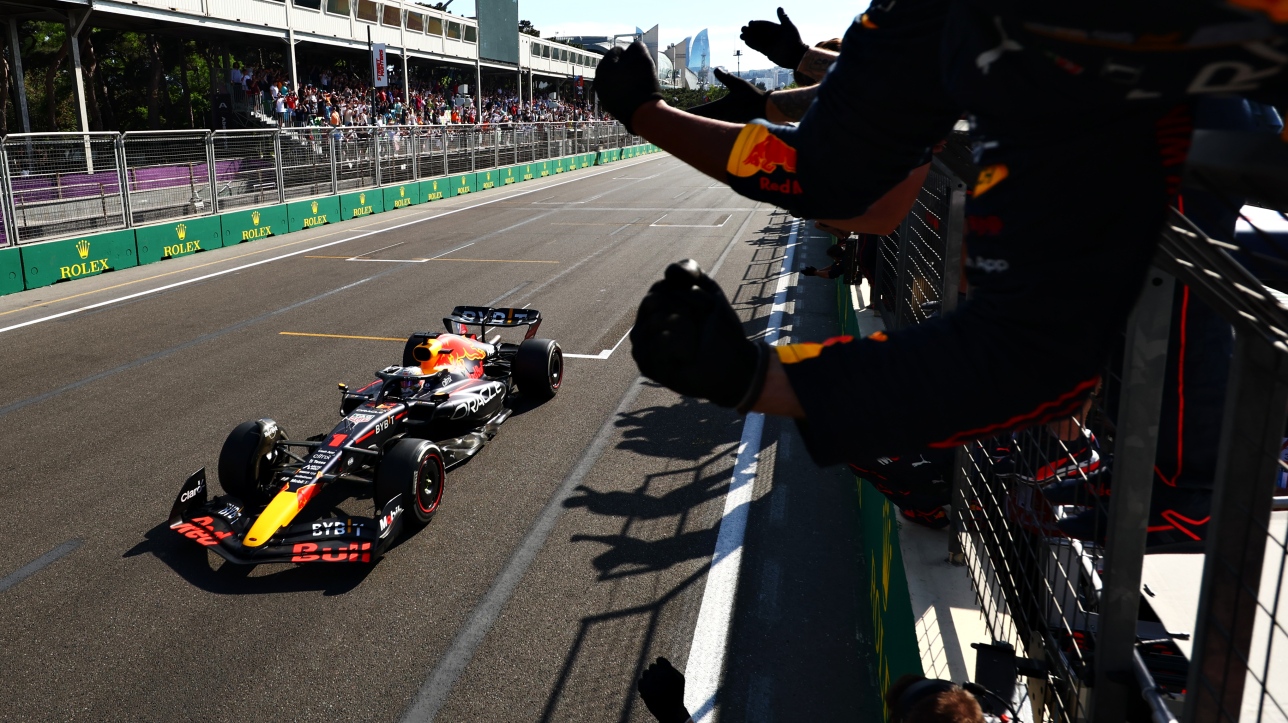 Max Verstappen increased his lead at the top of the drivers’ championship by winning the Azerbaijani Formula 1 Grand Prix, where the Red Bull team scored a double, while Leclerc and his Ferrari did not finish the race due to a problem with the motor .

Leclerc started from pole position on Sunday but immediately lost the lead of the race against Verstappen teammate Sergio Perez in the first corner. The Ferrari driver regained the lead with the help of a good pit stop strategy as the cars were subject to a speed limit, while the two Red Bulls remained on track.

The Monegasque seemed to have reached cruising speed towards victory when his car began to spit smoke on lap 20 of the Grand Prix scheduled for 51. He had to pit, where he was forced to retire for the second. time in three races.

“It hurts. We really have to make sure it doesn’t happen again,” Leclerc said. I can’t find the exact words to describe how I feel, but it’s absolutely disappointing. “

Verstappen had overtaken Perez just a few laps before Leclerc’s problems and the reigning champion took his fifth win this season, more than 20 seconds ahead of his team-mate.

The win comes a year after Verstappen seemed to be aiming for victory in Baku, before one of his tires exploded and sent him into the wall with three laps to go. He still had some problems at the end of the course, when he warned his team that the car reacted strangely when braking, but he managed to reach the finish line.

“We will never be able to recover from this race from last year, but today we had a lot of pace. We were able to manage the tires well to gradually recover and overtake to take the lead, explained Verstappen. We were also a bit lucky with (Leclerc’s) retirement. I still think our car was very fast today and we would have narrowed the gap. “

George Russell, in a Mercedes, completed the podium, ahead of team mate Lewis Hamilton.

Perez, who won this race last year, said Red Bull had made the right decision by asking him not to fight Verstappen, saying he had struggled to manage his worn tires.

Ferrari had a terrible day, as Carlos Sainz Jr. also failed to cross the finish line, as did Zhou Guanyu’s Alpha Romeo and Kevin Magnussen’s Haas, both cars powered by Ferrari engines.

It is the first time since the 2020 Italian GP that the two Ferraris have been forced to retire.

This Ferrari lethargy comes at a time when Red Bull seems to have solved all its problems. Verstappen and Perez also had engine problems forcing them to retire in Bahrain, the first GP of the season and the first race with Red Bull engines.

Verstappen now has a 21-point lead at the top of the standings ahead of Perez, while Leclerc has slipped to third, 34 points behind the Dutchman.

Seven-time champion Hamilton complained of back pain caused by Mercedes’ tendency to porpoise at high speeds. He also had a hard time getting out of the vehicle after the race, protecting his lower back.

“We will definitely make some changes,” said team boss Toto Wolff after the race.

Quebecer Lance Stroll was unable to get his Aston Martin to the finish, but his teammate, Sebastian Vettel, finished sixth, behind Pierre Gasly’s Alphatauri.

“It’s a shame we had to collect the car,” Stroll said in a statement. The engineers saw that the car had a vibration problem, so they asked me to go back to the pits. We don’t know exactly what this problem is yet, so we will have to work on the car in the next week.

“Sebastian has shown that our car can keep up, so we hope to find the problem before the Canadian GP at home, which I can’t wait to take part in. “