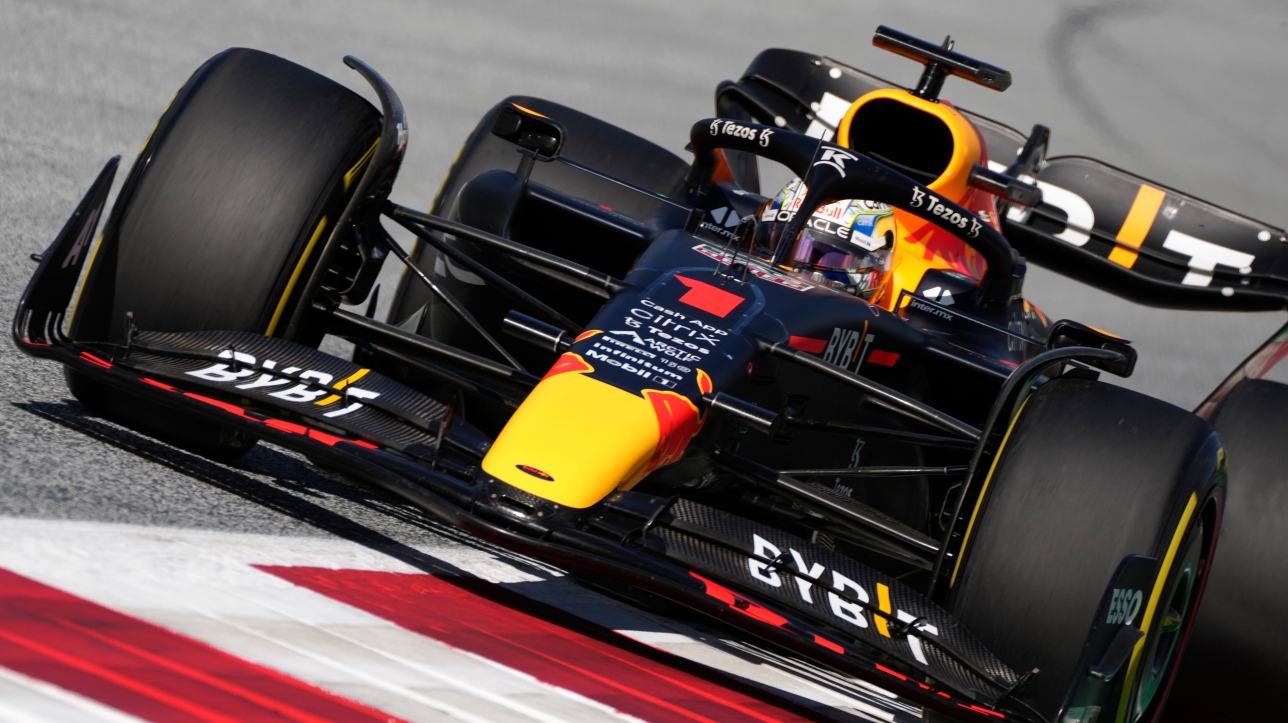 Verstappen won the 23-lap event, which was supposed to be 24, but one lap was withdrawn due to rider problems at the bottom of the grid in bright sunshine and comfortable temperatures at the Red Bull Ring.

“At the beginning we had a good pace, after which we all found ourselves on par. It’s a sprint race and we gave it our all … They (the Ferraris) were struggling in the back, so I managed to build a good lead, but then it stabilized. The car is good, we just need to adjust some settings, but in general we are still very competitive this weekend, ”said Verstappen, who also won the first sprint race of the season at the Emilia-Romagna Grand Prix in April. .

The Dutchman crossed the line 1.675 seconds ahead of Ferrari driver Charles Leclerc, while his ‘Scuderia’ teammate Carlos Sainz Jr. completed the podium.

“It was dangerous, especially in the first part of the race, because I had to fight with Carlos, then I was able to push towards the end … We hope to have a good start tomorrow (Sunday) so that we can push Max” , Leclerc said.

“We will have to improve our pace a bit because Max seemed very strong at the beginning, so we will have to reduce the gap … Tomorrow it will be a different race and the most important thing is that we are fighting and we will give everything to reach him,” he added. Sainz fils.

“It went well today. We managed to recover some positions on the soft tires, then we got stuck behind a train of cars, explained Stroll. It is difficult to progress, because in the middle of the field it is very tight, and because the soft tires lost grip at the end of the race. “

Only the top eight riders at the finish line of the sprint race scored points in the championship.

It was the second sprint race to be staged this season, after the one held as part of the Emilia-Romagna Grand Prix in April. The result of this shortened race was used to determine the starting order for Sunday’s Austrian Grand Prix.

As Verstappen flew over the circuit, much to the delight of the tide of orange-clad spectators cheering on the Dutch driver, a great fight took place behind the two Ferrari drivers. Sainz, who won the first race of his career at Silverstone last weekend, attempted several overtakes at Leclerc’s expense, but was unable to surprise the Monegasque.

Mercedes had to work hard in the 24 hours leading up to the start of the sprint race due to Russell and Hamilton going off the track in qualifying the day before, which damaged their respective cars.

The German team also indicated before the second morning free practice session that they had replaced the chassis of Hamilton’s car, which was irreparable. This did not prevent the seven-time world champion from recovering in the points.

Stroll’s Aston Martin teammate Sebastian Vettel visited the gravel pit following a collision with Williams driver Alexander Albon on lap 12. However, the German managed to get back on track, after losing a lot of time, but the British team asked him to pit to retire on the last lap.

The sprint race was marked by an error by the Alpine team, who forgot to remove the heating covers from the tires of Fernando Alonso’s car before the warm-up lap. The Spaniard therefore had to return to the pits and was never able to get out.

For his part, the Alfa Romeo driver Guanyu Zhou, victim of a spectacular accident last weekend at the British Grand Prix, hit a button that caused his car to immobilize a few meters from the starting grid. causing another heat-around, time to allow the Chinese to recover. Zhou finished 14th.

The start was marked by a collision between Alpha Tauri driver Pierre Gasly and Hamilton, which led to a spin by the French driver. The two men were able to continue, however, without too much damage.

Verstappen now leads the world championship with 189 points, 38 more than team-mate Perez. Leclerc is third at 145.