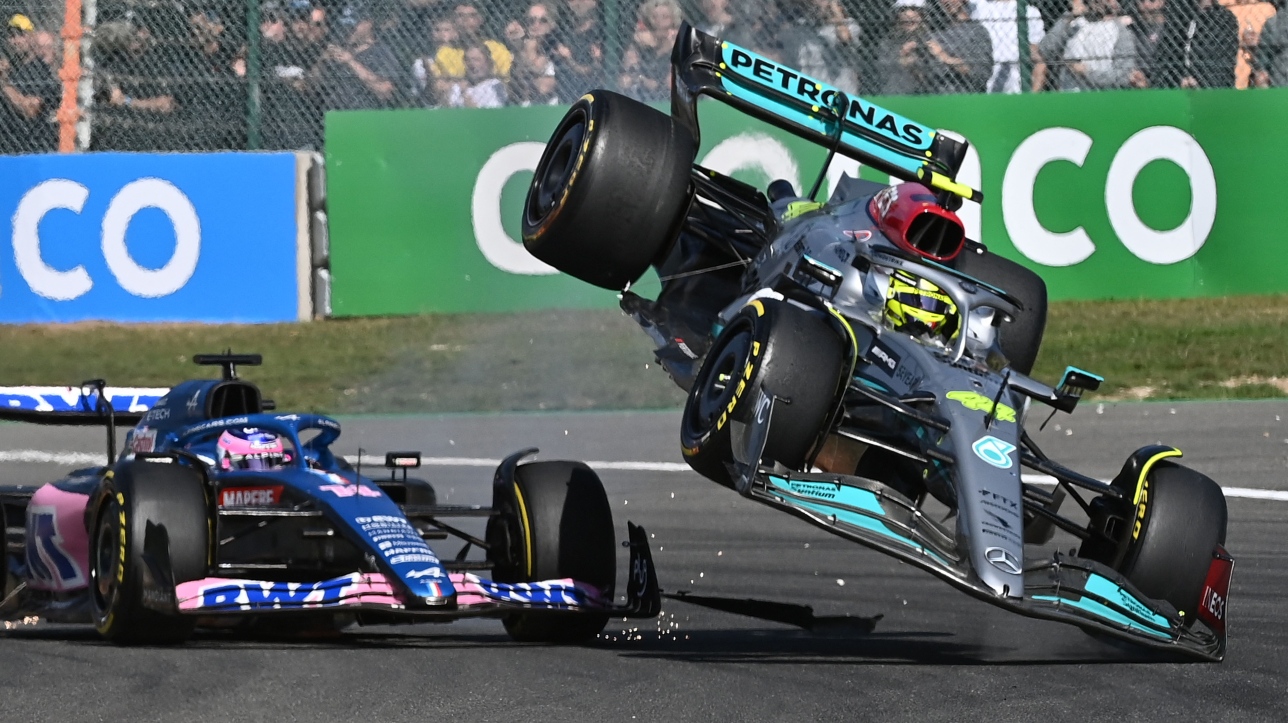 SPA-FRANCORCHAMPS, Belgium – After the verbal skirmish that accompanied the collision at the Belgian Grand Prix, Lewis Hamilton and Fernando Alonso changed their tone, the first apologizing for the driving mistake, the second putting his Sunday due to anger and the frustration and regret that his radio exchanges with his team were on air.

The British Mercedes driver and his Spanish colleague from Alpine clashed on Sunday in the first lap of the race at the Spa-Francorchamps circuit. Hamilton, seven-time world champion but only 6th in the championship and still looking for a win in 2022, crashed too soon when he wanted to overtake his Spanish rival in a corner and hit him, making an impressive leap with his car. He gave up on the first lap, Alonso finished 5th, far behind the untouchable Max Verstappen (Red Bull).

“What an idiot, closing the door like that from the outside… we got off to a great start, but this guy can only drive from the first place! “, Alonso had warmly railed in a radio communication.

Hamilton, while acknowledging his responsibility for the accident, made fun of him about the salty comment of the Alpine: “it’s beautiful”. “I know how you can feel in the heat of the moment, but it’s nice to know how he feels about me,” added the English driver, who explained that he has no intention of speaking to his former teammate at McLaren: “I do. I would have done until I heard what he said. “

The tone then changed. A few hours after the race, Sunday evening, Hamilton explained on his social networks: “First of all, I want to apologize to my supporters and especially to those who came to my support”, he wrote on Instagram. “After almost 30 years as a driver, the feeling left behind by a mistake hurts like the first time. My team, which works so hard, deserves better, “he added.

Alonso, who in addition to his comment had swung his finger in the direction of his rival after the incident, also tried to calm things down: “I was angry,” he admitted, regretting that radio exchanges are being broadcast with his stand. “It’s a pity that sometimes everything goes on the air, because if it goes on air, what you say (in the moment) becomes how you behave for the media”, added the 2005 and 2006 double world champion with Renault.

“Normally when you talk on the radio it’s just for your team,” Alonso continued. “I was frustrated at the time, that’s for sure.”