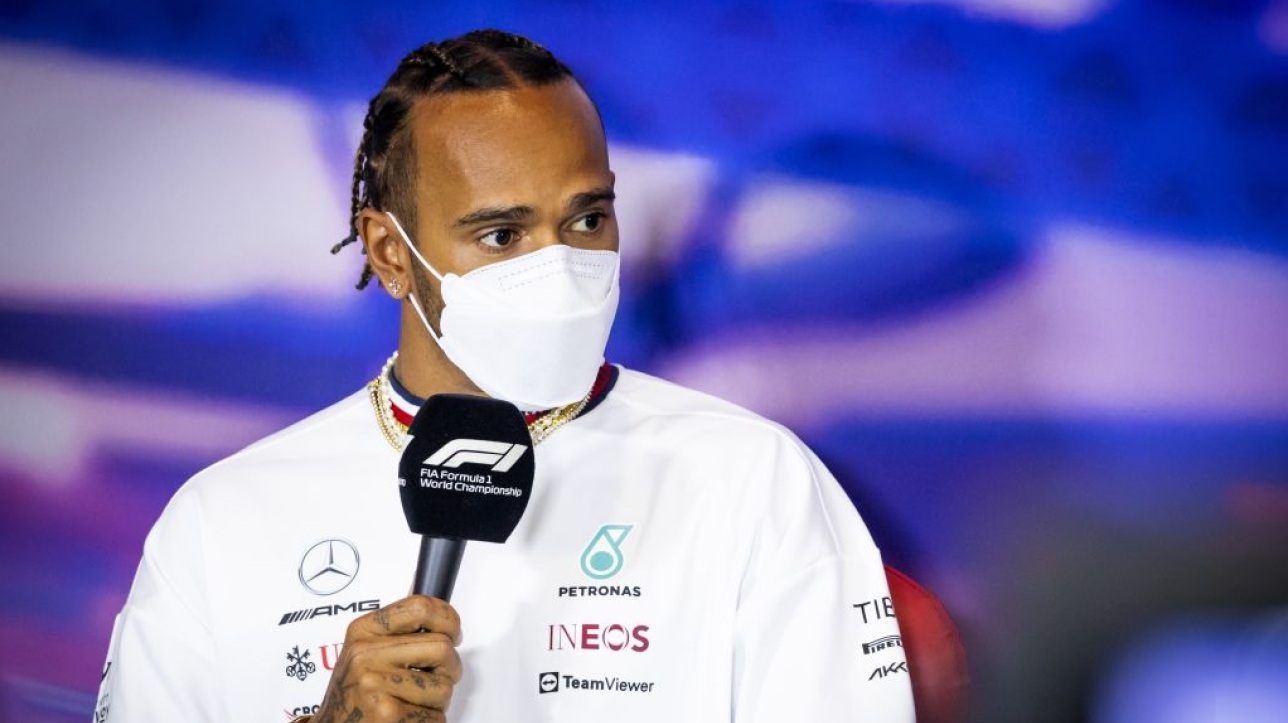 SILVERSTONE, UK – “Why do we give a platform to the voices of the past? Lewis Hamilton asked Thursday, referring to the words of former Brazilian Formula 1 champion Nelson Piquet, who in a video called him a “little black”.

“We shouldn’t be giving these people a platform. They are talking about our sport and we are trying to go in a completely different direction, it is not representative, ”explained the seven-time F1 world champion, very committed to the fight against racism, at a press conference ahead of Great Britain prices this weekend.

Nelson Piquet, 69, a former three-time world champion in the 1980s, “apologized wholeheartedly” to Hamilton on Wednesday, saying that the “translation” of the Brazilian word “neguinho” had not been “correct in many media outlets.”

Interviewed on Thursday at Silverstone, Hamilton invited the media and the world of F1 to look at “what we are today as a sport and where we want to go”.

“If we want to grow in the United States and in other countries, in South Africa (where F1 plans to return, ed), increase our audience, we must look to the future and give young people a platform that is more representative of today’s times,” He continuous.

“These past rumors, knowingly or not, disagree with people like me, for example, being in a sport like this,” continued the Brit. I don’t agree that women are here. “

“For a long time I have been the subject of racism and criticism, of negativity in archaic comments (…) So there is nothing particularly new for me”, he regretted, while stressing that it was a “global problem”.

The Mercedes driver said he was “incredibly grateful” to everyone who supported him this week, “especially the drivers”.

Asked about former F1 boss Bernie Ecclestone, who said on a British TV show that he would be ready to “take a bullet” for Vladimir Putin, Hamilton asked for the “responsibility” of the media in selecting their hosts.

“You know what you’re going to get with that kind of behavior and I don’t know what their purpose was, if it was to provoke and divide. “

“We don’t need it, listening to someone who believes in war, displacement and killing, and supporting that person (Putin) is beyond me,” added Hamilton, who asked not to “give ‘space’ to those who have ‘nothing positive to contribute’.

Hamilton and Mercedes also announced initial grants of five million pounds (€ 5.8 million) on Thursday through their joint program called ‘Ignite’, which is part of the British star’s contract extension and is intended to increase diversity in motorsport.