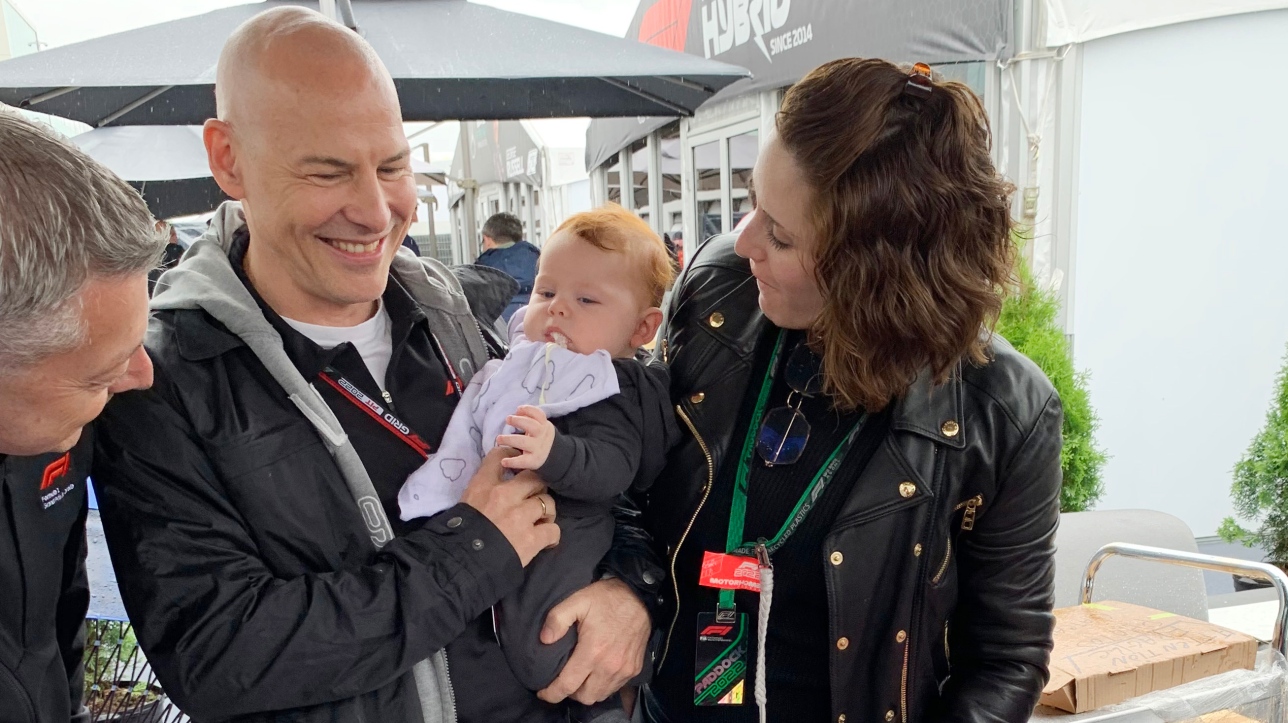 MONTREAL – Jacques Villeneuve has never had his tongue in his pocket and his fifties will not change it.

Encountered on the sidelines of the Canadian Grand Prix, where the 25th anniversary of his world title was celebrated in 1997, Villeneuve doesn’t mince words when asked to comment on the complaints of several drivers, Lewis Hamilton in the lead, about porpoise.

“It’s up to the teams to solve the problem, he reacted in front of a cake on the occasion of the anniversary. The rules are the same for everyone. Those who crashed, so much the worse for them.

“We must not make regulations that help those who have done wrong. We have seen it with Mercedes and its drivers, they have complained more and from what we see about possible changes to the regulations, this penalizes them more than others. So this makes me laugh a little. “

On Thursday, the International Automobile Federation (FIA) issued a directive asking teams to make changes to reduce or eliminate this problem. All this in response to images of Hamilton struggling to get out of his car at the end of the Azerbaijani Grand Prix last week, due to back pain caused by this aerodynamic phenomenon which causes enormous vibrations.

“To go faster, you have to get closer to the ground,” Villeneuve continued. It’s like in the 80s, 90s, to go fast you had to run close to the ground and grit your teeth. It’s a choice. “

And referring to the complaints of Hamilton and Mercedes who have struggled more than others since the beginning of the season, it is not very conciliatory.

“They complained a lot about trying to change a rule, to raise the budget cap so they can redesign their car, not because of porpoising, but because their car has failed. It is up to them to adapt. The others have succeeded. “

Ferrari made the right choice

Smiling and relaxed, Villeneuve also commented on Ferrari’s recent reliability problems, which have led to two retirements for Charles Leclerc in the last three races. But according to him it would be wrong to consider Ferrari defeated.

“The regulation is a bit strict for the engines, which will be frozen for four years. On the other hand, engine manufacturers can work on reliability and when we work on reliability, we improve power. Hence, it is better to make a very powerful engine that breaks, but we can improve, rather than a weak engine that does not break, but will stay that way for four years. “

Accompanied in the paddock by his wife Giulia and the latest member of the family, Gilles in homage to his father, born earlier this year, Villeneuve appreciates what he is currently seeing in Formula 1.

“We see it this year, there is a lot of competition. Pilots can be more aggressive, attack more and that’s it fun. “

Around the cake prepared for the occasion, Villeneuve had a hard time realizing that it has already been 25 years since he was crowned world champion.

“I have the impression it was yesterday, he launched himself at the promoter of the Grand Prix, François Dumontier. It’s incredible. All that’s missing is a win here. “

Dumontier joked, “if only I could have avoided the wall of champions”, referring to the famous trap that claimed many victims at the exit of the last corner of the circuit.

“No no! You must have left your mark there, everyone is talking about it,” Villeneuve replied, laughing.

He also recalled with emotion the big public holiday at the Moslon Center that followed his world title.

“At the time, it took my breath away. It’s time I really realized what it meant to have won, to have represented Canada, Quebec internationally. To see all the excitement. He moved me, because I didn’t expect it. “

While many believe his successes contributed to the sustainability of the Montreal event, Villeneuve is quite happy to see F1 being popular with several generations of fans.

“There are several generations in the stands, so people watching F1 while I was driving. It is a passion that passes from father to son, from mother to daughter, and has returned this year. Maybe it’s because of the two years we’ve all been locked up at home. He needed something exciting. And F1 has become very exciting again in the past couple of years. There’s action on the track and it’s fun. “