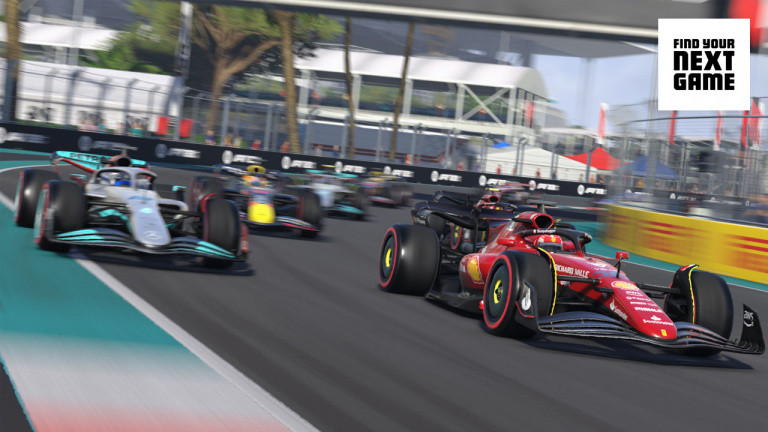 Game news F1 22: The PS5 version will have an advantage

The release of F1 22 and the communication around the Electronic Arts title is approaching. After the announcement of the arrival of virtual reality in the racing game, we now learn that the PlayStation 5 version of the game will have an advantage over other game consoles.

DualSense at the service of sensations

If only a few hours ago we learned that the PC version of F1 22 will be compatible with the Valve Index, HTC Vive and Oculus Rift VR viewers to put you in the role of a pilot, from now on EA indicates that the PlayStation version 5 will also be entitled to a small additional feature. The game developed by Codemasters, such as Gran Turismo 7, intends to take into account the different characteristics of the DualSense, the PlayStation 5 controller, to maximize the sensations.

As you may have guessed, the mechanical sports game scheduled for July 1st will use the adaptive triggers of the controller from Sony’s latest machine. The goal here is to strengthen the resistance of the triggers when braking or losing control of a vehicle to reinforce immersion.

For the PS5, adaptive triggers are used by directly correlating the trigger resistance to the slip ratio of the tires. This means that when your car “swerves” under braking, the degree of resistance of the brake trigger also increases, allowing for a more engaging connection with the car. Likewise, if you coast, the throttle trigger resistance increases. A subtle difference has also been implemented between the default resistance of the accelerator and brake triggers to simulate the difference in pressure required to activate the brake pedal versus that required to activate the accelerator pedal in a real Formula 1 car. . Steven Embling, Senior Game Designer at Codemasters

Tactile feedback and loudspeaker also on the program

That’s not all, Codemasters also made it clear that the DualSense’s haptic feedback and speaker will also be put to use. The first technology will allow players to feel the collisions thanks to the vibrations of the controller, but also to the different textures of the terrain. We therefore imagine that we will be quickly alerted by localized vibrations when, for example, we leave the road.

Using the tactile feedback of the PS5’s DualSense controller, the sensations of collisions and surfaces have been significantly improved. This tactile feedback helps communicate fragments of individual surface debris and thus creates a much more immersive experience when it comes to representing the car at a particular point on the track. More specifically, this sensation can be localized to the left or to the right. A perfect example of this is when only the left wheels of the player’s car are pressed aggressively against the edge of the road, the feedback is heard only on the left side of the controller, increasing the realism. Steven Embling

Finally, the controller speaker will be used when a race engineer decides to speak. The latter in particular gives directions on the circuit and helps you get to your destination thanks to their good advice.