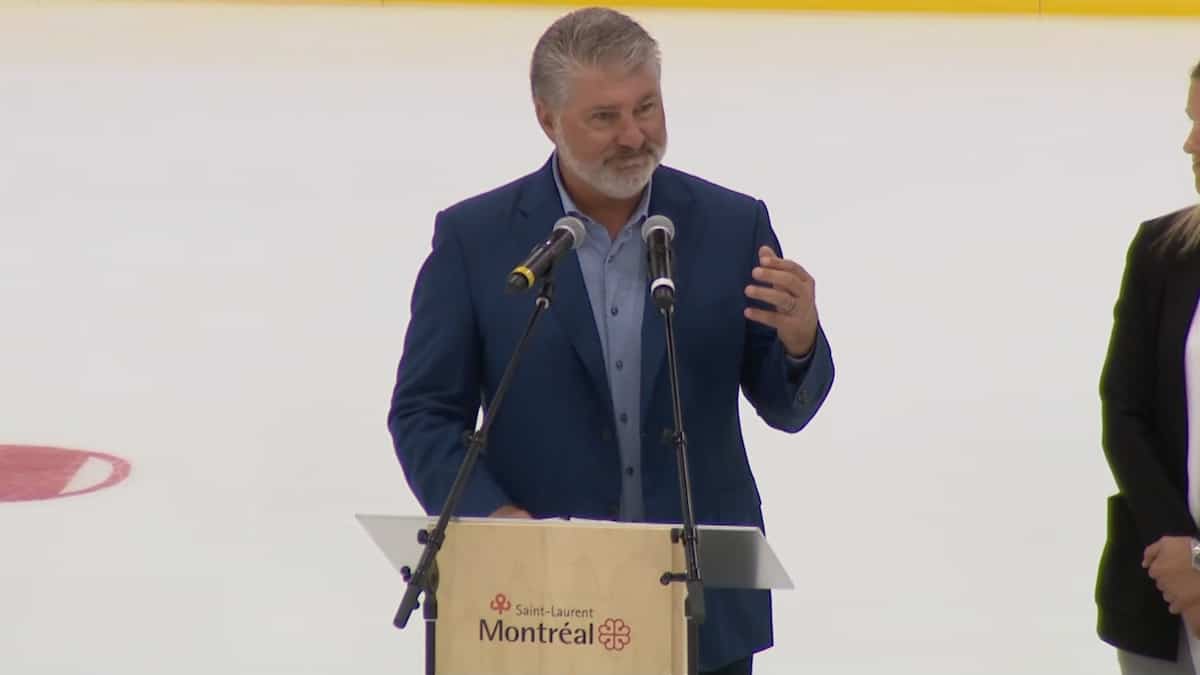 The Raymond Bourque arena, in the Saint-Laurent district, inaugurated on Saturday its new ice completely renovated with a new scoreboard and an ecological shift.

Check out Kevin Crane-Desmarrais’ report in the video above.

The former National Hockey League defender whose name is associated with the arena was present with his family at the ceremony, where several admirers came to cheer him on. In short, a sign of affection that moved him.

“It’s a real honor,” Bourque told TVA Nouvelles. I did what I was passionate about from a hockey point of view. Not that it came easy, but it was easy to do the things that gave me the success I have had.

“Being recognized for it and being able to help or inspire people with what I’ve accomplished is fun. It is not something that I am looking for. I was passionate about hockey.

The Hall of Famer got the bug looking at the Montreal Canadiens dynasty of the 1970s.

“When I saw the Canadiens, I was inspired to look at guys like Larry Robinson, Guy Lapointe and Serge Savard. Even the gentleman next to me “, he told Benoit Leduc, his friend and former physical education teacher, godfather of his son.

Ironically, an athletics track is located near the imposing arena: it bears the name of Mr. Leduc. The two men laugh at this fate. They hope to inspire the current generation of athletes.

“He served me as a model,” says Benoit Leduc. When the Bruins came to Montreal on Saturdays, they often did a light workout in the morning. I have brought deserving students to practice. They were taking pictures, then he was signing autographs.

Mr. Leduc is delighted with Raymond Bourque’s involvement in his former neighborhood and especially the illustrious career he has enjoyed.

“When you plant a seed, you don’t know what it will give. She gave a nice athlete. He gives well to his community here and also in Boston. I am very proud of him. “

Bourque spent 22 seasons in the NHL, including 20 with the Boston Bruins. He won the Stanley Cup with the Colorado Avalanche in 2001 before hanging up his skates.

The renovation of all the spaces and the adaptation of the electromechanical systems will make it possible to obtain energy savings of almost 40% for this project that aims at LEED Silver certification.

During these works, which began in September 2019 and completed in July at a cost of 28.8 million dollars, the 1,144 seats on runway A were replaced, while new stands were installed on the other.

Users will also appreciate the atrium where the shirts worn by the old number 77 are displayed and the wood, in homage to the initial construction, is at the center of the spotlight.

Aréna Raymond-Bourque has set up spaces reserved for wheelchair users in the center of the two skating rinks. Other facilities have also been set up to improve universal accessibility, including a level entrance.

There is a healthy dining area there, as foods high in “trans fats”, fried foods and sugary drinks were eliminated in 2008.

The work was made possible as part of the support program for the redevelopment of municipal arenas, which has as its objective the 34 arenas of the city. The project was financed 65.23% by the Service des grands parcs, du Mont-Royal et des sports de la Ville de Montréal and 34.77% by Saint-Laurent.

Financial assistance of $ 7,500,000 was also granted by the Ministry of Education and Higher Education.