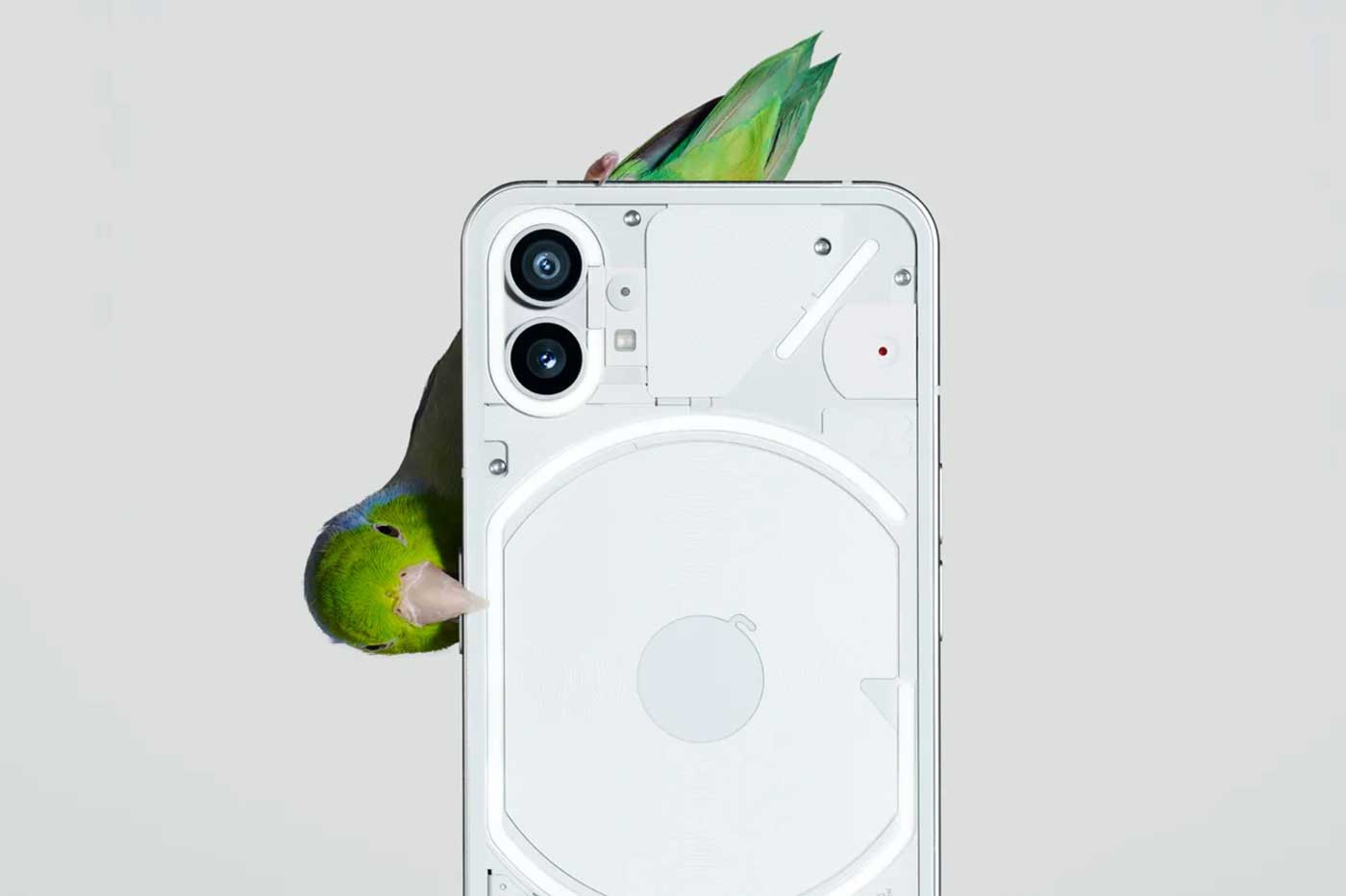 The Nothing (1) phone will be one of the curiosities of the summer in the world of mobile telephony. Although it will only be presented on July 12, we already know almost everything about the brand’s first smartphone.

Awaited for months, the first Nothing smartphone is about to be launched. The young brand, created by Carl Pei, to whom the OnePlus brand is also owed, must formalize its second product in a few days. The phone (1) will join the true wireless ear headphones (1) and is necessarily an event.

In this file we have collected the most reliable information about this new device. From design to data sheet, including colors and prices, there are already many elements circulating on the phone (1). Inevitably, there may still be some changes after the official announcement.

What design for the Nothing (1) phone?

This is one of the elements for which the brand has been more talkative. A master of timing and communication, Nothing took his time before revealing part of his device. The producer has multiplied the teasers to increase the wait, up to show an official photo.

It features the back of the device in a transparent white color. As for its headphones, the company tries to take care of the details and offers a rendering in line with the principles of the brand. Since its launch, Nothing communicates more than it actually offers about its philosophy and its desire to offer transparent technology.

The phone (1) responds to this approach, not entirely surprising. The youtuber MKBHB did not wait for the official announcement to take control of the transparent smartphone. He offered a first glimpse of the smartphone whose front resembles many models of the moment. The edges are rounded and the perforated screen houses a front-facing camera.

The rear is obviously more striking, with an intriguing LED system. Referred to as a “glyph” by the manufacturer, these 900 LEDs can flash individually and be customized. They will be able to alert the user in case of notifications, offering a different animation for each event (calls, SMS, charges, etc.).

In the last few hours we have also been able to discover the phone (1) in black (see below). At launch, the smartphone will therefore be entitled to two different colors. The more attentive may have noticed that a video published by Nothing already hinted at the existence of a mode with black chassis. The company already offers its headphones (1) in black and white, it seems logical to continue this choice with its first smartphone.

What will be the datasheet of the Nothing (1) phone?

As for the design, the Nothing (1) phone data sheet is the subject of a lot of rumors. In the confirmation department, it is now confirmed that this is a mid-range model equipped with Qualcomm’s Snapdragon 778G +. The decision may surprise you as a high-end device is more likely to make an impression.

However, the bet is risky and it makes more sense to see Nothing move into this segment. Even if the competition is fierce, this will allow it to make a name for itself and convince of the interest of its presence on this market. Carl Pei also justified the choice of the Snapdragon 778G + by presenting it as “The most balanced choice”. In fact, the chip tries to offer the right balance between performance, energy consumption and costs. The manager adds “The most powerful chips have diminishing returns” and that it was important to cultivate autonomy.

For Nothing, this announcement is above all a confirmation after the numerous leaks and rumors. The phone (1) would have a 6.55-inch AMOLED screen displayed in Full HD +, with a refresh rate of 120Hz. Its Qualcomm chip would come with 8 to 12GB of LPDDR5 RAM and 128 to 256GB of storage space in UFS 3.1.

For the photo, the device would house a 50 megapixel main sensor and a 16 megapixel secondary sensor. We do not know the nature of the latter while selfies would be provided by a 16 megapixel front camera.

Nothing seems not to want to exaggerate or multiply the sensors. The set would benefit from a 4,500mAh battery with 45W fast charging.

What remains to be discovered

More than performance or technical choices, it’s about the user experience. The smartphone will be under Android 12 and will be able to count on Nothing OS. This overlay promises to be one of the strengths of the device, focusing on simplicity and transparency. Apple’s universe and connectivity appear to be reference points for Carl Pei’s company.

For now, we already know that the brand has 3 years of major updates and 4 years of security updates.

When will Nothing (1) phone be available? And at what price?

Here are two important questions and there is already information circulating. First of all, we know that the smartphone will be presented on July 12th and that it will be available in different variants.

Even before its presentation, Nothing has decided to open a waiting list to pre-order its future device. The method is reminiscent of the sneaker segment and involves the registration and payment of a deposit of 20 euros. Also remember the approach of OnePlus in its early days and you have to be patient, because the quantities are limited. “When you receive the invitation, it guarantees you a place to order the phone (1) from July 12 and a gift from Nothing “He writes the brand on his website. Note that the phone (1) was also auctioned, for the first 100 models.

As for pricing, the most recent leak comes to us from Amazon. The famous dealer listed the smartphone ahead, showing a price of 469.99 euros for the version with 8 GB of RAM and 128 GB of storage. The fare came with a release date of October 26, 2022, several months after the announcement. We will have to wait for the formalization to find out more.