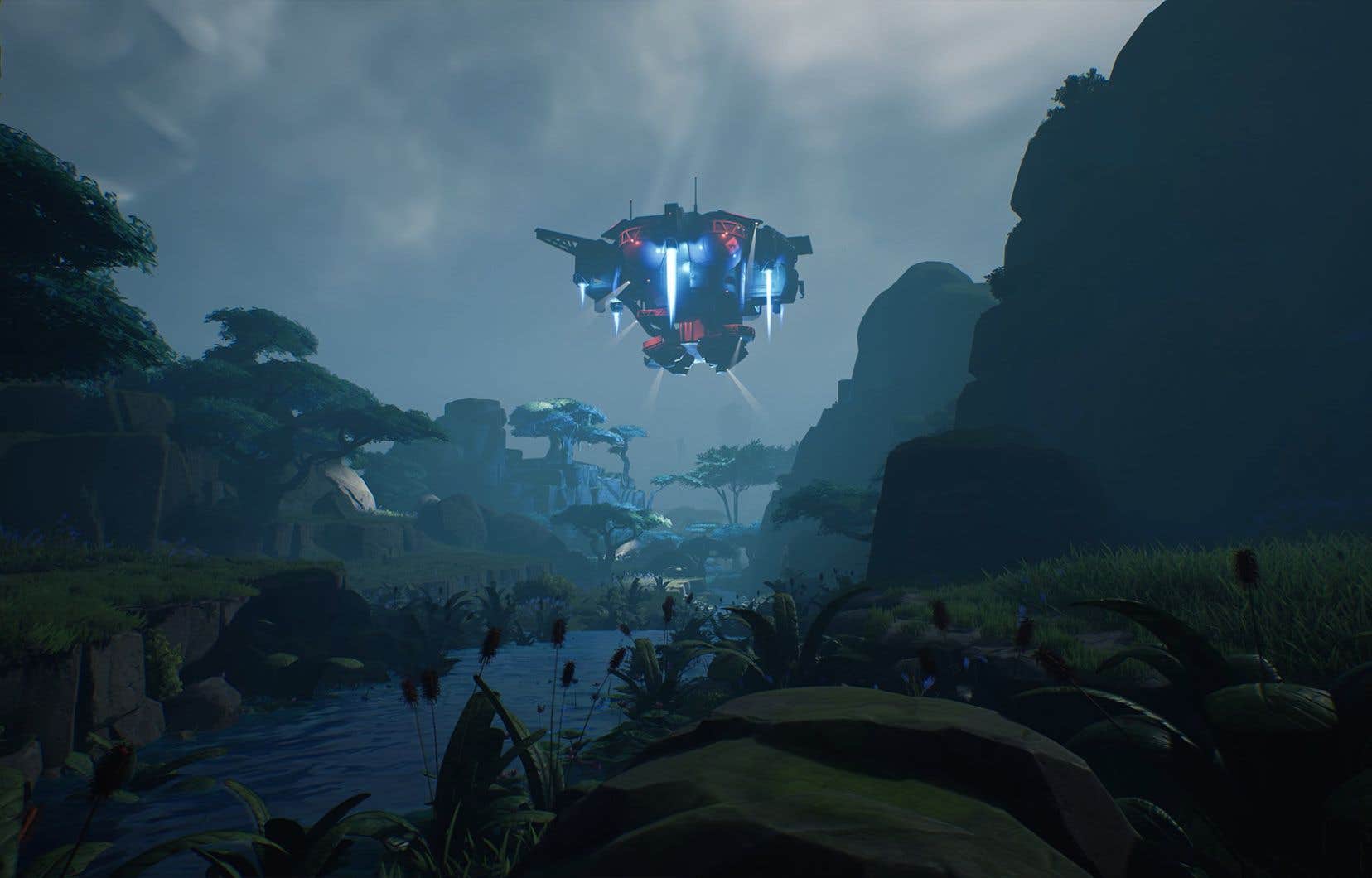 The cycle: frontier is a first person shooter that has seen patchy development. Originally titled The cyclethe match was yet another battle royal which went under the radar of an already saturated genre. German studio YAGER therefore changed its recipe to bring its title into the genre looter shooterwhose popularity is booming thanks to the excellent Escape from Tarkov.

Free and more accessible than the latter, The cycle: frontier takes place on both the planet Fortuna III and the space station Prospect Station. Players embody the “seekers”, a kind of adventurer who descends to the surface of Fortuna III to recover precious resources at the risk of their lives. This planet once inhabited by humans is now a field of ruins over which local and hostile wildlife has taken over.

Prospect Station’s economy, where our personal quarters are located, is dominated (for now) by three main factions: Korolev, Osiris and the ICA. These basically get us to do their dirty work on Fortuna III. Each contract earns K-Marks, the base currency on the station, as well as faction points, which give you access to better equipment. We also receive scripts, which allow us to improve our neighborhoods.

The game cycle is simple, yet addicting. First we accept a contract (a search). We then land on Fortuna III, alone or as a squad, with the equipment we deem necessary to carry out our mission – and which we are ready to lose in case of failure. This mission is accomplished, whether it is to recover precious resources, to deposit an object in a specific place or to kill some specimens of the local fauna. Along the way, we loot everything we find worthy of interest and kill other players who stand in our way.

When we are ready to leave Fortuna III, we go to one of the mining sites where a ship comes to pick us up. In the event of a successful extraction, we keep everything we looted during our raid. If, on the other hand, you are killed during the adventure, you lose everything you had plundered and brought in advance. Rinse and repeat.

The handling of weapons

As of this writing, players can explore two maps, one of which has a more dangerous environment than the other. Their design is one of the game’s highlights – each is comprised of open spaces dotted with numerous points of interest where the action is most likely to happen. Fortuna III is both a living planet, full of lush vegetation, a world full of riches and a huge playground where tension constantly keeps us in suspense.

Weapon handling, central to a shooter, is quite good. The weapons are well designed, varied and the shots are punchy, aided by a thundering sound design. Not everything is perfect, however, since The cycle suffer from a balance problem. The equipment, including weapons and armor, is divided into different levels of rarity. This system makes matches with better equipped players extremely difficult to win, even with the same skill level. And difficult becomes even impossible for a solo player who crosses paths with a well-equipped duo or trio. It is better then to withdraw and hope to go unnoticed.