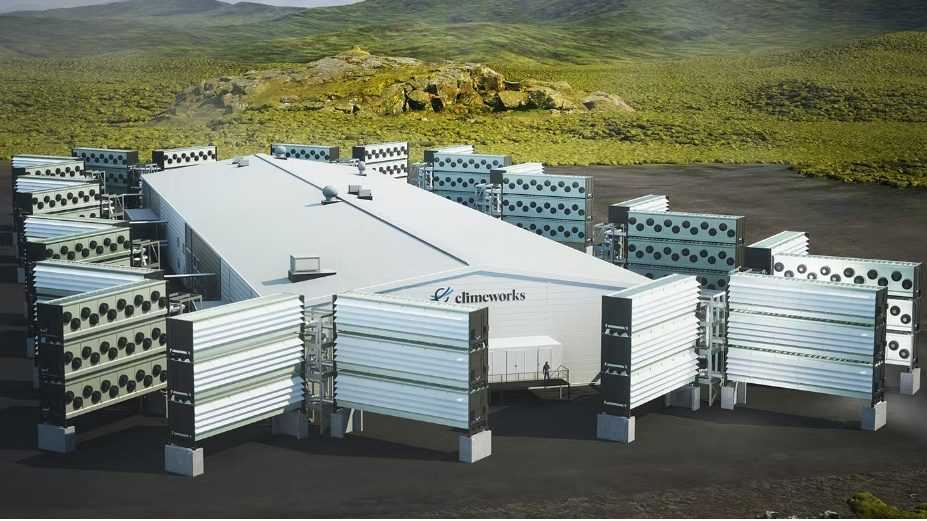 Swiss company Climework has announced the start of work on Mammoth, an innovative DAC plant that captures 36,000 tons of CO2 per year from the air.

In Iceland, construction has begun on the Mammoth (mammoth), a large power plant designed to capture the carbon dioxide (CO2) present in the atmosphere and fight global warming. It’s true. Unlike conventional power plants which, to produce energy or not, emit greenhouse gases into the air, the main catalysts of climate change, this revolutionary infrastructure is “friendly” to the environment and allows us to reduce the serious damage we have done with the carbon emissions. Technically, it is a Direct Air Capture or DAC (Direct Air Capture) system, which sucks air from the environment, filters it and removes harmful CO2.

The Mammoth factory, which will be operational between 18 and 24 months, at the end of the works will be the largest project of its kind after the commissioning of Orca, the “sister” factory started last September and also built in Iceland. In fact, if Orca manages to capture up to 4,000 tons of CO2 per year, equivalent to the pollution produced by about 800 polluting cars, the new plant will be nine times more efficient, removing 36,000 tons of CO2 from the atmosphere. It may seem like a large number, but in reality, in order to affect the stratospheric quantities of CO2 that we have introduced into the planet since the beginning of the industrial era, we should be able to extract 85 million tons of CO2 per year, as indicated by the l ‘International Energy Agency in a report. For the moment with these prototypes – there are about twenty of them in the world – we are stuck at 0.01 million per year.

The excavation area for the new plant in Iceland. Credit: Climateworks

Despite their low overall impact, these early DAC factories form the basis for building much more ambitious factories. Orca and Mammoth are both built by the Swiss climate technology company Climeworks; in the press release in which the company announced the start of work on the new plant, it was noted that the foundations were being laid to develop the first one million tonne plants by 2030 and gigatonnes by 2050. in a few decades, therefore, it could really be possible to undo – at least in part – the very serious damage we have caused to the environment, to biodiversity and to ourselves as a result of profit and unlimited “growth”.

These factories rely on fans that suck in air, capture CO2 with an acid filter, and funnel it through large pipes – along with tons of water – deep into the ground. Here the carbon dioxide reacts with the basalt rocks giving life to carbonate minerals, in practice other rocks (which solidify in a few years). Part of this CO2 can also be used to produce soft drinks and fertilizers. Of course, DACs need power to operate, but their impact could be zero depending on where they are built. Both Orca and Mammoth are located near the Hellisheiði geothermal power plant and use Earth’s energy to function. These are currently only conceptual projects with a limited impact on climate change, but in the future these plants could represent a real breakthrough for the climate.