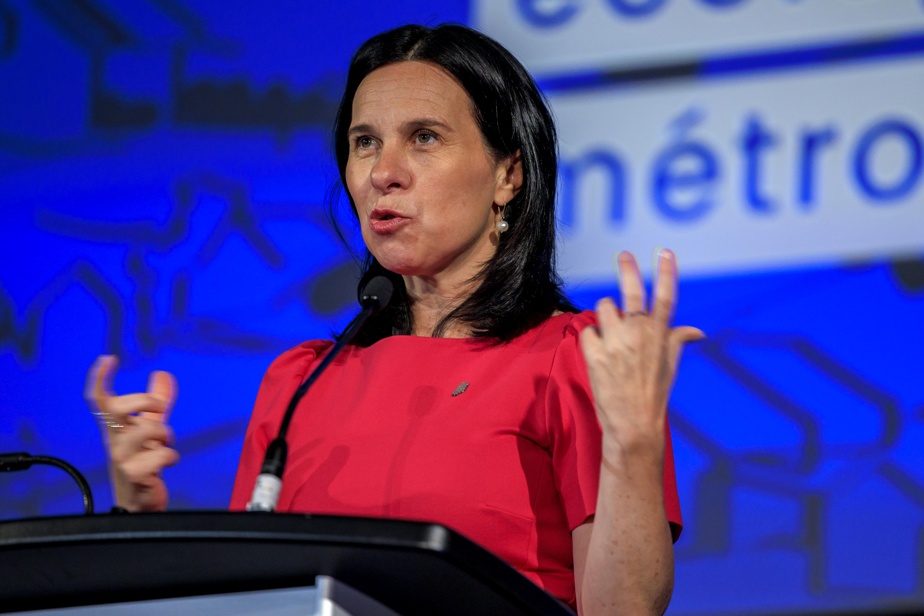 The Montreal Formula 1 Grand Prix must “get into the car of ecological transition,” Mayor Valérie Plante said on Friday, urging organizers to clearly state “what they will do” to reduce their environmental impact.

“It is a rather complex question. I want to know what the F1 organizers will do to get on the train, or rather the ecological transition car. To me, these are questions that are very relevant, ”said Ms.myself Plante during a Friday morning press scrum.

He was therefore reacting to the release of several environmental groups, who are openly calling for an end to this type of event in a context of climate emergency. Montreal, for its part, does not intend to question the conduct of this event. The City also has a contract to hold the F1 Grand Prix until at least 2031.

On Monday, former Dashing Cowboys drummer Dominique Lebeau launched a petition to end the Formula 1 Grand Prix in Montreal. Supported by several environmental groups, including Mères au front, Montreal Climate Coalition, Rivières Foundation, Environnement Jeunesse and Quebec Association of Physicians for the Environment, he calls for the event “to no longer take place in Montreal, Quebec or Canada”.

From an economic point of view, the Grand Prix remains “excellent news” for traders just emerging from an “extremely difficult” pandemic, said Valérie Plante. “To see this windfall of tourists and people from all over coming downtown to enjoy Francos and the Grand Prix right now is great news,” she said.

“All sectors” must ask themselves questions

That said, the mayor, known for her environmental political commitments, nevertheless reiterated that all events must now adapt to the climate crisis.

“Yes, that’s it, let’s look at F1 with reason, because it’s a car race. But when it comes to ecological transition, I think all sectors need to ask themselves questions and show the population how their fields of activity fit into this transition. This is what we must expect and ask of all organizers, including the Grand Prix, ”she said.

On Thursday, in response to groups wishing the end of the Montreal Grand Prix, his big boss François Dumontier indicated that his team is aware “we have a job to do”. “And we started, this work. We have had hybrid engines since 2014. There may have been a lack of communication on this, but we have set ourselves the goal of being carbon neutral by 2030. It doesn’t happen overnight. These are stages that we will go through. Sometimes they are small gestures, but we are aware of them and we will work on them ”, he promised.